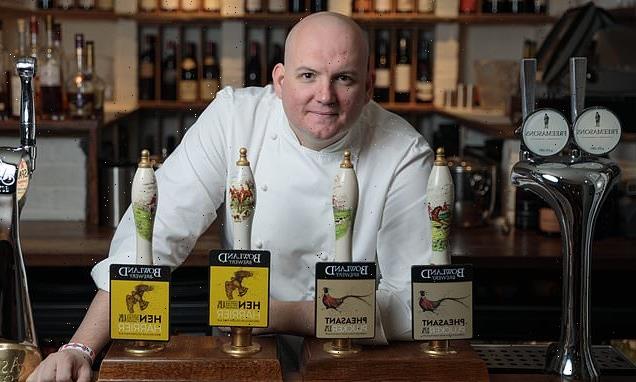 You’ve been cooking hotpot all wrong! Chef from award-winning gastropub reveals how to make the perfect Lancashire hotpot – and the secret to not burning the potatoes on top 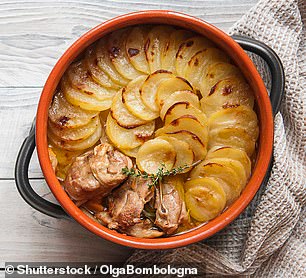 It’s one of the most comforting winter warmer dishes – and a top chef has revealed how to rustle up a gourmet, posh version.

Award-winning chef Steven Smith has revealed his tips for creating the ultimate Lancashire hotpot, as well as sharing his secret to not burning the all-important layer of sliced potatoes on top of the lamb-based dish.

Steven is the culinary maven behind Freemasons at Wiswell, the Lancashire pub that was recently named the UK’s third-best gastropub in the prestigious annual Top 50 Gastropubs Awards. Not only that, but the pub – which lies in the charming village of Wiswell in the Ribble Valley – has an impressive three AA rosettes to its name.

Speaking to MailOnline Travel, Steven says: ‘The recipe for a hotpot wants to be really simple as it’s typically a pauper’s dish and so has simple, humble ingredients.’ 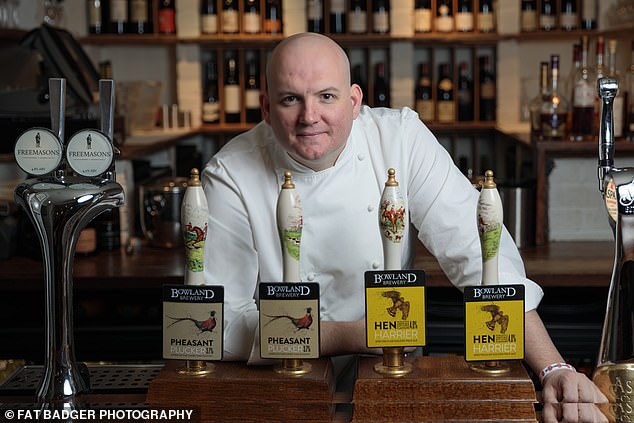 Breaking down the Northern staple’s key ingredients, he continues: ‘At the Freemasons at Wiswell we always use lamb neck as it falls apart perfectly, some sliced onions, peeled sliced carrots, lamb stock and flour – that’s it.

‘For the lamb stock, this is best if it’s homemade using leftover lamb bones from a roast lamb dish, plus onions, garlic and any vegetables that need using up at home such as celeriac, leeks, carrots and greens.

‘To add more depth of flavour, season liberally with salt and pepper, and feel free to chuck in some juniper berries, cloves and bay leaves. Throw everything into a large saucepan, cover with water and simmer for a few hours.‘

A longer cooking time equals a better hotpot, Steven reveals. The chef, who has been running Freemasons at Wiswell since 2009, explains: ‘The longer you simmer, the better flavour you will have.’

He continues: ‘Once you’re ready to layer [the meat with potatoes], we always line the casserole dish with lamb fat which provides added flavour.’ 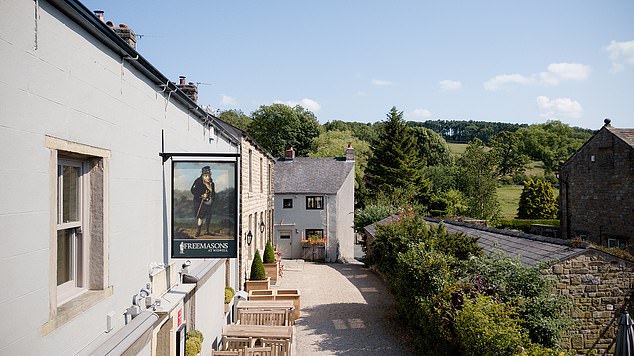 Steven is the award-winning chef-patron behind Freemasons at Wiswell, the Lancashire pub that was recently named Britain’s third-best gastropub in the prestigious annual Top 50 Gastropubs Awards

What’s the trick to preventing the spuds on top from burning?

Steven explains: ‘Traditionally you want to make a really crispy top potato layer. You can easily burn this, so how we do this at the Freemasons is to slice thicker potatoes for the top layer and top this with the lamb fat. For the other layers, you want to slice the potatoes really thin.’

Next, it’s time to pop your dish in the oven.

Steven says: ‘Once you’ve layered your hotpot, cook the dish with tin foil at about 180C in a conventional oven – or 160C for a fan oven – for two hours. Then, when you take the tin foil off, make sure to turn the oven up high to make sure the potatoes on top are really crispy.’

The chef also has a recipe up his sleeve for a fancier take on the traditional Lancashire dish.

He reveals: ‘If you really want to go posh, which we do sometimes, we put lamb kidneys and sweetbreads in the dish as well.’

Those wanting to sample Steven’s culinary creations for themselves can stop by the gastropub to dine on a tasting menu or to enjoy one of his chef’s table experiences, which offer the chance to see him at work in the kitchen. 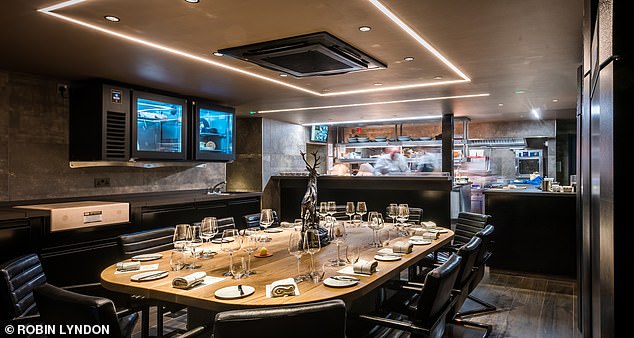