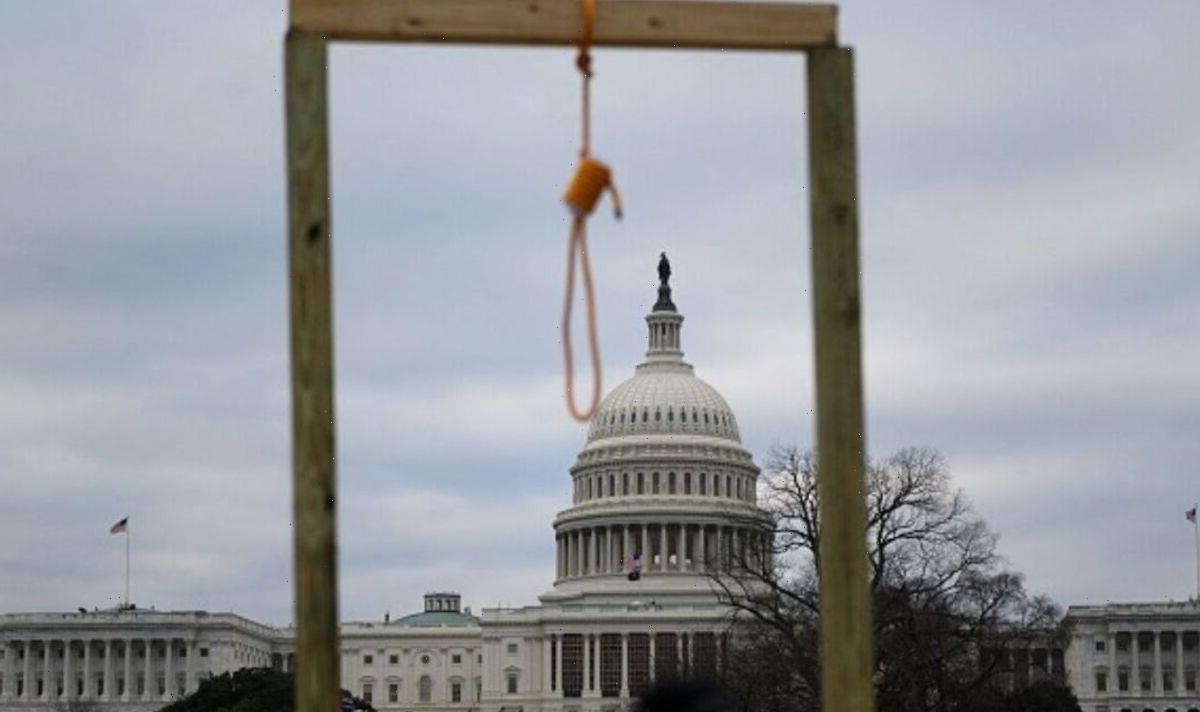 On January 26, 1996, Billy Bailey closed his eyes and sniffed before a black hood was placed over his head. Just 11 minutes later, he was pronounced dead. The 49-year-old was the first to be hanged in Delaware in a quarter of a century — and the last to be hanged in the United States.

At around 12am on the day of his execution, Bailey was already standing on the wooden gallows, the noose swinging from side to side in the cold wind beside him when the witnesses shuffled in.

Around 70 death penalty opponents and 20 supporters of the execution had gathered, some of whom were related to Bailey’s victims. Up until that point, Delaware had not allowed family members to witness executions.

However, the couple’s then 40-year-old grandson Dennis wanted to witness Bailey’s death as he told the Los Angeles Times in 1996 that he wanted to “see justice done”.

The Lambertsons’ daughter-in-law, Mary Ann, thought the day had not come soon enough. She said: “I think it’s really past time this should have come about. It’s been too many years. I happened to be the poor soul who found the bodies, and it was a gruesome sight.”

Warden Robert Snyder asked Bailey whether he had any last words — he did not. A black hood was placed over his head and chest and the noose was tied around his neck before the trapdoor was released. Witnesses told The Washington Post that the scene reminded them of a rag doll.

Although the gallows were built on Delaware Correctional Centre grounds a decade before Bailey’s execution, appeals had delayed his hanging until 1996.

In Delaware, the method of execution had been changed to lethal injection in June 1986 after Bailey was sentenced to hang. He chose to stick with the execution method he was given when convicted because “the law is the law”. He had told his lawyer, Edmund D. Lyons, that he hoped his death would bring the family peace.

Born in Smyrna, Delaware, in January 1947, Bailey was the ninth of 23 children. His early life was dire: his mother died when he was less than a year old, and his father when he was six. He lived in poverty and suffered physical abuse, living in various foster homes from the age of six to 14.

Later, after his wife had a daughter, he began drinking “excessively”. When his child was just months old, she was badly burned in a fire which left her needing her hand amputated. His in-laws blamed him for his daughter’s injury, and he was later prevented from seeing her. His drinking only increased.

State records show that he was then convicted of forgery, committed in the autumn of 1978, and while awaiting sentence, he lived at Plummer House, a community corrections centre.

The following year, after living with his foster sister Sue Ann Coker for a brief period he moved back to Plummer House before escaping. At 3:30pm on May 21, 1979, he turned up at Mrs Coker’s house upset, swigging a bottle of vodka — although he did not appear drunk — and refused to return to the facility.

Bailey then went with Mrs Coker’s husband, Charles, on the school run. It was then that he would commit the double murder.

On the way to Mr and Mrs Coker’s son’s school, Bailey asked to be dropped off at a package store. There, he robbed the clerk at gunpoint, emerging from the shop with a bottle in one hand and a .22 calibre pistol in the other.

He then told Mr Coker that the police would soon be arriving before asking to be dropped at Lambertson’s Corner, less than two miles away. Mr Coker did as he asked before returning to the package store where he contacted the police and reported Bailey. In the meantime, Bailey committed a far worse crime.

He murdered the Lambertson couple, shooting them multiple times before running off to a wooded area where he was caught. Mary Ann found the bodies of her in-laws slumped on chairs as Bailey had arranged them, having heard the shots.

The Washington Post reported that half of Mr Lambertson’s face had been blasted with Mrs Lambertson’s hand shot through, the one she would raise to her chest when startled.

Their grandson Dennis said: “One of [them] watched the other one get blown away. They were kind of old, feeble people. My grandfather kind of wobbled when he walked.”

When asked why he had committed the murders, Bailey could not give a reason. ”I don’t really know,” he said. “I just know that I feel bad about it. It hurts sometimes when I think about it. When I say hurt, I think about the Lambertsons and how much they hate me and I start to cry and sometimes I cry myself to sleep at night.”

Bailey will likely be the last person to be executed by hanging in the United States. Today, only three states — Delaware, New Hampshire, and Washington — permit hanging as a secondary method of execution alongside lethal injection.