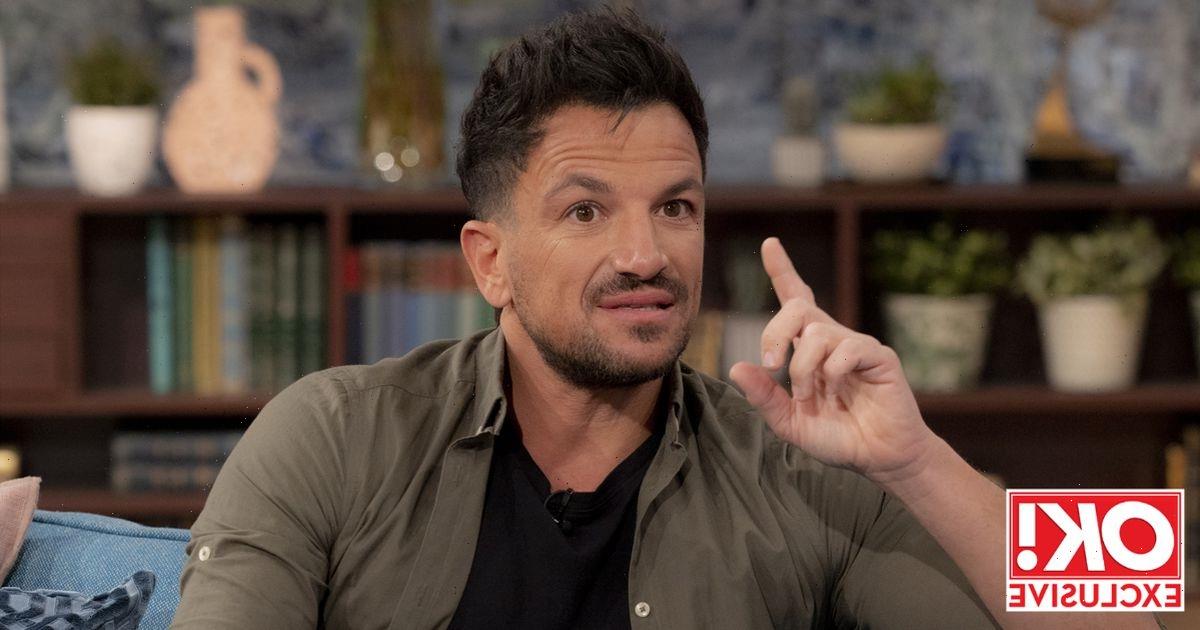 Singer Peter Andre has shared his thoughts on the latest NHS strikes, which has seen nurses on strike again and the ambulance service announcing further strike dates.

Writing in his weekly column, the 49 year old, who is married to NHS doctor Emily, weighed in on the NHS crisis and urged front line workers to be paid fairly. Here, Pete also discusses his mum turning 87 amid her ill health, as well as his rare night out with his wife. Sign up – for free! – to see what he has to say.

Since getting back from Australia I’ve had a really busy couple of weeks.

Last week I completed the final bit of filming for the feature film I’m in, so now we’re officially wrapped!

I also performed to delegates at the Australian embassy to celebrate Australia Day.

It was the first time I’d ever performed the Australian national anthem live and it was a very proud moment for me.

I’m actually planning to go back to Australia in September as I have two gigs out there. It also gives me an opportunity to see my parents.

It was my mum’s 87th birthday last week too, and it was nice we were with her so close to it.

It’s never easy to see people declining when they get older, especially when it’s your own mum. It’s tough and very emotional.

Although it was difficult to leave them at the end of our trip, seeing Mum smile and happy was the best – that’s what it’s all about.

The nurses were on strike again last week and the ambulance service has announced more strike dates for this month, February and March over pay.

In my opinion, we’re one of the luckiest countries in the world with our healthcare system and if anyone should be paid fairly for their services then it’s the people who are on the front line.

The stress the NHS is under at the moment is unbelievable.

On the few occasions that I have needed the NHS, I have been left with the feeling of how lucky we are to have accessible healthcare. I hope this gets resolved soon, for everyone’s sake.

Millie had the best time at her ninth birthday party. She had a party at a rock-climbing centre with her friends and she loved it.

She also had an incredible cake in the shape of a number nine.

I would love to take credit for it, but Emily organised it all. She plans things months in advance! I wish I could be like that.

A night out for a good cause

Emily and I enjoyed a rare night out together recently when we went to a Caudwell Children event.

It’s a charity that’s close to our hearts and we’re proud ambassadors.

Founder John Caudwell and his partner Modesta hosted a party at their incredible home in Mayfair.

The event was to thank people involved with the charity, which supports disabled children. It was a brilliant night.

Hearing about what police officer David Carrick did was shocking.

The 48-year-old admitted to dozens of rape and sexual offences against 12 women over almost 20 years when he was a serving officer and will now face jail.

It’s disgraceful that this continued to happen for so long. It’s vital that the public can trust people who are in a position of responsibility, such as police officers.

My thoughts are with the victims and their families. I also think it’s very unfair on the huge majority of police officers who work extremely hard and risk their lives for our safety.