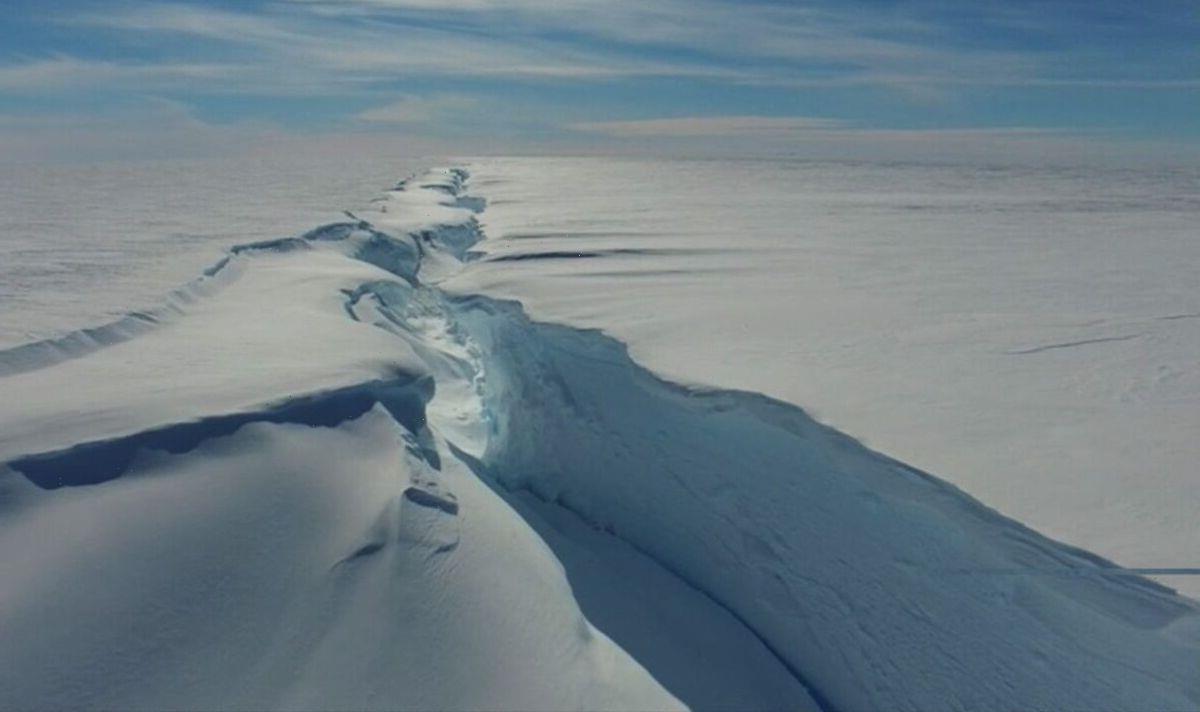 A massive iceberg about twice the size of New York City has broken off an ice shelf in Antarctica, but experts say it is not linked to climate change. Researchers noted the iceberg calved-or formed after cracks began developing over the course of a decade. But as they began extending across the entire ice shelf, this caused a newly formed iceberg to break free this weekend. It took place just 19 kilometres away the Halley Research Station, where scientists from the British Antarctic Survey (BAS) were monitoring its behaviour. After splitting from the brunt, the iceberg had a thickness of 150 metres and scaled an area of 1,550 square kilometres, almost the size of Greater London.

BAS researchers noted that the iceberg calved when the crack known as Chasm-1 fully extended through the ice shelf. This marks the second such major calving event in the area in just the last two years.

Professor Dame Jane Francis, Director of BAS said: “Our glaciologists and operations teams have been anticipating this event. Measurements of the ice shelf are carried out multiple times a day using an automated network of high-precision GPS instruments that surround the station.

“These measure how the ice shelf is deforming and moving, and are compared to satellite images from ESA, NASA and the German satellite TerraSAR-X.

“All data are sent back to Cambridge for analysis, so we know what is happening even in the Antarctic winter – when there are no staff on the station, it is dark for 24 hours and the temperature falls below minus 50 degrees C (or -58F).”

Despite the breaking-off occurring so close to their research station, BAS glaciologists say that the area currently remains unaffected by the recent calving events.

In a statement, they said: “The glaciological structure of the Brunt Ice Shelf is complex, and the impact of calving events is unpredictable. In 2016, BAS took the precaution of relocating Halley Research Station 23 km inland of Chasm-1 after it began to widen. “

Halley VI Research Station is an internationally important platform for atmospheric and space weather observation in a climate-sensitive zone.

However, given how unpredictable the structure of Brunt Ice Shelf is, the station has been unoccupied for the last six winters, with staff only being deployed during the Antarctic summer (between November to March).

BAS said that 21 staff are currently at the station working to maintain the power supplies and facilities that keep the scientific experiments operating remotely through the winter, adding that their work will continue until they are collected by aircraft around February 6.

Professor Dominic Hodgson, BAS glaciologist adds: “This calving event has been expected and is part of the natural behaviour of the Brunt Ice Shelf. It is not linked to climate change.

“Our science and operational teams continue to monitor the ice shelf in real-time to ensure it is safe, and to maintain the delivery of the science we undertake at Halley.”

After lying dormant for at least 35 years, satellite monitoring first spotted in a change in the Chasm-1 in 2012, and since then it had been growing by about 4 kilometres each year.

The iceberg’s calving have lead to concern over the safety of a major Emperor penguin colony near the breakaway. Emperor penguins breed on “fast-ice”, which is sea-ice that is attached to the coast.

BBC Science Correspondent Jonathan Amos tweeted: “What’s happened to the Emperor penguins that breed near the Brunt? The Halley Bay colony was abandoned years ago when the fast ice there was hollowed out. Most of the surviving birds probably went to the Dawson-Lambton site. Has it now been damaged?”

Fortunately, pictures from the new Copernicus Sentinel-2 have shown that the stains from the birds’ excrement, or guano, to be on an ice platform that remains intact.