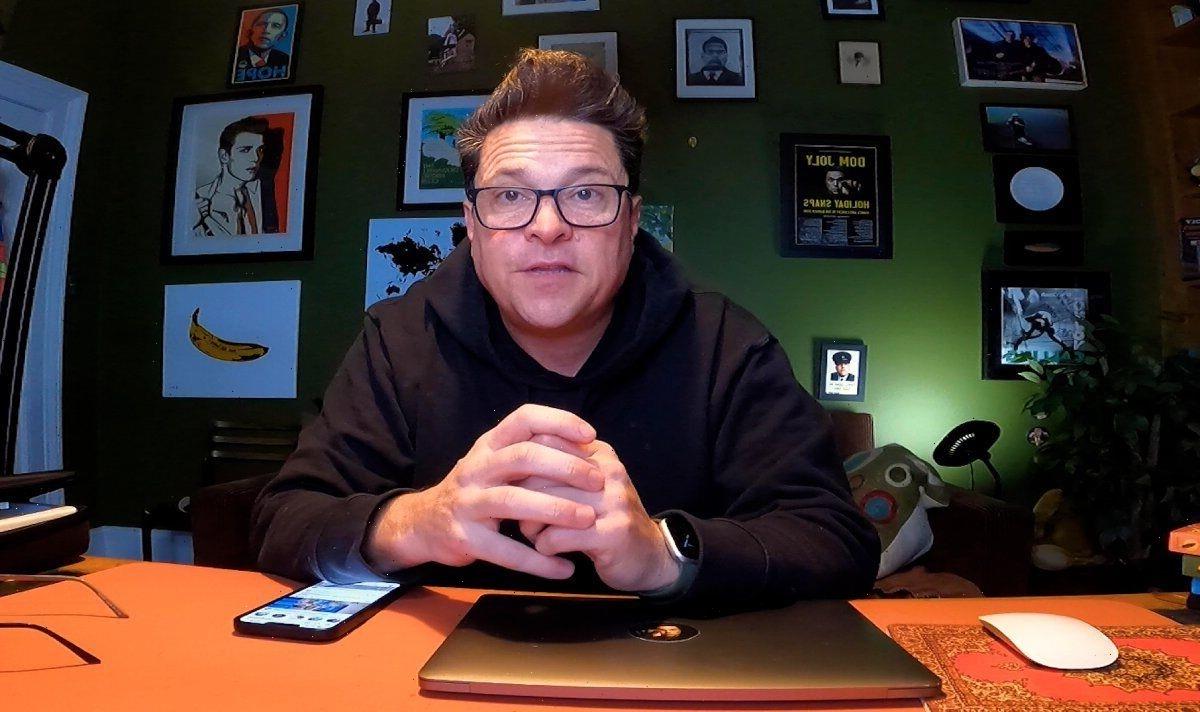 And without a phone more than half (56 percent) would hardly communicate with anyone.

When it comes to games consoles, adults could manage for three days without access to them.

But people would only be able to manage an average of five hours and 11 minutes without their phone – relying on it for online banking (44 percent), social media (38 percent), and maps and directions (34 percent).

The research was commissioned by Tesco Mobile, which is distributing data through the Trussell Trust’s network of food banks as part of its Little Helps Databank, aiming to connect 50,000 people facing financial hardship by 2025.

The study also found 57 percent agreed digital connection is vital for their wellbeing, and a further 56 percent also said it’s important for their social life – while 49 percent rely on accessing the internet for their job.

Tesco Mobile have teamed up with comedian Dom Joly to highlight the importance of being online and connected.

He spent a weekend without any devices, and came up against several problems – including being unable to pay for groceries without his banking app.

He also missed his daughter’s hockey game as he couldn’t find the location without access to maps, and wasn’t able to pay a bill without a phone or internet access.

Dom Joly said: “This experience has highlighted to me just how vital having digital connection is. I take a huge amount for granted having a mobile phone and internet access.

“In just a weekend I felt very frustrated and isolated, and didn’t expect to face such a variety of hurdles caused by my lack of data and internet.

“I can only imagine how hard it is for people who are disconnected over much longer periods, and often without the support of others.

“Poverty is an issue that a growing number of families are facing across the UK. I hope to raise awareness of people facing financial hardship and not being able to afford essentials, like connectivity.”

The research also found technology is used on a daily basis for accessing the internet (51 percent), speaking to family and friends (45 percent), and keeping up to date with news (45 percent).

During the average day, mobile phones are used for three hours and 34 minutes, while laptops are active for just under four hours.

Others have accessed benefits advice and other forms of support (12 percent), applied for a job (11 percent), and booked their child onto after-school clubs (10 percent).

Lack of access to devices and the internet would leave people feeling disconnected (38 percent), isolated (27 percent), and lonely (25 percent).

But despite seven in ten (71 percent) assuming most adults would have a mobile phone with sufficient data today, 35 percent know someone who can’t access the internet, according to the OnePoll data.

Claire Pickthall, CEO of Tesco Mobile, says: “Technology enables us more than ever to help manage our lives.

“Whether it’s connecting with loved ones, making important appointments, or managing finances, everything can be done from one connected device.

“We rely on our smartphones so much, it’s hard to imagine how people who are disconnected are able to tackle those tasks.”