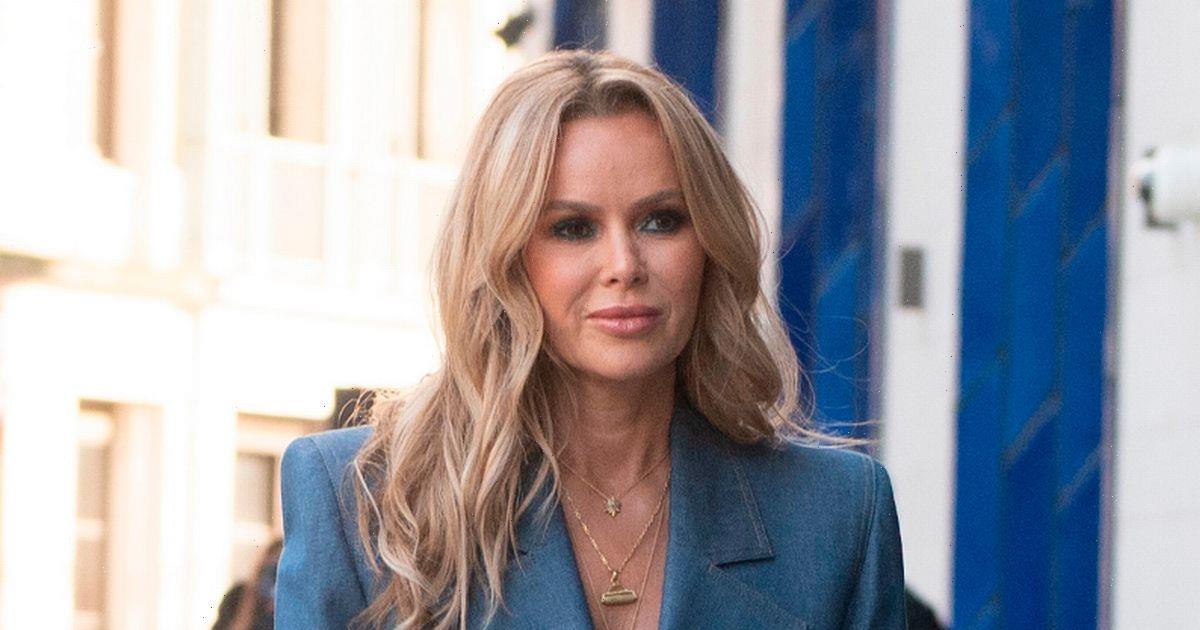 Amanda Holden made sure all eyes were firmly fixed on her when she arrived at the Britain's Got Talent launch in London.

The beautiful BGT judge, 51, put on a leggy display in a plunging denim blue blazer dress which showed off her killer figure.

It might have been a chilly day in London's Soho, but that didn't stop ageless Amanda dialing up the heat in the stylish blue jacket.

Amanda's blazer featured a low neckline and a high cut above her knees to show off her enviably tanned legs.

The TV star elevated her frame with a pair of shiny black platform heels and opted for a dazzling set of gold bling on her wrists.

She was also able to display a gorgeous collection of pendant necklaces in-between her shoulder pads.

Amanda glowed with a perfect palette of makeup and let her lush blonde locks flow freely over her shoulders in curly tresses.

She matched her black heels with smoky eye makeup and glam black nails – and shot her winning smile at the cameras as she entered the theatre.

Amanda was the second judge to step out at the London Palladium for the first day of auditions after head judge Simon Cowell gave a thumbs-up to the crowds.

It comes as former Strictly Come Dancing judge Bruno Tonioli was confirmed as the new BGT judge on the latest series.

It means Bruno has replaced previous judge David Walliams who left the show after a decade.

Bruno's new judging job was revealed on Tuesday (January 24) in a clip posted on Twitter from the first audition.

Hosts Ant McPartlin and Declan Donnelly welcomed Bruno and the judges into the auditorium, with Dec saying: "Please give a huge London Palladium welcome to your four judges for this afternoon.

Bruno walked past the cheering audience with fellow judges Amanda, Alesha Dixon and Simon before Ant said: "First of all, before we get underway, can we say a massive welcome to Bruno!"