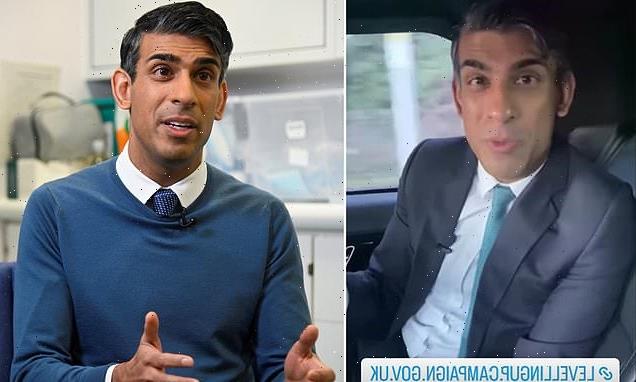 Rishi Sunak today insisted he does obey the law as he issued a grovelling apology for failing to wear a seatbelt in his official car.

The PM was issued with a fixed penalty notice on Friday after an Instagram video showed him sitting in the moving vehicle without a restraint.

Asked about the blunder during a visit to Berrywood Hospital in Northampton, Mr Sunak said: ‘Yes, I regret not wearing a seatbelt.

‘It was a mistake and that is why I apologised straight away.’

Mr Sunak received another FPN over ‘Partygate’ Covid rule breaches in April alongside predecessor Boris Johnson. He is only the second PM after Mr Johnson to be fined

Challenged on how the public could trust him to follow the ‘laws of the land’, Mr Sunak replied: ‘Of course I do (follow the law).

‘In this instance, I made a mistake which I regret deeply and that’s why I apologised straight away.’ 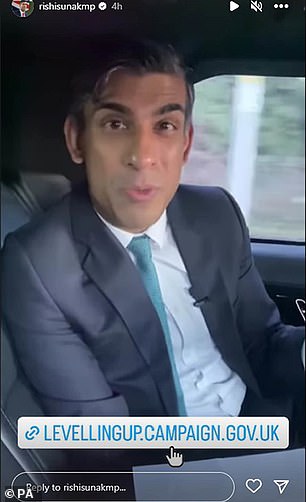 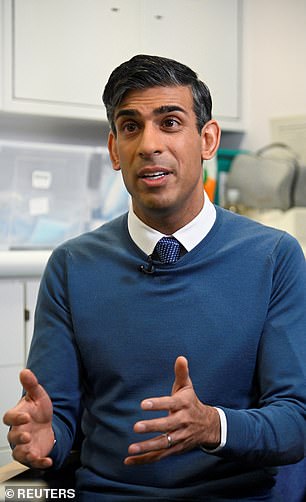 Asked about the seatbelt blunder during a visit to Berrywood Hospital in Northampton today (right), Rishi Sunak said: ‘Yes, I regret not wearing a seatbelt.’

Lancashire Constabulary did not reveal how much Mr Sunak was fined, but fixed penalty notices for seatbelt offences are usually £100, rising to up to £500 if taken to court.

A fixed penalty notice is a sanction for breaking the law which allows the recipient to pay a set amount to avoid going to court.

Labour said Mr Sunak demonstrated a ‘lack of judgment’ over his decision not to wear a seatbelt.

The Liberal Democrats said it was an example of the Conservatives behaving ‘as though it’s one rule for them and another for everyone else’.

However, some Tories said the police were wasting their time by getting involved in political complaints.