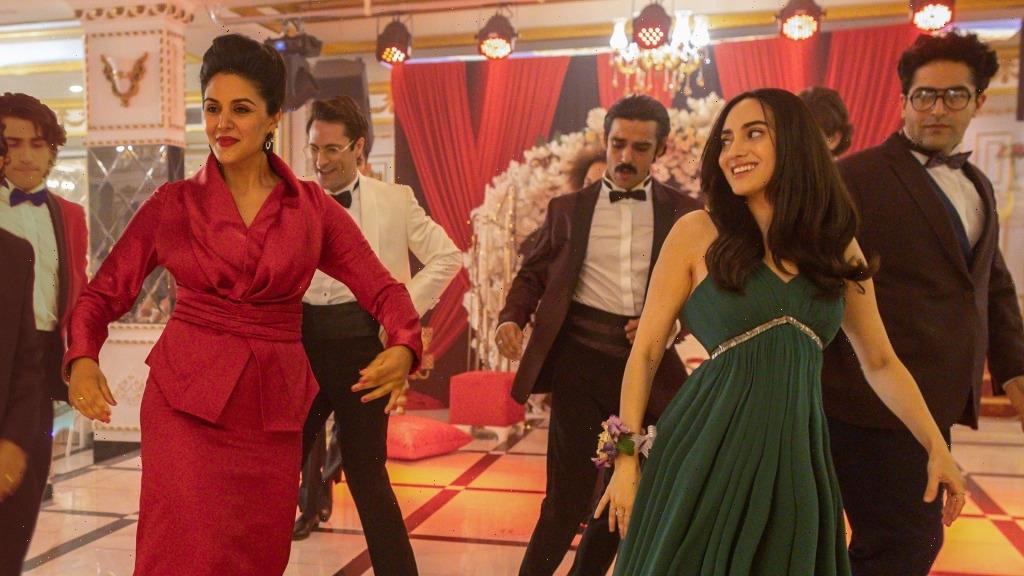 The Persian Version, directed and written by Maryam Keshvarz stars Layla Mohammadi, and Niousha Noor as a mother and daughter at odds with one another.

The Persian Version starts with Lelia (Layla Mohammadi) at a costume party in a self-made Burkini.  This is where she meets Maximillian (Tom Byrne), a Broadway actor/singer dressed as Hedwig, and they have sex. When she wakes up the next morning, she starts with expeditionary voice-over about her Persian upbringing, and her countries relationship (Iran), with the United States. She details how she grew up in Brooklyn, but her parents are from Iran, and the country forbid everything with American influence, but on her childhood trips back to the country, she smuggled Cyndi Lauper’s audio cassette, (Cut to a young Lelia dancing with her mother and other family members to Girls Just Want To Have fun in Iran).

'Eileen' Sundance Film Review: This Is What Happens When Female Loneliness And Rage Collide

Back in modern day, Lelia’s dad Ali Reza (Bijan Daneshmand) is getting a heart transplant and she’s not allowed to visit him in the hospital because her mother Shirin (Niousha Noor) says so. She’s told to look after her grandmother as the young woman and her mother are not on good terms. The reason is because Lelia is a lesbian and was thrown out of her mom’s house on Thanksgiving for bringing her wife as her guest. Being the only girl with eight brothers, she’s considered the black sheep. Lelia carries the pressures of tradition and womanhood on her shoulders, but restoring the relationship with her mother is top priority. In order to do that, Lelia must dig into her mother’s past to determine the future of their family.

Characters often break the fourth wall, especially Lelia because that’s the way she recalls her memories. If the audience were only relying on editing, it would be easy to get lost. The story is also aided by title cards to keep viewers on track. This makes her more of a spectator in her own life as this is really a story about Shirin and her journey from married teenager in Iran to successful real estate agent in New York City. This shift in focus for The Persian Version seem like an anthology more than a cohesive film. This does serve a purpose as the audience is witness to women who are forced to suffer in silence, and what happens when courage gives way to heritage.

The troublesome moments linger at the conclusion of the film as Lelia’s personal struggles still aren’t resolved. Introducing her as the main character and then giving her a 30-minute back seat in a 2-hour movie was an odd narrative choice. Understandable why it’s plotted this way, but it’s not executed with finesse. Does Lelia really understand her mother and vice versa just because a child is now in the picture? Or is Lelia still trying please her and put her own happiness aside. By the conclusion we know more about them, it’s difficult to pinpoint a change in their character arc.

The Persian Version reminds me of Lulu Wang’s The Farewell. The films share similarities when it comes to examining family, history, celebration of life, and sacrifice. If nothing else, the film is an education because it peers into the lives of Iranian women. With the current state of political and social unrest in Iran, where people are putting their lives at state for freedom, Keshavarz directs this slice of life drama with a Persian flare that offers reassure that says, “We see you, and your voices are heard.”

‘Avatar 2′ Has The 2023 U.S. Box Office Crossing Half Billion Already