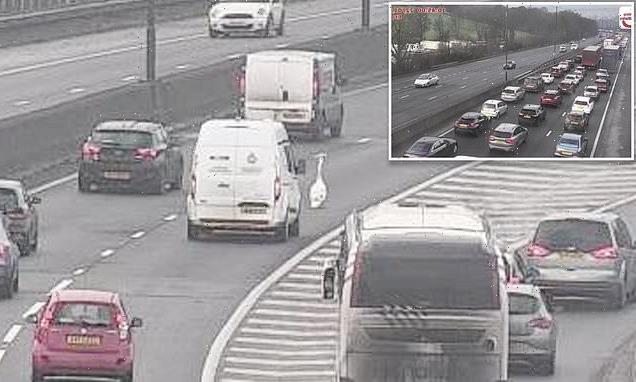 Call the old bill! Drivers are caught in traffic chaos after a motorway lane was closed for a runaway swan

Drivers have been caught in traffic chaos after a lane closure on a motorway – for a runaway swan.

Motorists were warned to leave the M4 motorway at J26 Malpas near Newport, Gwent, and to re-join the carriageway at J27.

The feathered fugitive was spotted on traffic cameras running down the left lane today.

The white bird was caught on camera as it waddled down the M4 alongside two white vans and a black car. 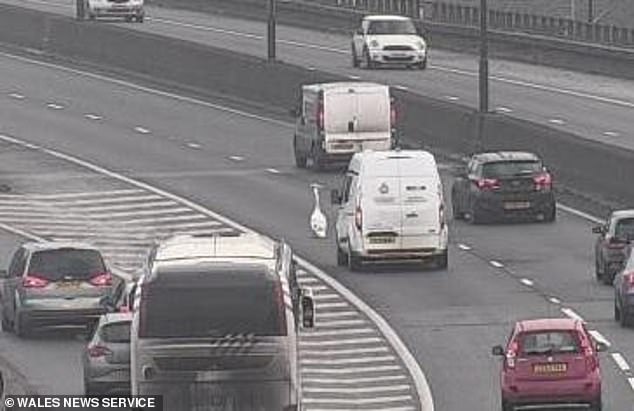 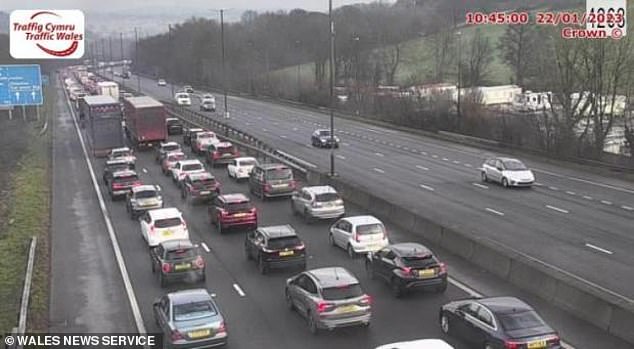 Unphased by the surrounding traffic, the swan continued its journey along the motoway until traffic officers were sent to manage the situation.

The swan has caused standstill traffic on the road – and jokers say it is ‘like a scene from Hot Fuzz.’

One onlooker said: ‘I was expected Simon Pegg to run past in a police uniform just a scene from Hot Fuzz.’

Another said: ‘I think someone needs to call the Old Bill.’

Some onlookers were shocked to see the bird so far from home as for many it was their first time seeing swan bring motorway traffic to a standstill.

One person said: ‘I’ve heard of cows, horses and sheep stopping traffic but never a swan.’

Traffic Wales said officers were sent to the scene before the road was successfully cleared.

A spokesman said: ‘Heavy congestion remains in the area.’