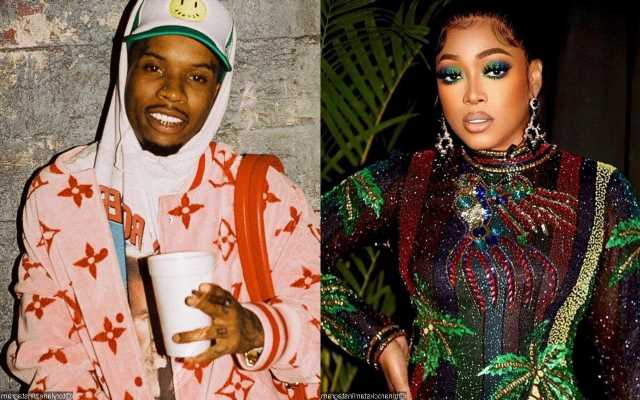 The 44-year-old female rapper offers her clarification after Yung Miami asks her on her podcast about her relationships with other rappers, including French Montana and Lil Wayne.

AceShowbiz –Trina has set the record straight. Having been hit with rumors suggesting she dated Tory Lanez, the “Here We Go” raptress shut the down the speculation on Yung iami’s “Caresha Please” podcast.

The 44-year-old offered her clarification after the City Girls star asked her about her relationships with other rappers, including French Montana and Lil Wayne. When it came to the Canadian emcee, she declared, “We wasn’t dating. Tory was just my friend but he liked me.”

“And I just felt like, I met Tory at a weird time, like right after the whole French debacle, the whole situation,” she added. “And I met him through just other friends that came to the studio. I was in this space like, ‘Ok, I gotta work.’ “

Trina went on to explain that they first linked up over music. Their friendship then grew once Trina learned that he was actually the artist whose vocals her team had been trying to replace on a reference track she had received from a producer.

“I was so shamed, ’cause I had already liked it, I liked the guy on the song,” she recalled. “But I get it, when it come to the label, we gotta put somebody with a bigger name to make the song bigger. So we ended up meeting and we clicked, and he was just a cool person. He was real young; and I was real advanced and I’m not with the s**ts.”

Trina claimed that Tory never directly approached her about being more than friends. Instead, he led with the music. “I was drawn to that energy,” she said. “I was at a space where I was down and I needed to work. And I liked what he was doing. But at the end of the day, he was also real aggressive and growing and trying to be his own artist. And I respect him for doing that.”