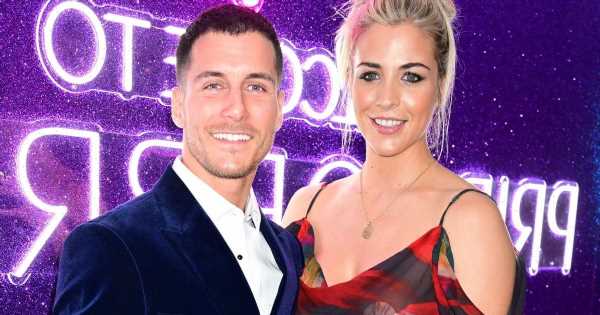 Gemma Atkinson is pregnant with her second child with her Strictly Come Dancing fiancé Gorka Marquez.

The duo, who are already parents to three-year-old daughter Mia, shared their exciting announcement on Instagram on Saturday morning (January 21).

Gemma, 38, and Gorka, 32, also shared the gender of their upcoming arrival, revealing that Mia will be getting a little sister.

Alongside a photo of her cradling her growing baby bump, former Emmerdale star Gemma said: "Impossible to hide my belly any longer. I've officially 'popped'."

She went on: "Our baby boy will be joining our family later this year.

"We feel so incredibly blessed and Grateful to be on this journey again.

"Mia is absolutely thrilled! Although we may need to do some negotiating on names, as so far she’s adamant he’s going to be called Barbie."

Former Strictly star and Dancing On Ice judge Oti Mabuse sent the couple warm wishes, as did her sister Motsi.

The big news makes a lot of sense now, after Gorka revealed that he was stepping away from the Strictly tour this year to be with his family.

When asked by a fan why he wouldn't be performing on the tour, Gorka said: "After the Strictly series I always like to take some down time to spend quality time with Gem and Mia.

"I am grateful for the work but I also think spend time with family is important. Time flies and we wont' get those memories back [heart emoji]."

There were reports late last year that Gorka would be stepping away from Strictly – however both he and Gemma denied this.

A source claimed to The Sun at the time: "He looked so devastated last week because he knew the final might be his last chance of taking home the Glitterball, which had eluded him twice before.

"Gorka has become an established figure in the contest and a name in his own right, which could allow him to go on to bigger things."