A secondary school has been blasted as having a ‘Dickensian attitude’ towards children after its school uniform policy prevented a pupil from wearing his own winter coat after he caught Strep A.

Aaron Bayley, 47, said Jesmond Park Academy in Newcastle confiscated his son’s winter coat during freezing temperatures because he was not wearing the jacket specified in the academy’s school uniform policy.

Under the policy, all pupils must wear a black Canterbury-branded jacket with the school’s logo.

After his son Levon, 12, was admitted to hospital with flu in November, Aaron claims he was told by medical staff that the school coat was not suitable. 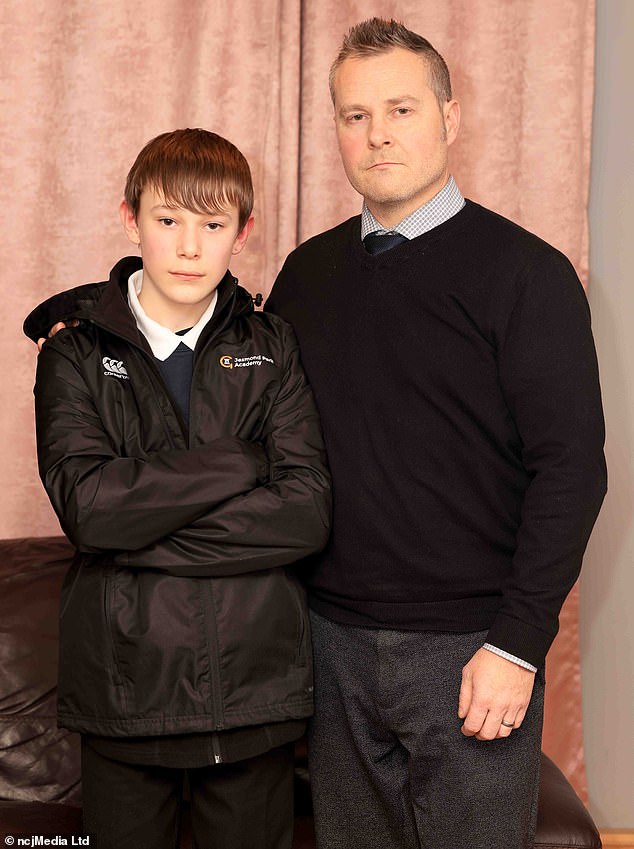 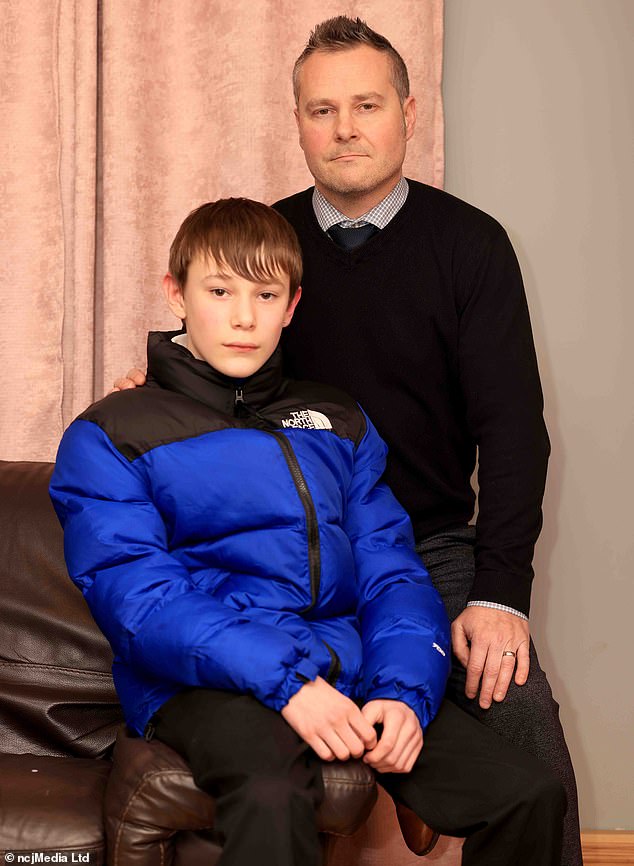 When Levon returned to school, his parents allowed him to wear a thick winter coat.

However, the school confiscated the coat on several occasions because it is not part of the school’s uniform policy.

Parents have argued with teachers at Jesmond Park Academy that the policy should be more flexible to allow for more winter clothing.

Mr Bayley said: ‘Two medical experts, the doctor and the hospital, have said that the coat is just not warm enough and he should have a better coat on in this weather.

‘When the weather is mild I don’t mind sending him to school in the Jesmond Park Academy coat. But when it’s really cold I don’t want him to be susceptible to catching anything else.

‘But the school don’t seem to grasp it. They have this sort of Dickensian attitude towards the kids, and the kids and the parents will do as they say.’

Jesmond Park Academy’s uniform policy, listed on the school website, states: ‘The only coat that may be worn is the Jesmond Park Academy coat and/or micro fleece. This school coat must be worn between October half term and February half term on the journey to and from school.’

Aaron, from Forest Hall, describes the coat as a ‘very thin fleece with a wafer thin liner jacket which the fleece zips into’.

After snow fell across the region on Monday and Thursday, Aaron sent Levon to school in a warm padded winter coat, which the school then confiscated for the rest of the day. 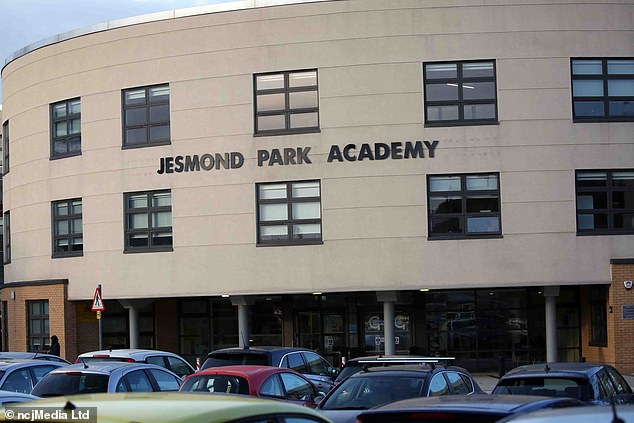 The school’s principal defended the policy, saying ‘We are extremely proud of the high standards of uniform’ 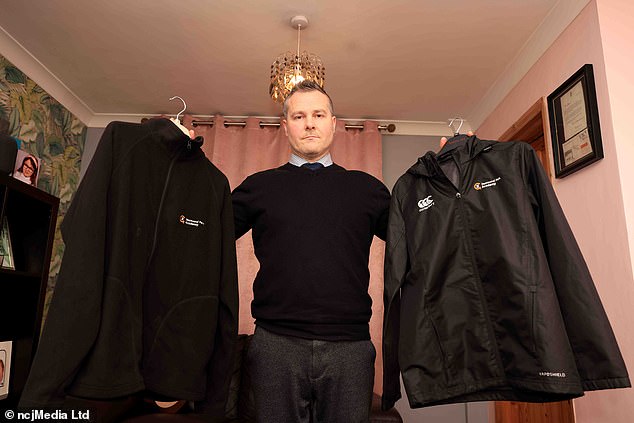 He said: ‘When he arrived at school today wearing the coat there was three teachers waiting for him, each of them wearing a big winter coat, and they confiscated his.’

Aaron, who is also a teacher, said he understands the need for uniform policies and parents with children at the school will have varying disposable incomes, which means some people might be unable to afford branded items for their children.

However, he argued that the Canterbury jacket, which costs £56 for the jacket and fleece, is expensive and does not need to be part of the uniform.

He added: ‘If you’re a struggling family that has more that one kid in the school you’re looking at over £100 for a coat when you could go to a supermarket and probably buy them a coat for £20 which is a lot warmer.

‘They really need to think about some of the policies they have because this is not the trousers, a jumper, or a blazer with the school emblem on, this is a coat.’

Further information on the Jesmond Park Academy website states: ‘Any student arriving to school in what we consider incorrect uniform will work in isolation unless the issue can be corrected, for example, changing shoes or removing jewellery. This rule is not negotiable and applies to all students.

‘The school does not accept notes or letters from parents/carers to excuse students from wearing full school uniform. Any student that is unable to wear full school uniform due to a medical condition will need to supply the school with a suitable letter from a medical professional explaining how wearing uniform would negatively affect their condition.

‘For ongoing issues, such a letter would need to be renewed at the start of each academic year.’

He said: ‘We are extremely proud of the high standards of uniform that we have within our Trust and we believe this contributes to a hugely positive ethos at the academy.

‘The observance of our school uniform requirements by our students is exemplary. This is a result, not only of our expectations being consistently high, but also the overwhelming support we receive from our Parents and Carers.

‘There are items available within our uniform range that enable students to wear up to 4 layers of clothing should they wish to, including a fleece for underneath their school coat.

‘We consistently go to great lengths to support parents with free or second hand items of school uniform and by responding to specific student needs, which has been gratefully appreciated in these difficult times.

‘Moreover, those students who can provide medical proof of the need to wear their own coats due to health conditions are allowed to do so.

‘The school is always willing to engage in a dialogue with Parents and Carers but, as is the case with all schools, we expect our uniform requirements to be adhered to by our students and uniform items to be worn by them, as needed, in order to keep them warm in inclement weather.’