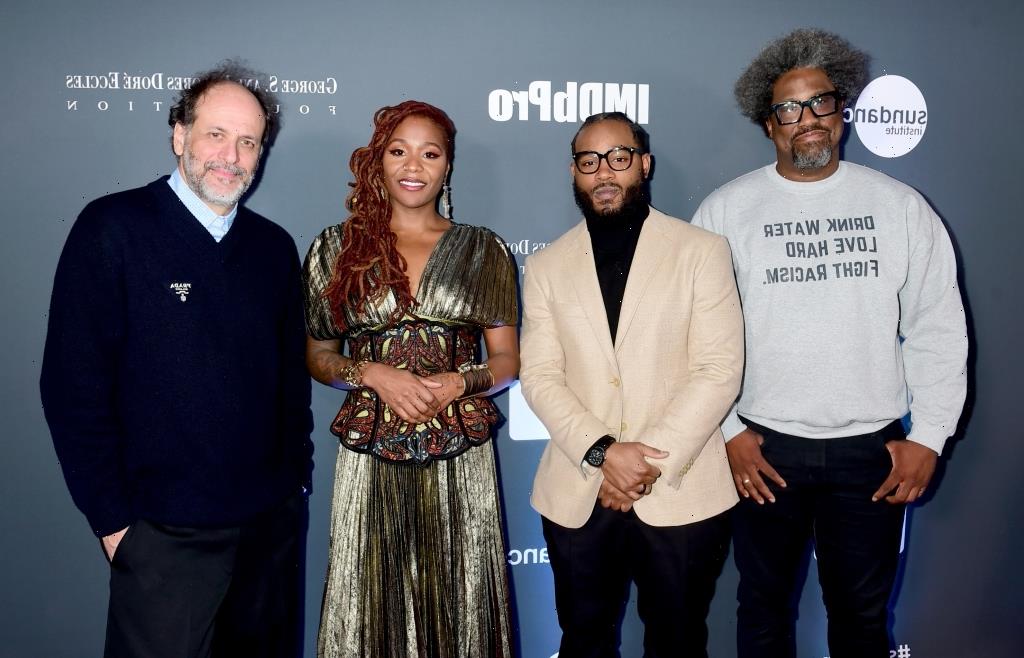 “I prefer to speak through my movies,” Ryan Coogler told a well-heeled crowd tonight at the late night A Taste of Sundance dinner.

That may be true for the Creed and Black Panther director, but accepting the first annual Sundance Institute Visionary Award on the first day of the 2023 festival, 2013 Audience and Grand Jury awards winner Coolger certainly had something to say Thursday.  “I was twice as nervous as I am now,” the filmmaker told the first big event of the first in-person Sundance in three years of his career making visit to the Robert Redford founded festival a decade ago. “The reason I was nervous is I had a deep desire not to let people down,” Coogler added.

With the family of the slain Fruitvale protagonist Oscar Grant seated in front of Coogler at the Basin Recreation Center, Oscar nominations likely for Black Panther: Wakanda Forever and a Steph Curry documentary at this year’s Sundance, Coogler seemed far from letting anyone down. “He is quiet royalty,” stated a fresh from London Lena Waithe earlier as she presented Coogler with his award. “He is one of us and that’s what qualifies him to tell our stories,” Waithe, who is a producer on the drama A Thousand and One this year, continued.

Replacing the long running Artist at the Table ceremony as Sundance’s commencement event, tonight’s A Taste of Sundance event may have been far off the snow packed beaten path of Park City’s Main Street, but it was right in the mainstream of the over 40-year old shindig. In that vein, Coogler was joined by fellow Sundance alum W. Kamau, Nikyatu Jusu, and Luca Guadagnino as honorees. The We Need To Talk About Cosby and the Nanny directors were given non-fiction and fiction Vanguard Awards respectively, while the Call Me By Your Name helmer was handed the International Icon Award.

In short-ish speeches between course servings to the seater on-lookers, all of the quartet reflected in their own way tonight on how Sundance only launched their careers. “I got so many nos for so long, I thought no was my middle name,” the s U.S. Dramatic Jury Prize winning Nanny director honestly said. Declaring that Sundance made it impossible to ignore me, Jusu thanked the festival with “appreciation  at being seen clearly.” Shifted back into his stand-up comedian mode at times, Bell was very serious when he told the assembly: “Our weirdness is our superpower.”

However, with fest vet Boots Riley introducing Jusu and y Roger Ross Williams, introducing Bell, it is another form of weirdness, to put it delicately may be the takeaway for the well-cooked night. Welcoming Guadagnino to the stage, Dakota Johnson drew more than a few moans and some cheers and laughs when she impliedly brought up the alleged sexual peccadillos of the now disgraced Armie Hammer.

“It was unfortunate, Luca had asked me to play the role of the peach, but our schedules conflicted,” A Bigger Splash star noted of Sundance debuting Call Me By Your Name. “Thank God, because then I would have been another woman that Armie Hammer tried to eat,” she went on to say of the suggestively utilized fruit from the Hammer and Timothée Chalamet co-starrrer.

Getting a rise from the crowd on the allegations of misconduct that Social Network star Hammer has repeated denied as his Hollywood career has cratered, Johnson seemingly couldn’t let it go

“It’s been five years since that film premiered here and Luca hasn’t stopped taking us to exciting places,” Johnson noted.  “Who knew cannibalism was so popular?” the actress stressed in a double reference to Guadagnino’s flesh eating A Bones and All from 2022 and Hammer’s supposed inclination.

On a night of a celebration of excellence, multiple opening night films around Park City  short Indigo Girls concert that was very popular with the deep pocket donors at A Taste of Sundance, Jusu caught the essence of the honorees and the festival itself when she spoke of her “impulse to communicate” – as you can see in the video below:

The in-person Sundance Film Festival continues until January 29. On January 24, most of the films at this year’s festival with online screenings running until the end of the month.

To paraphrase Aerosmith and Ryan Coogler: “Let the movies do the talking.”