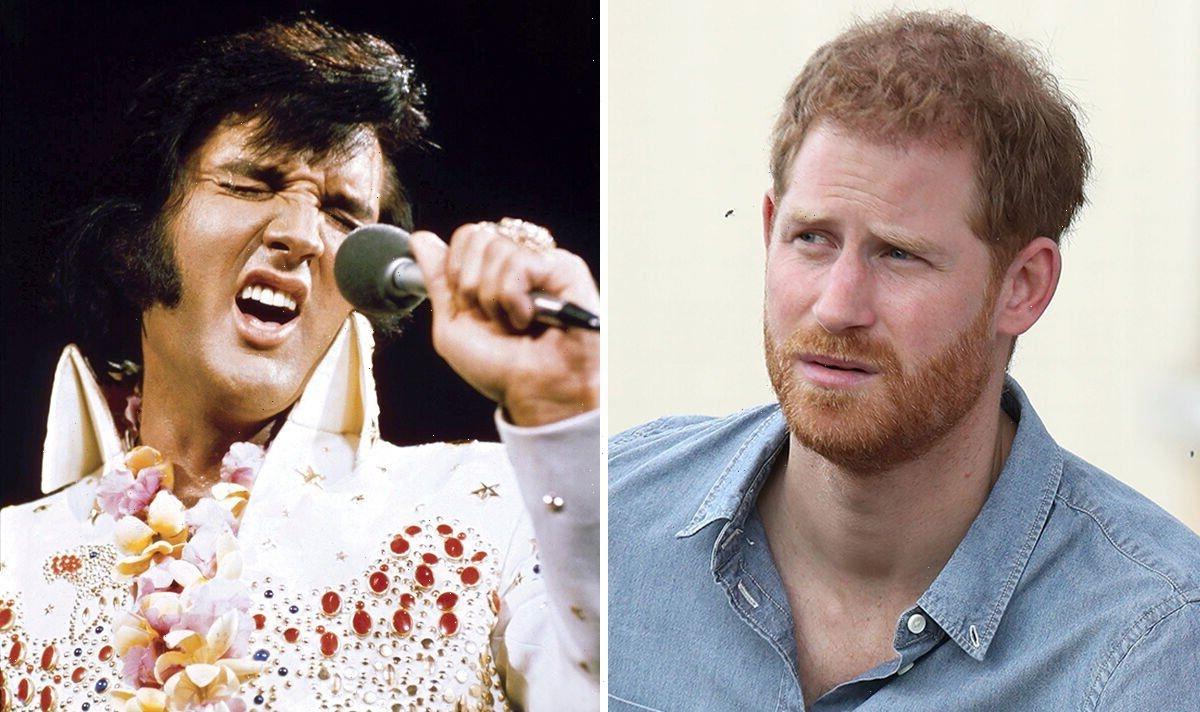 Back in May 2014, Prince Harry accompanied Prince William on a USA trip for the wedding of their close friend Guy Pelly, who was marrying American Holiday Inn heiress Lizzy Smith. After partying in Miami, the two sons of King Charles III flew to Memphis, Tennessee for the marriage ceremony, with security costing the British tax payer an estimated £50,000. During their holiday they couldn’t resist visiting Elvis Presley’s home of Graceland, along with Princesses Beatrice and Eugenie in their royal entourage. As a result, the general public were removed that day from the second most visited home in the US after The White House, as the wedding party all wore Elvis sunglasses and blue suede shoes in his honour. Yet now in his explosive memoir Spare, Prince Harry has lambasted the home the singer died in back in 1977. The Duke of Sussex claimed he couldn’t believe “The King” lived somewhere resembling a “badger sett”.

Prince Harry wrote: “I remember, despite the crowded wedding schedule, finding time to tour Graceland, erstwhile home of Elvis Presley. Actually, he originally bought it for his mother.”

The King was devoted to his mother Gladys who died at just 46 in 1958. She is now buried next to him in the Meditation Garden there, where Elvis’ daughter Lisa Marie is being laid to rest this Sunday. No doubt Diana’s son felt he at least had something in common in his own adoration of his “Mummy”, who died at just 36.

The Duke of Sussex added: “Everyone kept saying, ‘Well, well so this is where The King lived.’ ‘Who?’, ‘The King, Elvis Presley’, ‘Oh, The King. Right.’” Yet he really didn’t think the house was fit for one.

Prince Harry continued: “People variously called the house a castle, a mansion, a palace. But it reminded me of the badger sett. Dark, claustrophobic. I walked around saying, ‘The King lived here, you say? Really?’”

Elvis purchased Graceland on its 13.8 acre estate back in 1957 for just over $100,000. The mansion boasts 23 rooms, including eight bedrooms and bathrooms with 14 TVs. Not quite the size of the palaces and stately homes the Duke of Sussex is used to, but impressive to much of the public no doubt.

He added: “I stood in one tiny room with loud furniture and shag carpet and thought, ‘The King’s interior designer must have been on acid.’”

Prince Harry added: “In honour of Elvis, every member of the bridal party wore blue suede shoes. At the reception, there was much kicking up of those shoes. Young British men and women dancing drunkenly and singing gleefully without pitch or rhythm. It was riotous, ridiculous. And Guy looked happier than I’d ever seen him.”

Upon the death of Lisa Marie last week, her three daughters Riley Keough and Harper and Finley Lockwood will inherit Graceland, which has been open to the public since 1982.

Despite the house being a museum, it is still very much home to the Presley family, who occasionally have family meals in the dining room there on special dates like Thanksgiving.