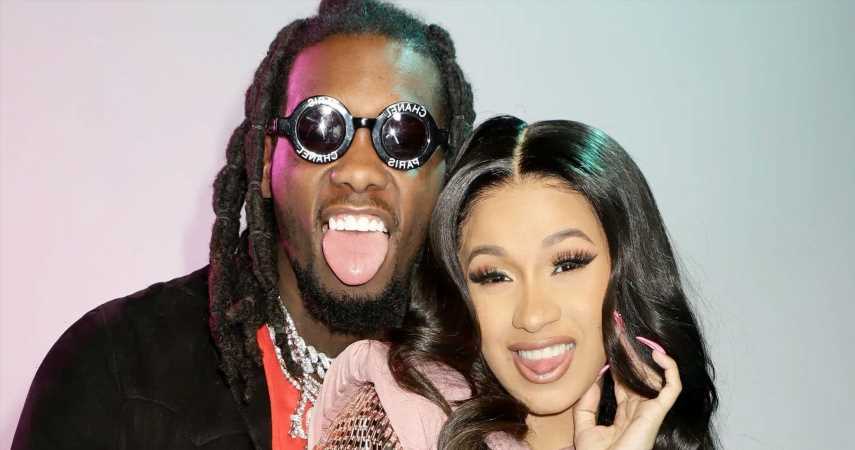 With their combined net worth’s, Offset and Cardi B are able to afford a very luxurious lifestyle. But there’s been speculation over whether finances were the reason Cardi B decided to pull the plug on their divorce in 2020.

Recently, the rapper went on record about why she chose to reconcile with her husband and have the divorce filing dismissed – and Cardi insists it had nothing to do with money.

“Me and Offset, we was not seeing eye to eye. This was like the same year that I filed for divorce and everything,” she said on The Jason Less Show in a clip published Monday.

“[But] he changed, and it showed me that he wanted to change for me,” she continued.

After a whirlwind relationship, Offset and Cardi tied the knot in September 2017, before welcoming their first child, daughter Kulture, the following year in July.

However, the couple apparently went through a difficult time during Cardi’s pregnancy when Offset was accused of infidelity.

By December 2018, Cardi announced that they were separating, only for the two to reconcile the following year. However, Cardi filed for divorce in September 2020, though she confirmed she made up with Offset only a month later.

Offset and Cardi went on welcome a second child, son Wave, in September 2021.

The “Bodak Yellow” songstress may swear that Offset’s changed ways convinced her to stay in the marriage. But there’s been speculation that money played a part.

A divorce between Offset and Cardi could be very expensive. The Migos rapper is reportedly worth $28 million, while Cardi has an alleged $80 million to her name.

The couple have never confirmed if they signed a prenuptial agreement prior to their secret wedding. If there’s no prenup, Cardi could be at risk of having to give half her fortune to Offset, especially considering she’s worth nearly three times what he is.

For example, one report made in December 2018 alleged Cardi may have to pay $50 million in a divorce settlement.

Staying together may be a less expensive option, but Cardi and Offset are known to treat each other to lavish gifts, so they’re certainly enjoying the fruits of their labor.

Just last February, Offset spoiled his wife with six Chanel bags and a $375,000 watch. Conversely, for his birthday in 2021, Cardi surprised Offset with a $2 million check.