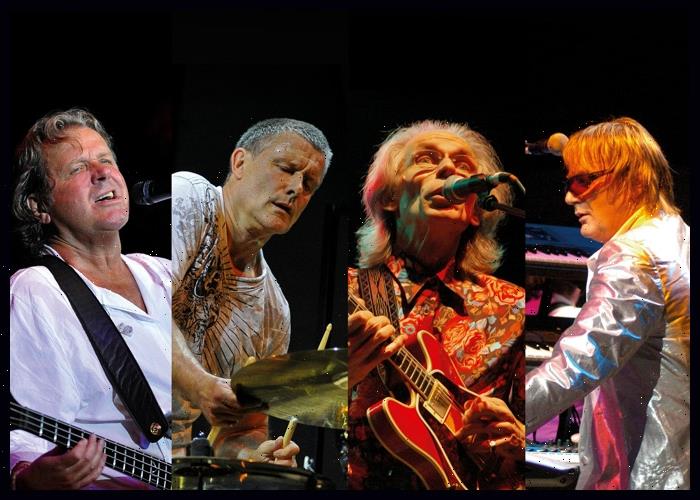 ASIA have announced they will release Fantasia, Live in Tokyo 2007 as a 3LP set on vinyl through BMG Records on February 24.

Recorded on the rock super group’s 25th anniversary tour, and featuring the original lineup, Fantasia, Live in Tokyo 2007 will be accompanied by a booklet, including band photos, and sleeve notes.

The set list focuses on their globally successful 1982 debut album Asia featuring key tracks “Only Time Will Tell,” “Sole Survivor” and their anthem “Heat Of The Moment” along with tracks from Alpha and one song each from the band members’ previous bands – “Video Killed The Radio Star,” “Roundabout,” “Fanfare For The Common Man” and “The Court Of The Crimson King.”

The album’s artwork was designed by legendary designer Roger Dean.

The set is available for pre-order at https://asiaband.lnk.to/fantasia3LPPR.