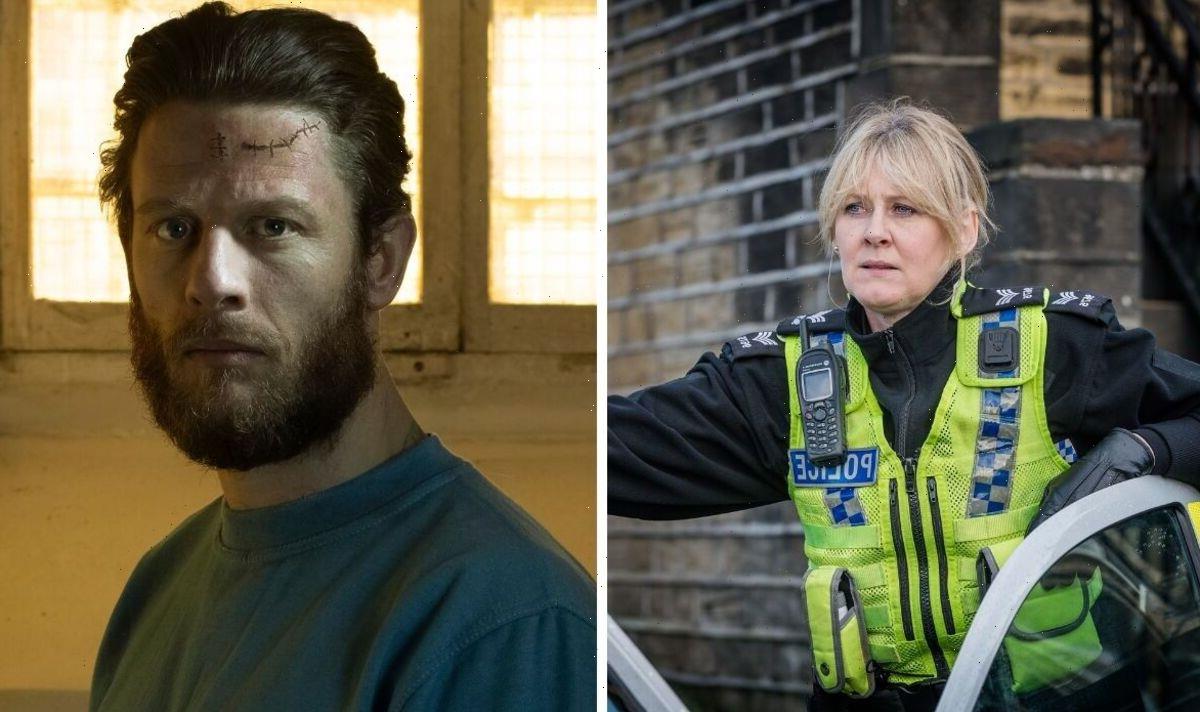 Earlier this month, the BBC drama returned to screens after a seven-year break. Happy Valley’s third season has been confirmed as the last instalment with many viewers fearing what could be in store for Sergeant Catherine Cawood (Sarah Lancashire).

Despite retirement fast approaching for Catherine, she’s been thrown into the investigation of the gruesome gangland murder of Gary Gaggowski.

With his body found in a reservoir, eight years after his death, the sergeant and her team believed the suspect is linked to a well-known crime family, the Kneževićs.

Alongside the ongoing investigation, Catherine’s also suffered the blow of discovering her 16-year-old grandson Ryan (Rhys Connah) has developed a relationship with his criminal father Tommy Lee Royce (James Norton).

In recent episodes, it was uncovered that Ryan had been visiting his estranged dad with the help of his aunt, Catherine’s sister Claire (Siobhan Finneran), and her boyfriend Neil (Con O’Neill).

With the series now halfway through until its final episode, many fans have feared that Catherine could be Tommy’s next victim with his son following in his footsteps.

Taking to Twitter to share their theories, HannahDefoe22 commented: “Claire and Neil, someone will die accidentally at that hand of Ryan due to Tommy-Lee Royce’s influence #HappyValley [sic]”
AMG_Review said: ”Happy Valley theory: Ryan visits Tommy at his trial in Leeds,
Tommy somehow escapes, Ryan either goes with him or Tommy abducts him, Catherine chases Tommy down, Catherine v Tommy final showdown, one of them dies!”

Cazisue commented: “Anyone else think Catherine is going to die at the end of this series? #HappyValley”

Milfdredratched added: “Someone tell the BBC we have not waited seven years for this season for them to kill Catherine off… the talk of death does not bode well #HappyValley”

With Twitter user OwenOfficialX adding: “Catherine will die. I just feel that’s where we are heading. It’ll be a massive showdown, hopefully between Catherine and Tommy. Tommy will die as well. Ryan and Clare will have to live with the guilt of bringing Tommy back into their lives. #HappyValley”

The last time fans saw the Happy Valley cast on their screens was back in 2016 where viewers watched Tommy get sent to prison, where he remains in series three.

Speaking about the reason behind the long wait, writer and creator of the BBC series Sally Wainwright highlighted it mainly comes down to Ryan’s age.

She said: “I wanted to get to a point where Ryan would be old enough to start making choices about whether he wanted to have a relationship with his dad or not.

“And could he have a relationship with his dad, and how would Catherine feel about that? I really wanted to be able to explore that.

“It’s been great that we got Rhys back to play Ryan which has been fantastic, and he has done a really lovely job in that.”

Sally added that with Ryan now being 16 years old, he’s old enough to travel places alone and make his own choices, whereas previously they’d been made by his grandmother Catherine.

She continued: “He can do things behind Catherine’s back. The intention developed through conversations I had with Sarah to make it a three-parter, to make a trilogy.

Happy Valley continues on Sunday at 9pm on BBC One and iPlayer.