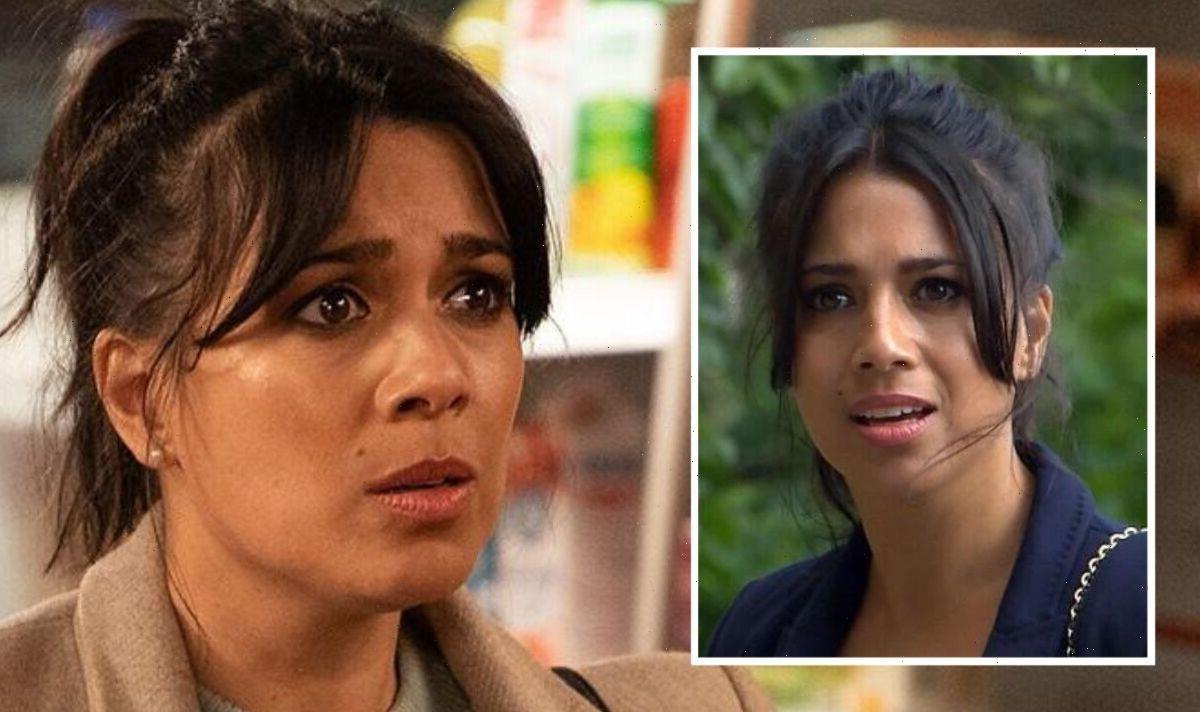 Priya (played by Fiona Wade) has had a tough year in the village after she suffered second degree burns and her love interest left Emmerdale. It was confirmed last year she would be leaving the ITV soap, and actress Fiona admitted it was “one of the hardest decisions” she has made.

Priya’s final scenes will air next week, and will touch on the trauma she lived through when murderer Meena Jutla (Paige Sandhu) set the Maize Maze on fire.

Talking about her decision to exit the soap, Fiona commented: “I have been at Emmerdale for 11 years and it was one of the hardest decisions I’ve had to make.

“Leaving my Emmerdale family is a big thing and it wasn’t easy filming my last scenes.

“When you’ve been somewhere for that long and that’s your every day, it’s hard and feels sad.

“But as every actor knows, you need to challenge yourself and that’s very important too.”

Discussing her character’s exit, which involves a veil catching alight at the Take a Vow event, Fiona continued: “It takes her by complete surprise because she’s been fully in control of this event and she’s been organised, felt in charge and everything’s gone so well.

“She’s feeling good and then that happens and it’s a massive shock and just sends her into a whole other space.”

The accident triggers memories of the maze fire which Priya was badly burnt in.

“It’s hugely triggering,” Fiona remarked. “She feels it is a major setback.

“The way she reacts to it – her body and her mind – it takes her straight back to the fire.

“She freezes and has a breakdown which takes her by surprise because she feels she’s done so much work on herself after what happened.

“In the last few months she’s felt like her old self and feels it’s a major setback.

“It isn’t, but it does make her realise this thing she has gone through is still there – it hasn’t just completely disappeared.”

Speaking of her favourite storyline, Fiona shared: “I’ve had so many wonderful storylines – the eating disorder and the accident in the fire.

“They’ve all been incredibly rewarding to play and it’s really hard to pick one because they’ve also been quite emotional.

“I can’t pick a favourite but the eating disorder one was complex and ongoing and was so interesting to research.

“It was a great layer for my character to have. She’s such a glamorous and confident character but she also has so many layers.

“It showed her vulnerability, insecurities and complexities. I think that’s why I’ve always loved Priya.”

As she prepared to leave the show, co-stars Rebecca Sarker and Chris Bisson organised a drinks part where she received some “gorgeous gifts”.