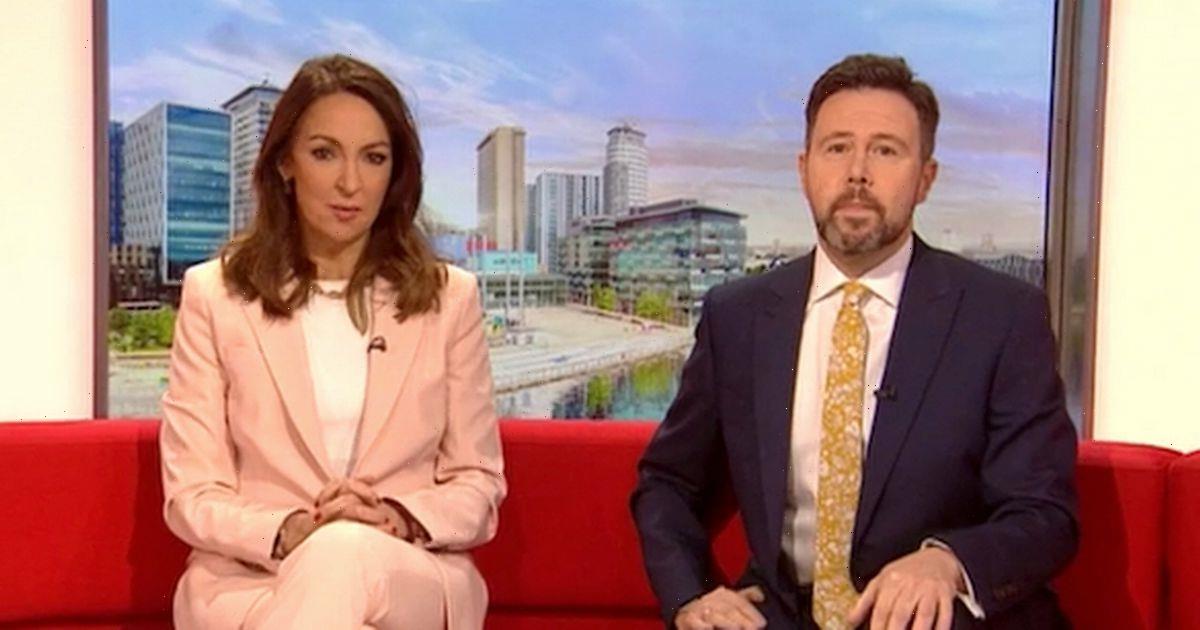 BBC Breakfast viewers all have the same complaint about the show's latest shake-up.

Sally Nugent and Jon Kay were back on the famous red sofa on Tuesday (January 17) to present a special edition of the morning show.

The pair informed viewers it was the programme's 40th anniversary and the latest instalment included a special half hour when Breakfast was rebranded to the original programme, Breakfast Time.

As part of the celebrations, bosses decided to swap the usual digital clock seen on screen for the original blue nostalgic vintage clock.

At 6.30am, the time the first show was launched, there will be a bespoke film presented by Jon, where he revisited how the first programme and how it came to fruition.

There were also some special stories and memories shared from weather presenter Carol Kirkwood, who is the longest serving member of the team.

Carol appeared in the studio to give the latest forecast but fans were more distracted by the clock.

A third person posted: "Lots of complaints from viewers who can't read an analogue clock"

While a fourth person said: "What on earth have #BBCBreakfast done with their clock?"

Sally and Jon noticed the messages online regarding to the clock and reminded viewers that the change was "only for one day" to mark the special occassion.

Speaking about Breakfast's 40th birthday, Jon said: "Sitting on the big red sofa is a dream come true for me, you will get to see a snippet of this from my childhood in the anniversary special. It's such a fascinating and fantastically busy time to be in news."

Sally added: "It’s been a wonderful experience to be part of the BBC Breakfast team, and I’m so proud of some of the campaigns I have been a part of recently.

"For instance covering Rob Burrow and Kevin Sinfield’s fundraising journey for MND, it's what we here at Breakfast do best and in its 40th year we will have so much more to come."

While Carol chimed: "I’ve been at BBC Breakfast from the early days, starting as a production secretary and now presenting the weather.

"I have made some brilliant memories on the show and look forward to continuing to do so."

BBC Breakfast airs daily on BBC One at 6am