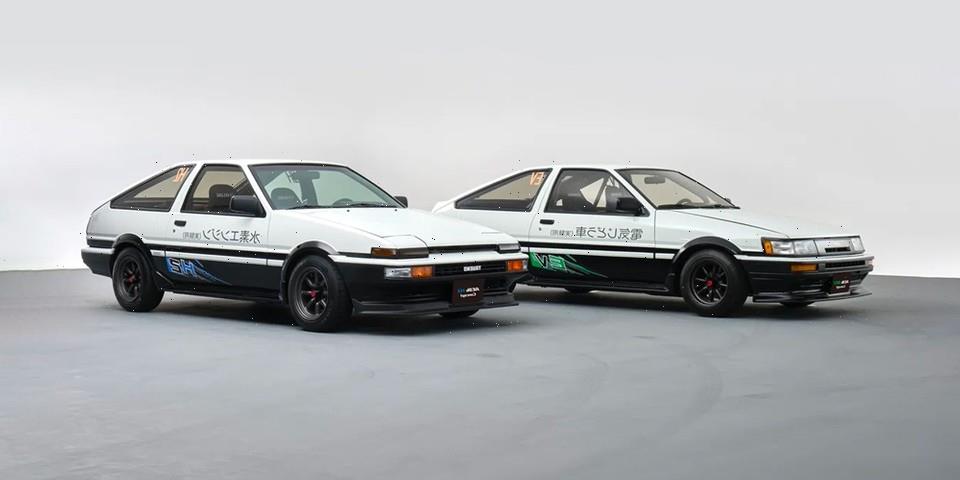 Over the weekend at the Tokyo Auto Salon show, Toyota unveiled two new sustainable takes on its beloved AE86 series cars. Remixing the classics with sustainability in mind, the first is a Toyota Corolla Levin which has been converted into a BEV Concept and the second is a Toyota Sprinter Trueno H2 Concept powered by a hydrogen system taken from the Toyota Mirai.

Both vehicles appear in their original black-and-white paint colors and come with a manual transmission, remaining largely unchanged aside from the addition of special-edition decals and new Bride racing seats. The real changes are found under the hood with the BEV concept utilizing the engine from the Tundra Hybrid Truck, a Prius PHEV battery, and other battery tech from Toyota and Lexus.

The AE86 H2 Concept features the Sprinter Trueno’s iconic flip-up headlights with text printed across the laterals as seen on the infamous AE86 in Initial D. Running on hydrogen, the vehicle is said to “appeal points of sound and vibration” like with a gas engine but without the same environmental cost.

Looking forward, Toyota states that it hopes to make it easier for customers to convert their retro classics from running on gasoline to sustainable power. Take a closer look at the project story below.