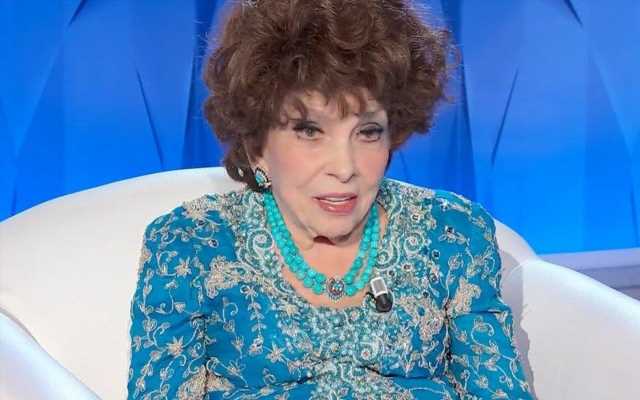 The Italian actress who was once known as ‘the most beautiful woman in the world’ during her heyday in Hollywood is confirmed to have passed away at the age of 95.

AceShowbiz –Gina Lollobrigida has passed away. Italian news organisation ANSA have revealed the Italian actress – who was famed for her roles in the likes of “The Hunchback of Notre Dame” and “Solomon and Sheba” – has died at the age of 95.

One of the biggest stars of European cinema in the 1950s and 60s, Gina went on to become a photographer and sculptor when her career declined.

Often described as “the most beautiful woman in the world,” Gina was one of the last surviving icons of the era and, as recently as 2018, she performed on Italy’s version of “Strictly Come Dancing“.

The “Beat the Devil” actress studied sculpture at Rome’s Academy of Fine Arts before being offered an audition at Cinecitta, which was the largest film studio in Europe at the time.

She previously recalled, “I refused when they offered me my first role. So, they said they would pay me a thousand lire. I told them my price was one million lire, thinking that would put a stop to the whole thing. But they said yes!”

In 1947, she came third in the Miss Italia beauty pageant and, two years later, married Slovenian doctor Milko Skofic, and the bikini photos the medic took of his wife caught the attention of Howard Hughes, then the world’s richest man, who had recently taken control of a major movie studio.

He tracked Gina down and offered her a screen test, and she was stunned when only one of the tickets to America he had promised for her and her husband arrived. But she still travelled, only to find divorce lawyers waiting at the airport before she was taken to a luxury hotel and bombarded with proposals.

The actress saw Howard every day for nearly three months, fending off his multiple passes at her but she later admitted she enjoyed his attention. She said, “He was very tall, very interesting. Much more interesting than my husband.”

Gina eventually signed a seven-year contract with the movie mogul before returning to Rome, making it very difficult for any other US studio to hire her. The actress largely avoided Hollywood, working in France and Italy, with her first English-language movie, “Beat the Devil”, shot on the Amalfi coast.

Gina also starred opposite Burt Lancaster and Tony Curtis in “Trapeze“, Errol Flynn in “Crossed Swords“, Antony Quinn in “The Hunchback of Notre Dame”, and Frank Sinatra in “Never So Few“, but they didn’t get along, with the actress objecting to the singer’s constant lateness on set.

The “Beautiful but Dangerous” star – who had the lollo rosso lettuce named in her honour – divorced her husband in 1971, and she largely withdrew from acting to focus on her photography career. In 1999, she made an unsuccessful bid to represent the Democrats in the European parliament.

She said of her campaign, “I’ve never been involved in politics, but when I got the offer I said ‘yes’ immediately … It’s only afterward that I thought about why this was a good thing. I don’t know how many votes I need. I don’t know anything.”

The actress is survived by her son, Milko, and grandson, Dimitri.