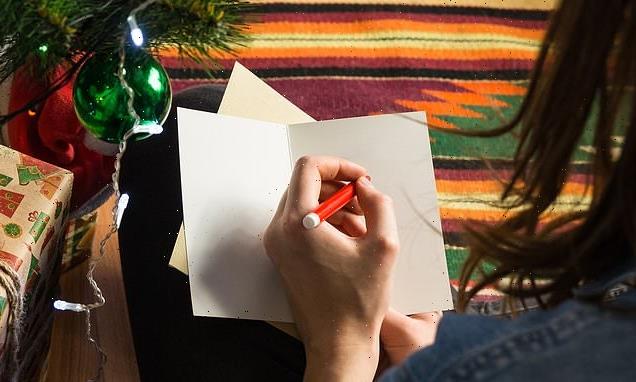 TOM UTLEY: What joy to receive Christmas cards in January, but I worry those striking posties might be killing off snail mail for good

When do the Christmas celebrations end, and the post-festivity blues begin? In the Utley household, as in so many others, we observe the Western tradition of taking down the tree and packing away the fairy lights and baubles on Twelfth Night, January 6.

But I was amused by an alternative idea, advanced on the Daily Mail’s letters page the other day by Alan Hardman of Bury, Lancs: ‘You know that Christmas is over when all that’s left in the chocolate box are hard caramels.’

Of course, others will have different views about which are the least appetising chocolates in the assortment. Personally, I side with Jane Grummitt, of Shavington, Cheshire, who writes that she would happily swap her strawberry and orange creams for Mr Hardman’s caramels. (Why do fruit-flavoured creams always smell vaguely of scented lavatory cleaner?) 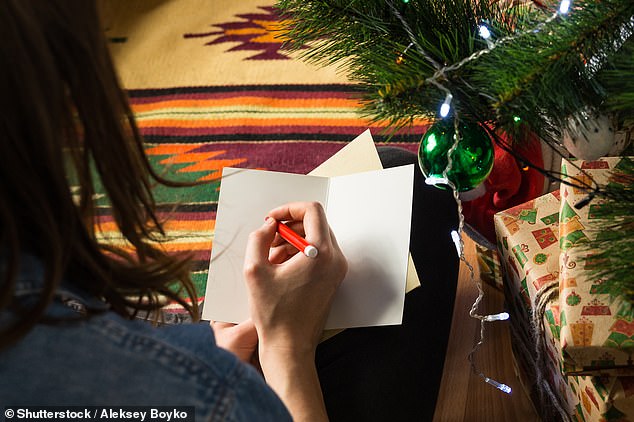 Up until the great day itself, we’d received a grand total of six cards — only two of which had come through the post, while the other four had been hand-delivered by neighbours

But whatever our personal preferences may be, Mr Hardman is certainly right to suggest it’s a clear sign that the festivities are well and truly over when the only remaining chocolates are those everyone in the family finds revolting.

This year, however, one trace of the season of goodwill has lingered on well into the second week of January, offering a flicker of cheer to lighten this most dismal of months.

I’m thinking of the Christmas cards from family and friends, which have at last begun to arrive after being long delayed, supposedly by the postal strike. Oh, well, they do say every cloud . . .

Up until the great day itself, we’d received a grand total of six cards — only two of which had come through the post, while the other four had been hand-delivered by neighbours. This seemed a pretty poor return on the 60-odd cards Mrs U had sent out early in December.

Yes, we knew that the strikes were likely to cause delays. But surely it couldn’t take the best part of a month to clear the backlog? Perhaps our near and dear had decided not to send us cards because of the exorbitant price of stamps these days. Understandable, if so, since it now costs a whopping 68p to send a card by second-class post, 95p by first-class — and a blistering £1.45 for a large card!

Or maybe they’d decided to give the money to good causes instead — though in my experience, people who plump for this option tend to send emails to everyone they know, broadcasting their piety and expecting praise for their smugness. 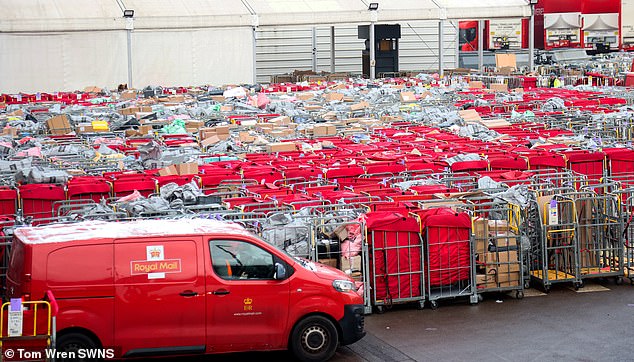 I’m thinking of the Christmas cards from family and friends, which have at last begun to arrive after being long delayed, supposedly by the postal strike. Oh, well, they do say every cloud . . .

(‘Dear all, Jasper and Arabella will not be sending cards this year, because we prefer to alleviate the suffering of victims of climate change in the Third World. But we wish you the compliments of the season.’)

A third possibility, however — and one that I was beginning to fear might be the truth — was that our friends and relations simply didn’t like us any more.

Had I been cancelled for something I’d written or said? Had I, perhaps, written in praise of a hero of Britain’s past, without realising that his third cousin, twice removed, had briefly held shares in a company connected with the slave trade?

Whatever the explanation, I was beginning to feel distinctly unloved.

But then, last week, cards began to drop through the letter box — just two or three a day at first, but more this week by every post. One or two of them, postmarked as early as the first week in December, have taken more than three weeks to reach us from only a couple of miles away.

So it is that, long after all but the nastiest chocolates have been eaten, we’ve begun the enjoyable Christmas ritual of opening our cards and reading the kind messages they contain from long-lost friends, filling us in on their news, asking us for ours and saying we really must catch up over lunch in the new year. Never mind that these lunches seldom seem to come about. It’s the thought that counts.

True, the business of exchanging Christmas cards can have its downsides — not least, the difficulty of trying to work out who they are from.

‘Any idea who “Guy, Joan and the Toddler” are, darling? Or does it say “Gary, Jean and the Tortoise”? And what about this one, signed simply “John”. Have you any thoughts?’

Then there’s the awkward moment when a card arrives from an old friend to whom we’ve forgotten to send one. In the past, my wife would always make good the omission by dashing one off from the reserve supply she keeps for that purpose. But when the card from the friend in question arrives halfway through January, it’s rather too late for that.

As for displaying the cards we’ve received, well, that would be quite wrong after Twelfth Night.

On the whole, though, I’m liking this extension of Christmas, brought to us courtesy of the Communication Workers Union’s bloody-mindedness. At any rate, friendly cards make a welcome change from my usual January mail — which generally consists of utility bills and brochures for stair-lifts and funeral plans (apparently, word has reached the advertising industry that I’m well into my dotage).

God knows, we could all do with anything to lift the gloom of this miserable rainy month, with inflation running riot, taxes through the roof, war raging in Ukraine, NHS waiting lists stretching to infinity and beyond — and just about everyone on the public payroll either striking, or threatening to do so.

That’s not to mention the increasingly insufferable drone of self-pity from the Ginger Whinger of Montecito. And there are still three days to go before Blue Monday, widely said to be the most depressing day of the year!

Much as I’m enjoying our late-arriving Christmas cards, however, I have a word of warning for the CWU. Of all the strikes so far called or planned, I reckon theirs is likely to prove the most counter-productive.

After all, the effect of most of the other walkouts is to remind us how much we depend on the likes of nurses, ambulance crews, train drivers and teachers.

OK, I grant you that few of us will be shedding tears if civil servants make good their threat to walk out. That’s assuming we even notice their absence, since so many are still ‘working from home’ (will they be forming one-man picket lines outside their own front doors?).

But even civil servants are useful sometimes, when we have important forms to process or questions for officialdom that need answering urgently.

By contrast, the chief effect of the CWU strike has been to highlight just how easily most of us can get by without snail mail, in this age of the internet.

I write this with regret, since I love receiving letters — and not only because those I get from readers through the post tend to be much kinder, more thoughtful and polite than the comments others send electronically.

I suppose this is because those who use pen and paper generally belong to older generations, brought up in an age that attached more importance to civility.

But let’s face it, the snail mail service, with its vast workforce and its 95p stamps, looks increasingly anachronistic in a world where we can contact each other over the internet in the blink of an eye, free of charge.

As for parcels, well, Royal Mail has plenty of commercial rivals only too willing to step in when postal workers walk out.

Yes, I’m a great believer in exchanging Christmas cards, no matter when they arrive. But if the posties take my advice, they’ll keep their heads down — and carry on working — before more of us start asking if we really need them any more.