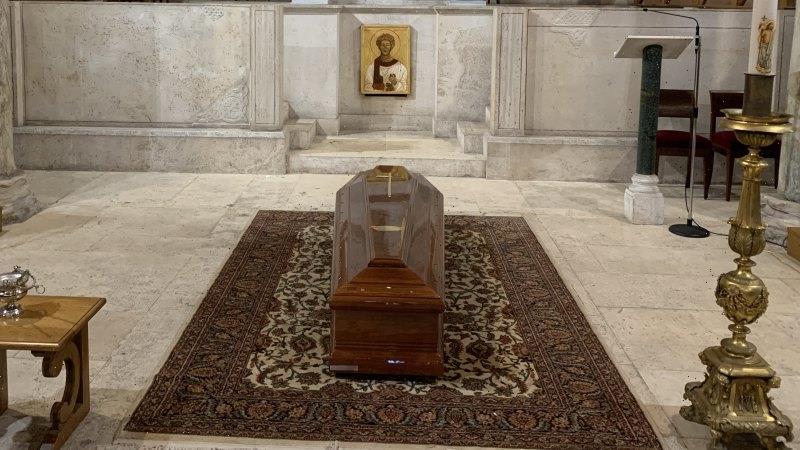 Vatican City: A dark brown wooden coffin containing George Pell, the most polarising Australian Christian leader of his generation, was lying-in-state on Friday and even in death, the cardinal was fighting for the traditionalist cause.

His closed casket was placed on the floor of the small church of St Stephen of the Abyssinians, inside the Vatican walls. The oldest surviving church in the city, having survived the destruction of old St Peter’s basilica, is normally used for baptisms and weddings. Parts of it date back to the fifth century. 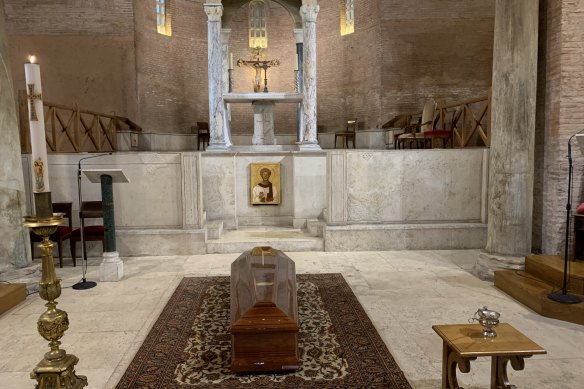 The coffin of the late Cardinal George Pell lying in state in the church of St Stephen of the Abyssinians in the Vatican on Friday.Credit:Twitter/@tdwilliamsrome

Closed to the public, only church officials filed through slowly over 10 hours, kneeling in prayer.

Having rarely taken a backward step over his lifetime, the cardinal’s funeral preparations were overshadowed by revelations that he was the likely author of an anonymous memo last year that branded Pope Francis’ pontificate a “catastrophe”. Francis will join the service late to give a final blessing and commendation on Saturday evening Australian time.

The pope’s economy minister for three years, Pell, 81, died on Tuesday night in a Rome hospital of heart failure after hip replacement surgery. The operation was understood to have been considered a success and Pell was conscious and chatting to the nurses caring for him before he went into cardiac arrest. 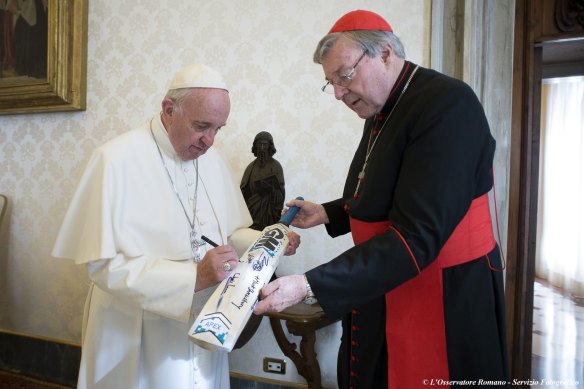 Italian journalist Sandro Magister, a friend of Pell who has a long track record of receiving leaked Vatican documents, published an anonymous memo circulating in the Vatican condemning Francis’ papacy as a “disaster” and outing Pell as its author.

He disclosed on his influential Vatican blog, Settimo Cielo, that it was Pell who’d written the memo and had given him permission to publish it under the pseudonym “Demos” – meaning “The People” in Greek.

The memo criticised the Vatican’s silence on issues involving the church including the war in Ukraine, human rights on mainland China and in Hong King, and its move in some quarters to embrace the LGBTQI community, women priests and divorce.

Churchmen were overheard in cafés near the Vatican on Friday gossiping about the revelation and Pell’s final hours.

“Everyone here is talking about it,” a Vatican official who spoke on the condition of anonymity, told Reuters. The official said he did not doubt that Pell was the author but said the revelation should have been held back until after his funeral “out of respect for the dead”. 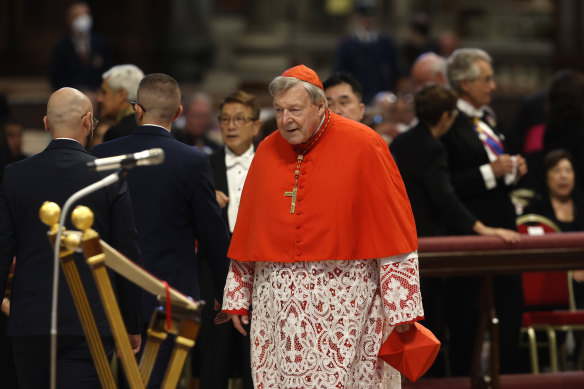 Australian cardinal George Pell arrives for the consistory celebrated by Pope Francis for the creation of new cardinals in St. Peter’s Basilica at the Vatican in August.Credit:Getty

Pell’s personal secretary, Father Joseph Hamilton, has declined to comment on the report and Vatican spokesperson Matteo Bruni said he had no comment.

But one friend of Pell, Jesuit Father Joseph Fessio, founder and editor of Ignatius Press, a Catholic publishing house in San Francisco, voiced scepticism that Pell was the author of the memo.

“I think it’s just pure speculation as to whether he’s the author or not,” Fessio told EWTN, a global Catholic news service.

“He’s said enough things publicly that we can understand what his views were on these things. I will take a sed contra [counter view] on this. George Pell was a loyal son of the church. He would not publicly criticise the Holy Father, and I doubt that he would put his signature to something, even anonymously, that would be public criticism.”

The critical tone of the memo was matched by a more recent writing by Pell, published posthumously by the British magazine The Spectator, in which he called Francis’ three-year-long Synod on Synodality a “toxic nightmare”. 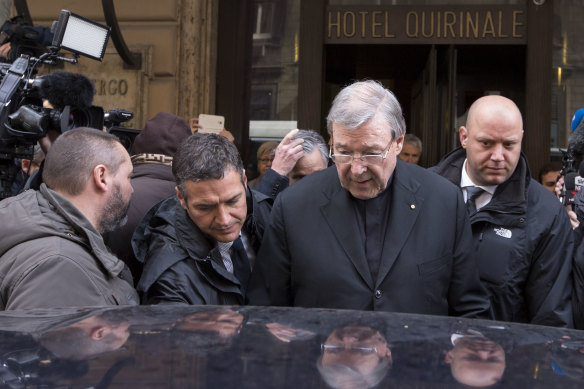 Australian cardinal George Pell leaves the Quirinale hotel after meeting members of the Australian group of relatives and victims of priestly sex abuses in Rome in 2016.Credit:AP

Pell spent 404 days in a Victorian prison after he was convicted of sexual abuse allegations. He was acquitted in a unanimous decision of the full bench of the High Court in 2020.

He was admired throughout the church internationally as a leader of stature and theological orthodoxy, but to many in Australia he was forever tainted by his conviction and exoneration, and for allegations he turned a blind eye to paedophiles within the Victorian branch of the church over many years.

Donald McLeish of the Survivors Network of those Abused by Priests (SNAP), said its members did not celebrate the death of anyone, even of a man “despised and mistrusted” by thousands of survivors and supporters in Australia and beyond.

“George Pell had become a target and focus for survivors, and seen as the embodiment of the church’s attitude to those sexually abused by clerics, religious brothers and sisters, and lay employees of the Catholic Church in Australia,” he said.

“Pell, rather than being instrumental in change as a church senior leader supporting survivors and victims of sexual abuse, adopted, even refined, the long-standing church practice of secrecy, and protecting the institution, seemingly at all costs.”

Since returning to Rome in late 2020, Pell had become an influential figure within the conservative movement in the Vatican and was playing a central role to promote a traditionalist candidate to succeed Francis on his death or potential resignation.

Keeping with tradition for deceased cardinals, the funeral Mass will be said by the dean of the College of Cardinals, Italian Giovanni Battista Re. It will take place at the Altar of the Chair of Saint Peter in the St Peter’s Basilica. A host of other cardinals and bishops are expected to concelebrate the Mass.

The cardinal’s wooden coffin will be covered with a white pall and blessed with holy water, reminiscent of the joy of baptism. A gospel book will be placed on the coffin, a sign that those who remain must carry on the Gospel of Christ to the world.

Australian government officials have arrived in Rome to help escort Pell’s body back to Australia following the funeral. He will be buried in the crypt at St Mary’s Cathedral in Sydney, where he served as archbishop.