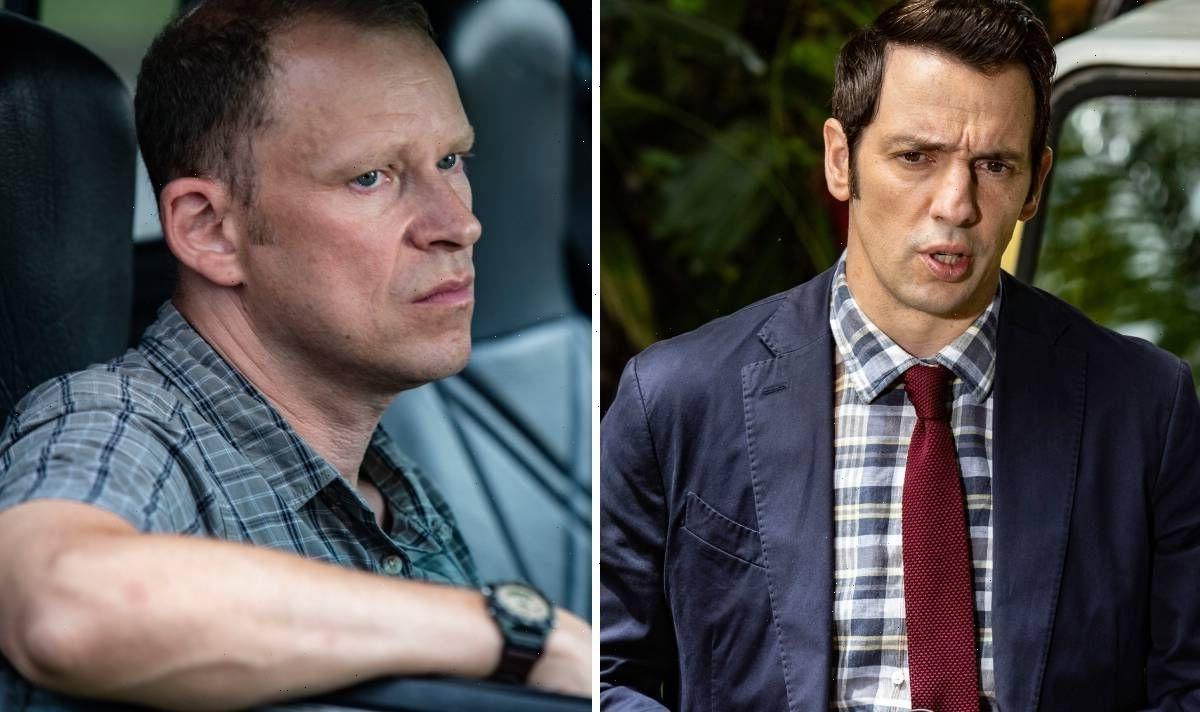 Death in Paradise has welcomed back DI Neville Parker (played by Ralf Little) and the rest of the Saint Marie police for more investigations to crack on the beautiful island. As always, new guest stars are introduced every episode and this upcoming instalment will be no different. Here’s everything there is to know about Death in Paradise season 12’s second episode.

Who guest stars in Death in Paradise season 12 episode 2?

Justin West is a “doomsday prepper” and is part of a community who are all getting organised for the end of the world.

He soon becomes a suspect when a member of the group is poisoned with cyanide pills, which were supposedly only meant to be used in an apocalyptic scenario.

Portraying Justin is actor and comedian Robert Webb who is best known for playing Jeremy “Jez” Usbourne in the Channel 4 sitcom Peep Show with David Mitchell.

Fans of Webb’s will remember him for leaving viewers in hysterics with his Comic Relief dance of What A Feeling back in 2009.

He once again took to the dancefloor in Strictly Come Dancing in 2021 but had to pull out due to health reasons.

It is thought that Raya could be Justin’s wife in this latest episode of Death in Paradise.

She also resides in the prepper commune but could Raya have had a motive for killing one of their members?

Actress Jo Hartley has been in a string of films, including Eddie the Eagle, The Young Victoria, Rulez, as well as popular TV shows like This is England and In My Skin.

Most recently, Hartley was behind June in Ricky Gervais’ Netflix dark comedy After Life.

Another suspect living among the preppers is Charlie Banks who is at the forefront of their community.

Actor Joplin Sibtain has been in a number of shows throughout his career, such as EastEnders, Doctors, Hard Sun, Safe and Avenue 5.

He stars in the Disney+ adventure series Andor which comes from the Star Wars franchise.

The show follows the formative years of Rebel spy Cassian Andor and his mission for the cause.

Rounding off the guest stars in Death in Paradise season 12 episode two is actress Felixe Forde.

She is very new to the entertainment industry, having previously only appeared in an episode of Doctors in 2021.

Forde will be behind a character called Luna Jones in the upcoming instalment of the comedy-drama.

The BBC has released a picture of Luna speaking to Raya but could it have anything to do with the investigation?

It reads: “The team investigate a preppers commune when one of their members is poisoned inside a locked bunker.

“Meanwhile, Neville has a series of adventurous dates with Sophie.”

Death in Paradise season 12 continues every Friday night at 9pm on BBC One.