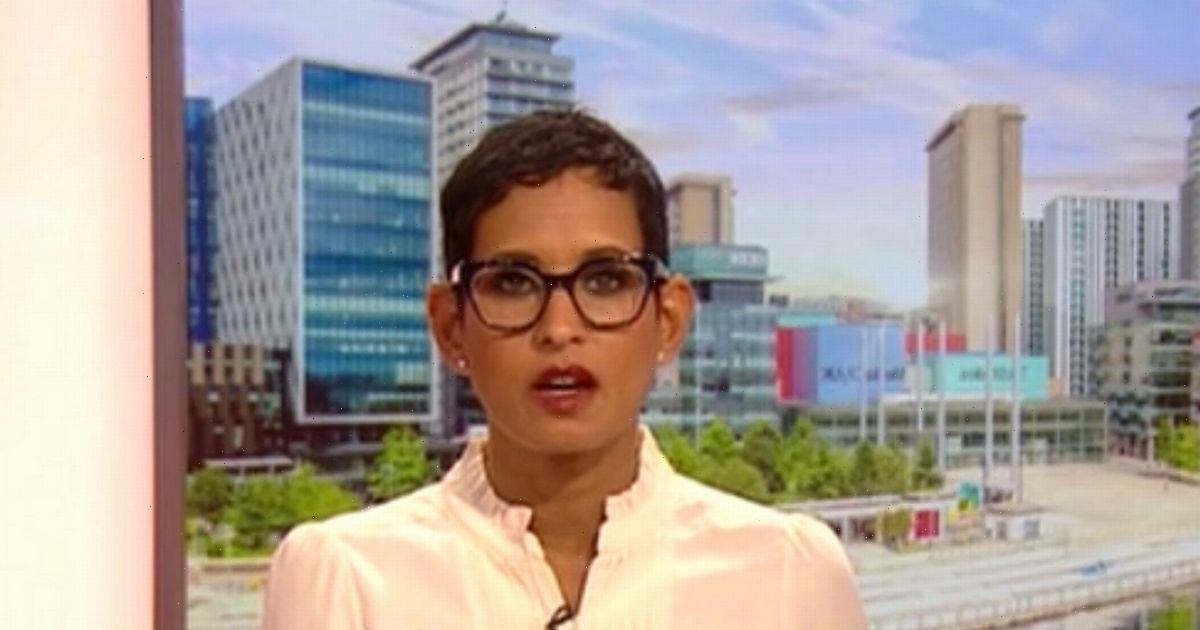 BBC Breakfast presenter Naga Munchetty told meteorologist Matt Taylor that he wasn't needed in the studio as his role had already been fulfilled.

The 47-year-old helmed Friday's instalment of the breakfast programme alongside co-host Charlie Stayt and the duo welcomed Mike Bushell into the studio to discuss the latest sports news.

The conversation soon turned to The 2023 Men's FIH Hockey World Cup which kicks off in India today.

As Mike, 57, discussed Wales' upcoming match against England, he referenced the weather conditions both teams will be playing in.

The Strictly Come Dancing star told the presenters: "At 11 o’clock in the eastern India city of Rakala, where it’s 27 degrees. Mild and sunny.”

“That will be quite some occasion with a fearsome crowd,” Charlie responded.

Mike continued: “They’ve both got to play India as well because it’s one of the national sports there," before Naga interjected: "Did you just say 27 degrees was mild?”

“Well for India yeah, I was thinking it would be 34 or 35 but I spoke to one of the players yesterday and they said it’s quite nice, quite pleasant, unlike here,” the BBC star explained.

As Matt then appeared on screen in the studio ready to present his weather report, Mike told his co-star: “Sorry Matt, stealing your thunder again."

The BBC Radio 5 Live host joked: "Yeah, no need for you Matt, we’ve had Mike do the job!"

“Always doing the weather before me,” the reporter responded before updating viewers on the forecast across the country.

This comes after Naga responded to trolls who make cruel comments about the outfits she wears.

She explained: "I get more comments than Charlie but I think also that is because men just wear suits, so there isn't really too much to object to.

"Whereas I don't wear suits and buy my own clothes. So inevitably people think they can comment on what I wear," the TV star added.

For more of the latest showbiz news from Daily Star, make sure you sign up to one of our newslettershere.