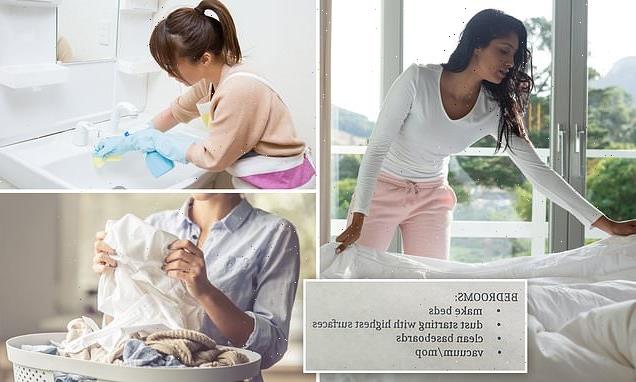 An Australian mum has revealed her ‘clean house flow chart’ and swears it helps keep her on top of her daily chores.

Posting the chart to a popular cleaning group on Facebook the mum said she ‘whipped up’ the chart to make sure she didn’t forget to do anything.

The impressive to do list includes decluttering, putting laundry on, doing the dishes and daily decluttering and selling of unused items. 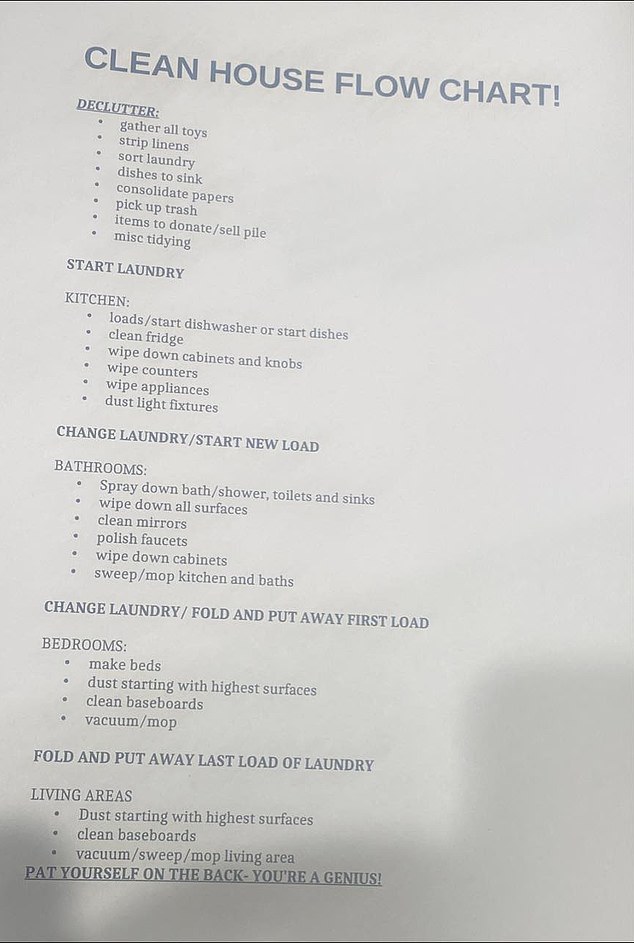 These are all listed in order of when they should be done, with each area of the house separated by a ‘load of laundry’.

And people were thrilled with it.

‘This is basically my routine once a week,’ said another.

But some people were distracted by certain points on the list – including the fact she likes to mop out her bath.

‘Quick question on mopping the bath, is that a thing,’ one woman asked.

‘I have never heard of mopping a bath before,’ confirmed another.

One person asked if the mop wouldn’t be dirtier than the bath, because it is used to clean the floor.

The mum said while it may seem silly it’s the only way she can do it.

‘I have a bad back so I find the mop is a bit easier for me,’ she said. 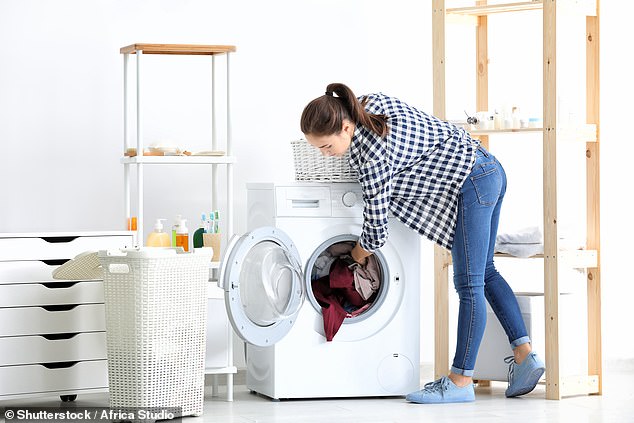 Others said they prefer to vacuum their baths because they are not used often and mostly have cobwebs or dust.

Some people questioned how the organised mum manages to stick to her list.

‘I would start the de clutter and then get distracted with something else that needs doing and so on. I have tried many different techniques but still can’t keep focused enough to do just one thing and finish it,’ one woman said.

‘I would end up out in the garden,’ said another.