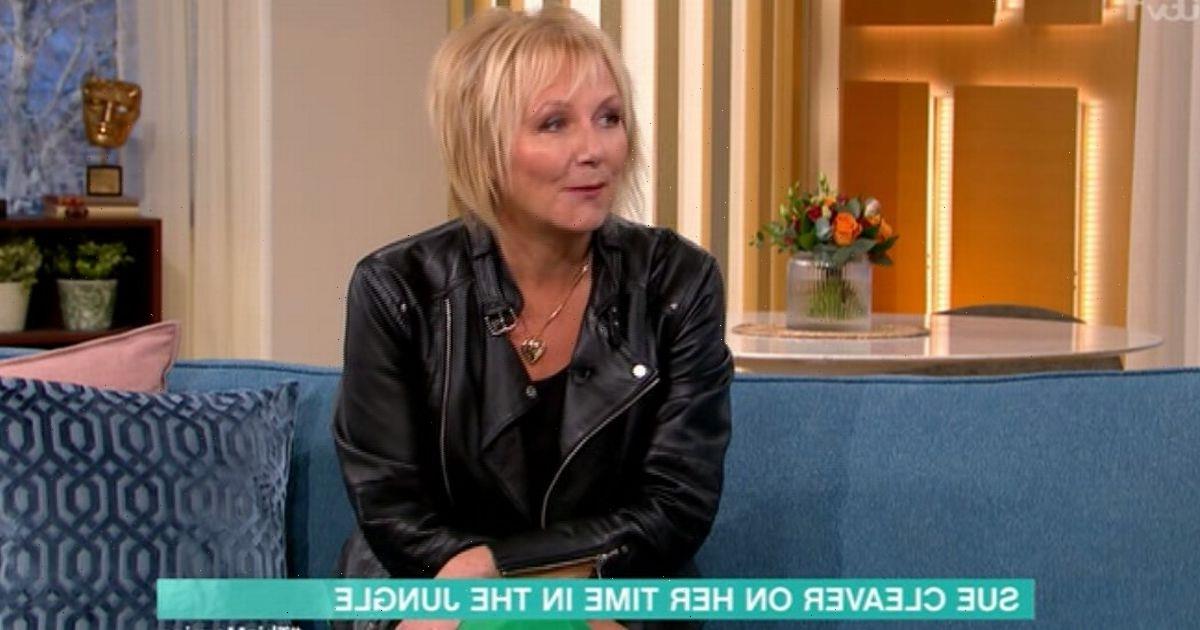 Sue Cleaver has told how she panicked and thought she'd been filmed naked when she woke up nude in a hotel room after being on I'm A Celebrity.

The Corrie legend was one of the contestants on the recent series of the ITV reality show – where she shared the camp with the likes of Boy George and Matt Hancock – and it seems that the feeling of having cameras on her all the time stayed with her a bit.

Appearing on This Morning, Sue shared that when she woke up in a hotel after leaving the show she initially thought she was still being filmed.

"I literally lay in bed and it was just silence, it felt like I was in a cardboard box," she said of her first night after leaving camp.

"You are so used to going to sleep with the sound of the tree frogs and waking up to the birds and it was just heavenly.

"And then my first night I did eventually fall asleep and I woke up starkers on top of the bed, looked up and saw a light from the fire alarm system, and went, 'Oh the cameras are on me!'"

As presenters Holly Willoughby and Phillip Schofield chuckled, she went on: "My heart!"

"Because I don't want to put that on anyone," she laughed.

Sue, 59, said she loved her time in the jungle and that what she experienced in the I'm A Celebrity camp had given her "great confidence".

"It has given me a big boost and I want lots more adventures," said the actress.

She also told Phil and Holly that she felt like a "completely new person" and that she was now "raring to go" and open to trying out some other new things.

"This is my decade," added the TV star.