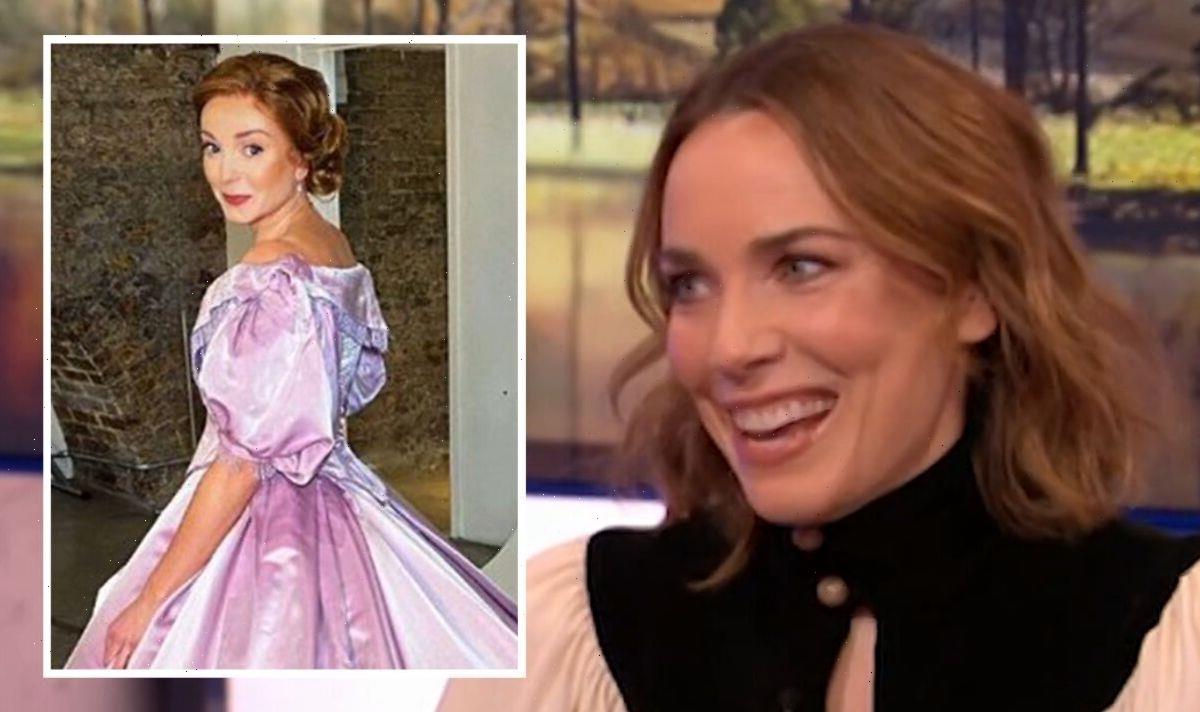 Helen and Laura joined The One Show hosts Jermaine Jenas and Alex Jones to discuss the 12th series of the BBC show and how privileged to be part of such a loved show. The pair also discussed their latest roles away from Call the Midwife as they step into their theatre shows.

Jermaine began: “Now you are also both set to be on stage very soon, Laura you will be appearing in Steel Magnolia’s. What can you tell us about your character and the show?”

Excitedly she revealed: “Yeah, Steel Magnolia’s, it is such an iconic, cult status movie! She is the mum of Shelby who is about to get married.

“It is in a hairdressing salon in South Louisiana and it is just six women, unlike the movie which just goes all over the shop, and has all the characters and men.

“It is just six women in a small salon over four scenes, over a period of years and quite a lot happens.”

Alex asked: “Are you doing the accent or are you sticking to yours?”

Laughing at the thought, Laura admitted: “Of course! No, no, I am not giving it Laura or Shelagh. I am not sure I can improvise in it yet.

“Not Louisianna but I do my best,” she said on the accent revealing that she needed it to be perfect for next week.

Moving onto Helen’s new role, Alex asked: “You are in The King and I and you are playing Anna, and well I am just jealous of the dress. What a dream role that is.”

Helen agreed: “Yeah! I have been really lucky with it, it is such a classic musical and a role that I never thought I would have the opportunity of playing, so it is a dream role.”

Laura praised her co-star and said: “To me, it totally fits, she fits the role.”

Before Helen revealed: “So, the dress weighs 40 pounds, it is huge. I am starting to rehearse in the petticoat, but no one can get close to me because it comes out so far.

“There are handles in the dress to manoeuvre it!”

Call the Midwife returned after a spectacular Christmas special, which finally saw a happy ending for Trixie as she got engaged to boyfriend Matthew Aylward (Olly Rix).

Standing on a beautifully lit bridge by the water, Matthew told Trixie: “I love you, I love you for who you are. I love you for all the places that you have been and come back from.

“I love you for all the things that you have shown me, and all the places that we have yet to go. So will you just come with me, Trixie? Will you come with me as my wife?”

As she stood there shocked, Matthew got down on one knee and presented her with a beautiful ring.

“All I care about is you, all I have ever cared about is you,” before he threw the ring down the bank, leaving Trixie to chase after it.

As she searched for the ring, she told him: “You have just thrown a diamond as big as big ben into the Thames. I love you so much that I am doing this in a pair of brand-new suede shoes.”

She eventually found the ring and said yes to Matthew’s hand in marriage, before they made their way back to Poplar and revealed their news.

The One Show airs weekdays from 7pm on BBC One.