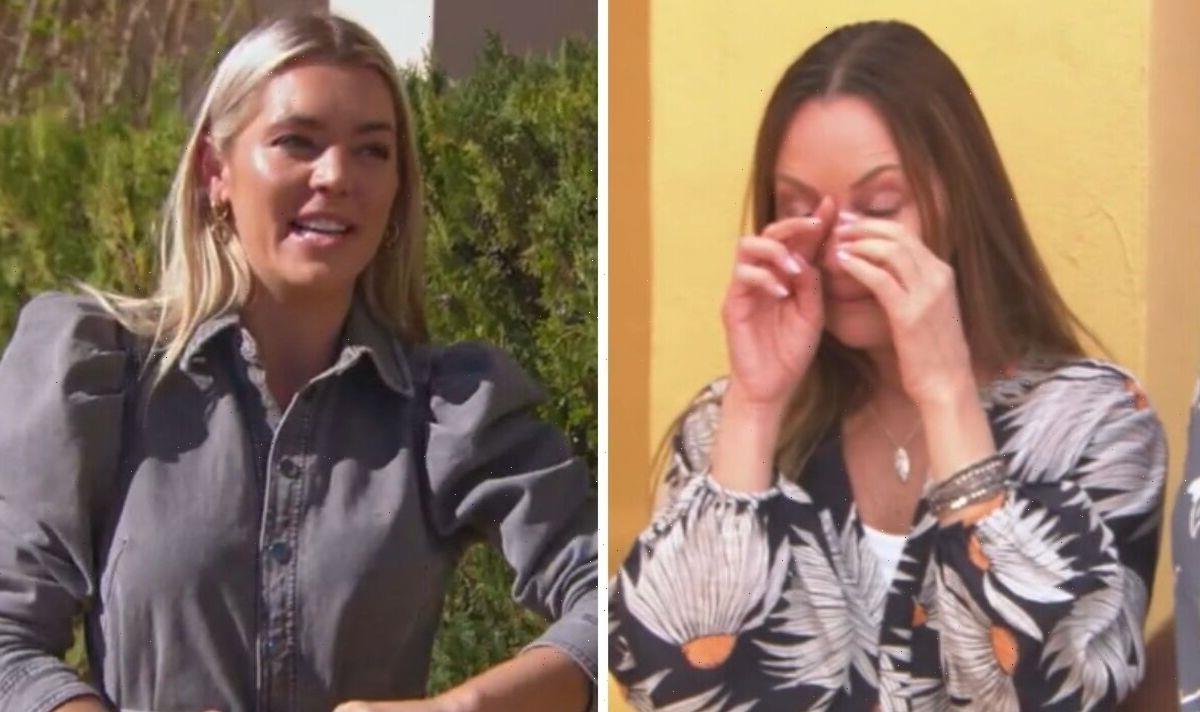 A Place in the Sun: House hunter tears up at dream home

The couple had a budget of £120,000 to spend and explained to Danni Menzies that they wanted to spend the winter months and long periods of time in Spain. The A Place in the Sun presenter was confident she could find Louise and Chris their dream home as she had five stunning properties up her sleeve.

The first property on Danni’s list was priced above their budget and despite liking the apartment from the outside, Chris was quick to point out a “problem” when they stepped inside.

As the pair walked out onto the balcony, they loved the sea views but they weren’t keen on the lack of sunshine.

Danni explained the balcony would see the sun in the morning, but towards the afternoon and evening, they would be in the shade.

Despite the setback, Louise explained property number one was a contender.

Next up, was another apartment with a private terrace priced at £120,000.

The property expert also pointed out that the couple would see the afternoon sun from the balcony.

When gathering feedback about the apartment, Chris said it was a contender but the sun aspect was an issue.

The house hunter noticed the pool wouldn’t see much sunlight, which was an issue for them.

Danni felt confident with her third choice as she told viewers it had a sunny rooftop terrace.

However, as they stood outside of the third apartment, Louise and Chris seemed instantly put off.

Once again, the buyers felt that there would be a lack of sunshine.

As they stepped foot inside, Louise abruptly said: “I don’t like it.”

She went on to add: “I am not feeling it really.”

However, they instantly changed their minds when they were shown the huge roof terrace.

When it came to the feedback, the couple decided to rule out both the third and first properties, meaning only one was in the running.

However, things took a U-turn with the fifth property search and it all got too much for Louise.

The house hunter broke down in tears as she detailed the heartbreaking decision for their move.

“I can see myself sitting here with a glass of wine,” Chris said as Louise put her hands to her face.

“Oh, is she off?” Danni asked as Louise broke down in tears.

The house hunter explained the emotional reason for their move: “It is just the reality of getting our dream isn’t it? And look at it.”

Chris weighed in: “There have been a lot of things we put on hold and as we mentioned earlier we’ve had a lot going on this year. And if we tick this off the list, this would be a great start to our future.”

Although, when it came to making a decision, the couple decided to put in an offer below the asking price which was immediately rejected.

They then gave a counter-offer which Chris said they “would leave on the table” for the current house owners.

A Place in the Sun airs weekdays at 3pm on Channel 4.