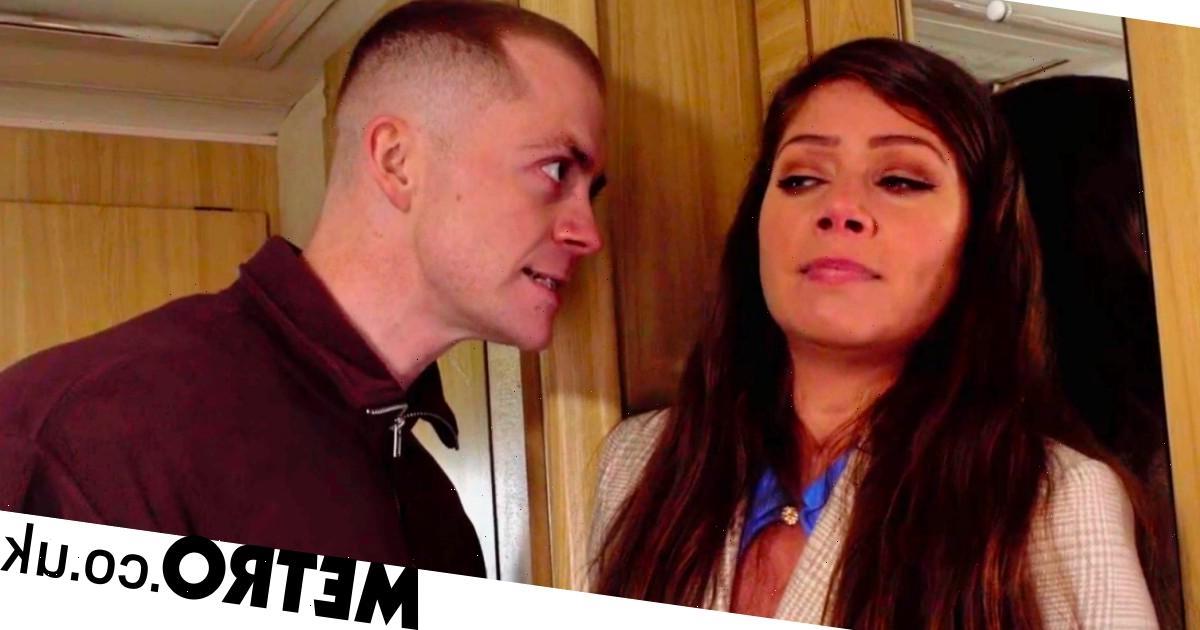 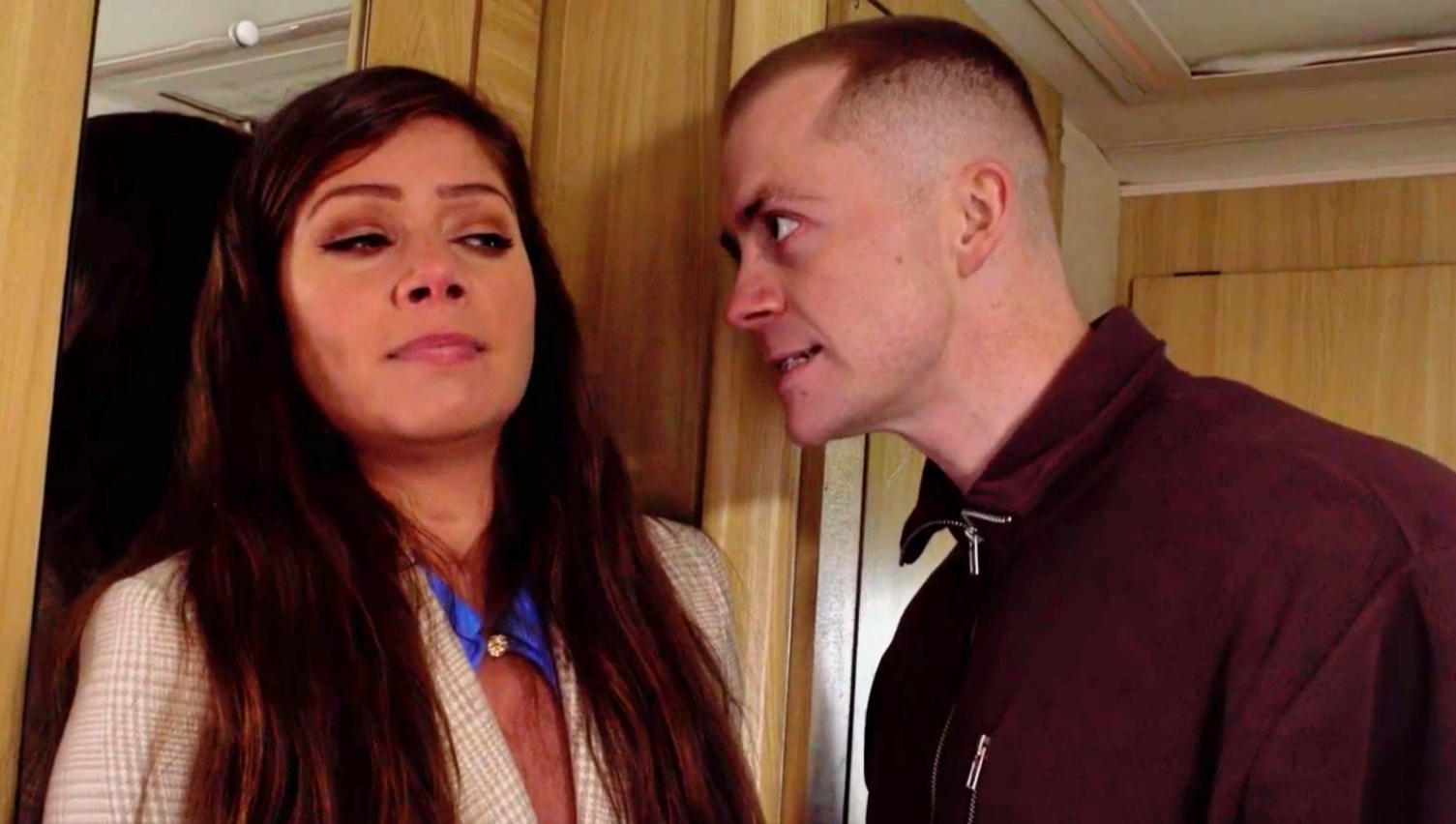 Eric Foster (Angus Castle-Doughty) told a terrifying Maxine Minniver (Nikki Sanderson), who he has taken prisoner, that he’s going to kill her and her entire family in disturbing Hollyoaks scenes.

The radical misogynist took Maxine captive last week, after catching her snooping in his caravan for evidence to prove that he’s a serious danger to the women of the village.

Maxine found what she was looking for, but Eric locked her inside, before transporting her to a remote location, where he proceeded to explain his actions to her.

After tying Maxine up, the incel revealed that he’s got a plan that will allow the women of the village to ‘see’ him – one involving a crossbow and arrow.

Maxine attempted to reason with her captor, but Eric claimed that she was using her femininity to trick him, and therefore he was going to make her pay by killing her.

To cover his tracks, Eric then prepared a text on Max’s phone, one he intended to send to her nearest and dearest on the day of Verity Hutchinson’s (Eva O’Hara) funeral so that no-one would question why she never showed up.

After doing so, the misogynist pointed his crossbow at Maxine, telling her that he’s going to kill her – but not before he claims the lives of her loved ones first.

Will Maxine make it to safety? Or is this really the end?

Only time will tell, but be sure not to miss the next episode, which is an hour-long special focusing on this storyline, which is set to reach it’s long-awaited dramatic peak.

Discussing Eric’s actions during the episode, actor Angus Castle-Doughty told Metro.co.uk: ‘He’s incredibly dangerous because I think he believes that he’s got nothing left to live for.

‘And with that comes this air of indestructability because he doesn’t value himself so why would he value anyone else?’

Hollyoaks continues Tuesday January 10 at 7pm on E4, or stream the next episode from midnight on All4.