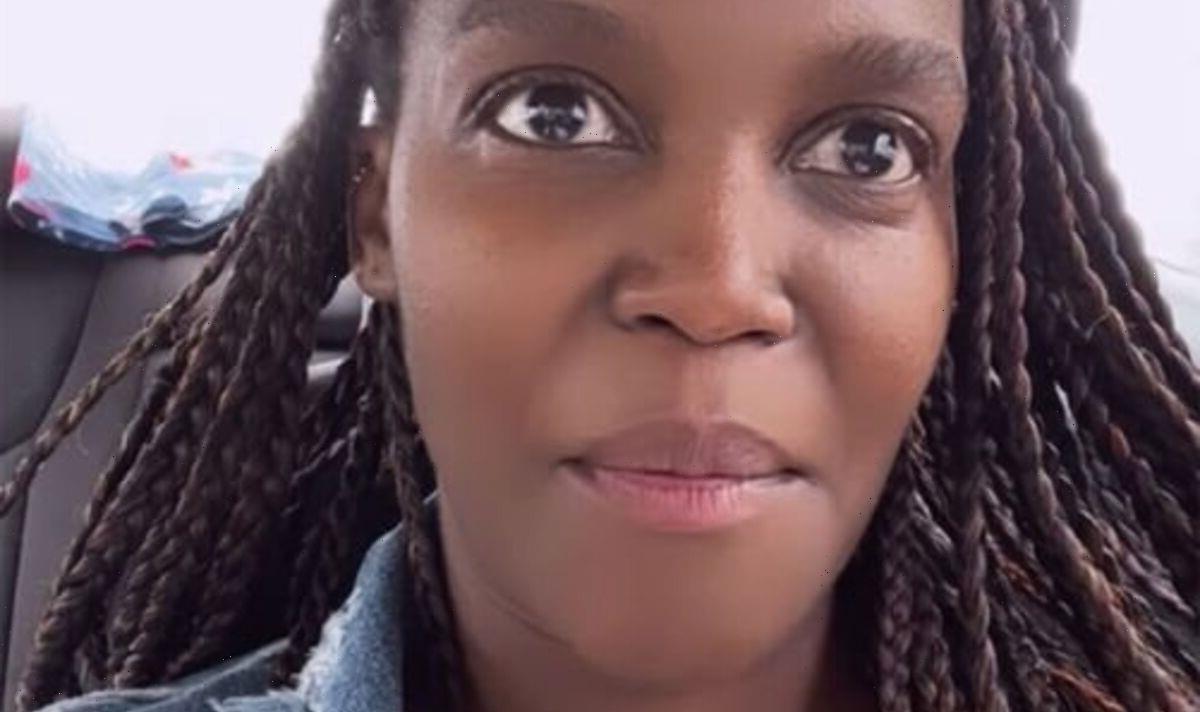 Oti has been enjoying a break in her homeland of South Africa for the past few weeks with her dashing husband Marius Iepure. The pair decided to embark on the opportunity of a lifetime today as they swam with notoriously dangerous sharks.

The Strictly Come Dancing star showed her Instagram followers a cage that she and Marius would be getting into alongside the majestic sea creatures.

However, it appeared that Oti’s followers were more than just a bit concerned after she then went silent on the social media app for a while.

After the experience, Oti filmed herself in a car saying: “A lot of you are asking if we survived because I haven’t responded in such a long time.

“We definitely survived. It was one of the best things I’ve ever done and I would recommend doing it.

“I don’t like to be scared because I don’t feel like fear should be a factor in my life.

“Fear of anything, sharks, snakes, failure. I don’t believe in fear,” she added.

The dancer explained how she is a risk-taker when it comes to trying new activities.

She continued: “I feel like you have to face the things that scare you the most.

“So we survived and I’m a little bit sad we waited this long to do it. I wish I had done this earlier or more often, but it was amazing.”

It comes as the Dancing on Ice judge put on a loved-up display with Marius as they posed for snaps on Instagram during a romantic safari getaway over the Christmas holidays.

The former Strictly pro, 32, couldn’t contain her smile as she wrapped her arms around her beau while staring into his eyes on a cliff edge in South Africa’s Kruger National Park.

The couple, who tied the knot in 2014, cosied up to one another as Marius tucked his hand into Oti’s denim shorts pocket before dipping her.

Alongside the sweet snaps, the professional dancer penned: “Last but certainly not least… this guy.”

Oti and Marius met in Germany during a dance trial and competed together in several competitions.

Although the Romanian dancer, 40, has not followed in his wife’s footsteps with a stint on Strictly, he’s no stranger to TV, having appeared on two seasons of German show Let’s Dance.

Marius popped the question on his birthday to the Dancing On Ice judge in 2014 and the pair married that same year.

The snaps follow reports that Oti is being considered as a replacement for David Walliams on Britain’s Got Talent, after his vile remarks about two of the show’s contestants were unearthed via an audio clip.

Bosses of the reality programme have discussed how the star would be perfect for the role, according to sources.

She is currently at the centre of a tug of war between ITV and the BBC, who both want her to star on their shows because of her overwhelming popularity.

A television insider told The Mail on Sunday: “Oti’s name is in the frame. She is being touted as the perfect replacement for Walliams if ITV decides not to take him back.

“There are multiple conversations taking place as negotiations are currently taking place but Oti is a clear route many involved in BGT want to take.

“They think she would be perfect.”