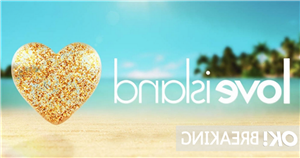 The start date for the winter edition of Love Island has been announced, with the ITV2 show set to hit screens on January 16.

The programme will air at its usual time of 9pm, which will see Maya Jama make her hosting debut.

The brunette beauty was announced at Laura Whitmore's replacement in October after the Irish TV presenter decided to step down from the role shortly after the 2022 summer series.

Ahead of her debut, Maya, 28, has shared a teaser of the upcoming season where she told viewers to "grab love by the horns" while riding a mechanical bull.

Laura, who took over from the late Caroline Flack in 2020, revealed that she was stepping away from the hosting gig last year when she said: ""Some news! I won't be hosting the next series of Love Island."

"There are certain elements of the show I've found very difficult that cannot be changed some due to the format, including the flying back and forth to South Africa along with my new conflicting projects. I wish it was still possible but know you'll be in safe hands.

"I was only planning to fill in for Caroline for a series and it turned into 3 series."