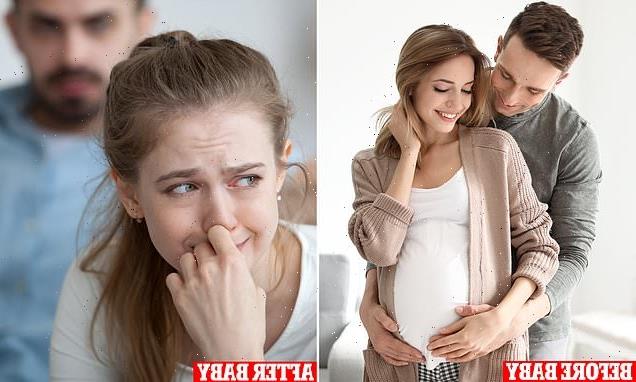 A new mum has revealed the moment she ‘finally’ snapped at her husband after copping criticism about her post-partum body ‘not being good enough’ for months.

The woman posted a passionate account to Reddit of how she ‘ruined’ Christmas dinner with his family after standing up for herself.

It began when her sister-in-law complimented the dress she was wearing. 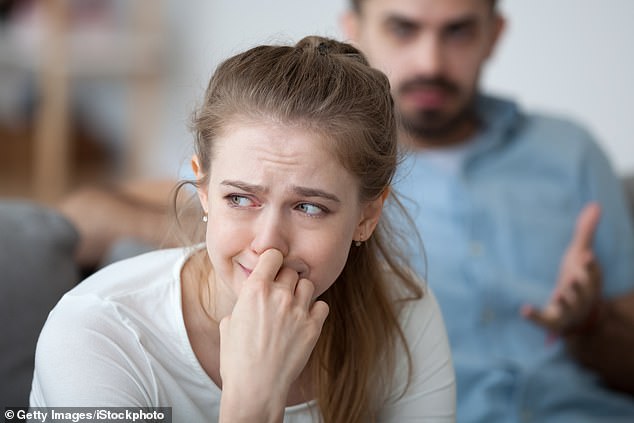 She was thanking her when her husband chimed in with a comment on how ‘it would look better if her waist was smaller like it used to be’.

And after months of similar taunts about how ‘she used to be hot’ she was ‘absolutely fuming’ and lost her cool.

She pulled her chair out and, in the middle of the meal, screamed at her husband in front of his entire extended family.

She added that her husband tried to calm her down and said his comments weren’t criticisms, ‘just observations’.

But that just made her madder and the party ended early with him storming off to a mate’s house to cool down.

When he got there she received scathing text messages slamming her for embarrassing him in front of his family and letting her own insecurities get in the way of a lovely day.

He told her to go see a therapist, calling her out for being unhinged.

What should the mum do?

What should the mum do?

And while she felt bad about the timing of her outburst she did make the point of explaining the cruel ‘observation’ wasn’t a ‘one off’.

‘He never says any hurtful words but I find his ‘observations’ as he calls it hurtful,’ she said.

‘For example, he’d see me wearing an old top and say “oh that top used to look good on you but not anymore though” or when he looks at my waist and says “wow, didn’t know your waist could get this wide”.’

Now with her husband back home, she feels like ‘an idiot’ for ‘ruining Christmas for him and his family’ over her ‘sensitivity’.

She then posted her thread to see what the people thought of her behaviour – and thousands were quick to defend her.

Many told her to get help for domestic violence and slammed her husband for gas lighting techniques and emotional manipulation.

‘I think the last thing your husband really wants is for you to “get therapy”. If you do, you’ll discover that he is an emotionally abusive bully and stop feeling guilty for refusing to put up with his BS,’ one woman said.

They added that she should go to therapy so she can rebuild the confidence he eroded.

Another woman said she would be looking into a good divorce lawyer – and calling him out on his use of the word ‘observation’.

What are the common toxic signs of gaslighting to be aware of ?

Gaslighters use a range of ‘techniques’ to execute their control, including:

Pretending not to understand when they do – they may pretend to completely misunderstand what you are saying or doing, despite the fact that you are being very transparent and clear in your actions or motives.

Labelling your thoughts as crazy or imagined – a person gaslighting you may tell you things like, ‘that never happened’. For instance, they may say one thing to you on a particular day and the following day, vehemently deny ever saying it.

Questioning the other person’s memory of events when they remember correctly – in a similar vein as above, they may continually question your version of events until you doubt them yourself.

Pretending to forget what actually occurred when you actually remember – this also falls in line with the other two points. You may recall clearly an event, while they may flat out deny the event ever occurred.

Denying promises that you know they have made – gaslighters love to make promises to people only to deny they ever made them in the first place. It’s a classic mind game that leaves the recipient bewildered and confused.

Trivialising the other person’s feelings as being too sensitive when their reaction is somewhat normal.

‘When he is like “I’m just making ‘observations’ about your body”. Respond with “these are not merely observations but body shaming, you can call them what you want but know that calling them ‘observations’ does not change the fact you are BODY SHAMING YOUR WIFE!’,’ she wrote.

‘People like him never change. I would also let his family know that you are sorry you made things awkward but that he has been body shaming you, his wife and mother of his child, for MONTHS,’ she added.

Men also chimed in, one calling her husband ‘an absolute jacka**’.

‘Don’t make the mistake of trying couples therapy though. He will gaslight the therapist into getting sorry for him. Your therapy needs to be YOUR therapy. Your husband f**king SUCKS,’ wrote another.

One mum shared her violent thoughts on the situation.

‘Imagine the audacity of complaining about your partner’s body change right after she went through nine months of pregnancy, unbelievable pains of labour and the nastiness of postpartum to give you a child.

‘Unironically, men who critique bodies of women who gave birth to their children should get their balls nailed to the floor. They don’t deserve more children anyway,’ she said.

Others said if she made her own ‘observations’ to talk about weight gain, wrinkles, hair loss or other ‘normal’ signs of aging her partner would ‘call her out’.

Some had been  the same situation and urged her to ‘get herself and her son out’. 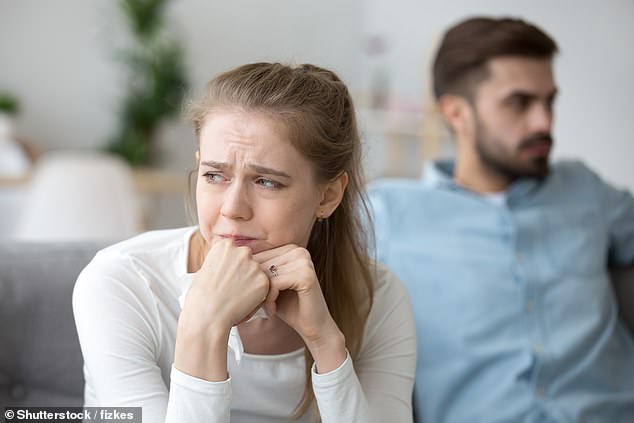 ‘He is only going to escalate from here because you called him on it, in public, in front of his family no less. I’m proud of you for doing that but it’s likely he will retaliate.

‘And I’m sure you don’t want your son growing up being taught it’s okay to treat women this way.

‘My EX husband didn’t start getting abusive until after we had a child. I had him go to counseling. I didn’t want to “destroy the family” but counseling did not help him. It has helped me,’ she said.

Some people, who claimed to be therapists, said his behaviour leaned toward being narcissistic.

‘He is being passive aggressive to wear you down, then gas lighting you to make you look crazy,’ one woman said.

‘I am a counsellor, and I suggest he would be much better as an ex,’ said another.

The woman’s account was suspended after she posted about her partner’s behaviour, despite many people calling for her to let them know what happened.