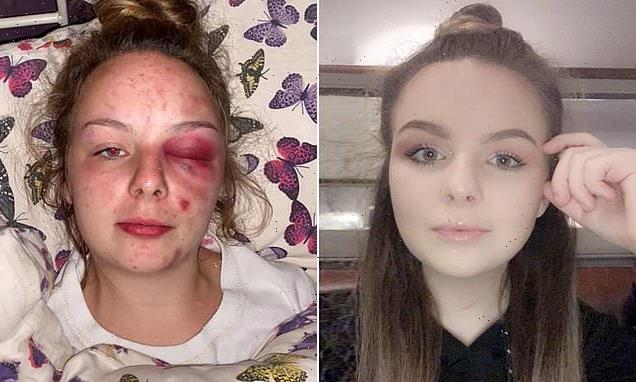 Woman, 22, who falsely claimed she was raped and trafficked by an Asian grooming gang and posted photos of her injuries on Facebook is found guilty of perverting course of justice

A woman who claimed she was raped by several men and the victim of an Asian grooming gang has been convicted of perverting the course of justice.

The post was shared more than 100,000 times, but the court heard her story was fiction and and that she had injured herself with a hammer.

Today a jury at Preston Crown Court found her guilty of eight counts of doing acts tending and intended to pervert the course of justice.

Williams, of Teasdale Road, Barrow, stared straight ahead as the verdicts were returned.

She pleaded guilty at an earlier hearing to one count of perverting the course of justice, which related to contacting her sister and mother with requests for them to take a hammer to her solicitor. 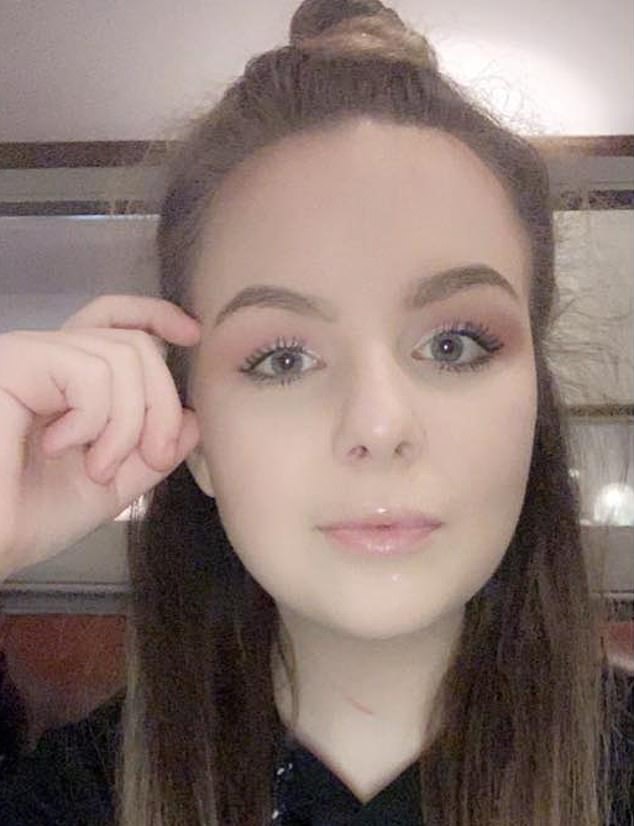 Elleanor Williams, 22, has been convicted of eight counts of perverting the cause of justice 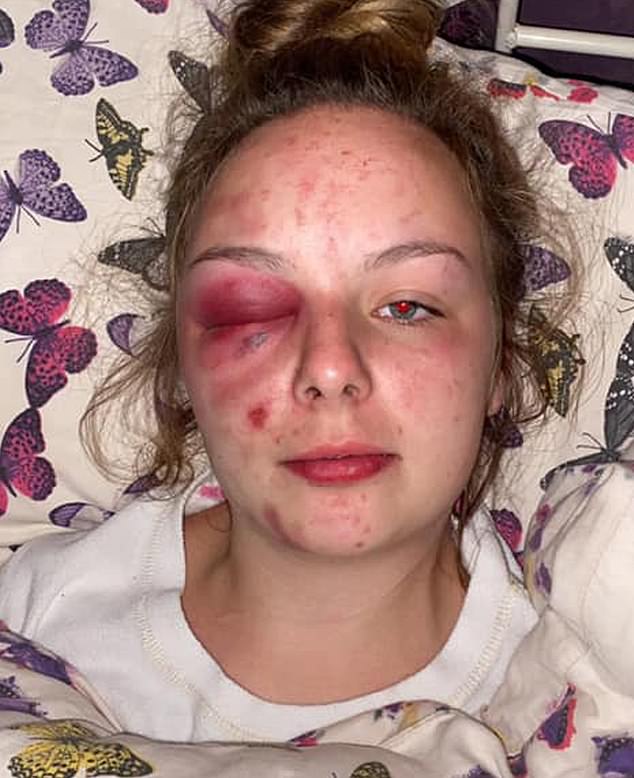 During the trial, the prosecution claimed Williams caused the injuries to herself with a hammer

‘It included, as I can recall, at least one family moving out of the Barrow area and harm to various businesses.’

The Facebook post sparked demonstrations in her home town of Barrow-in-Furness, Cumbria, and led to former English Defence League founder Tommy Robinson visiting the town to ‘investigate’ the claims.

A Facebook group called Justice for Ellie was created and so was a crowdfunder, which raised £22,000 to help bring her abusers to justice.

On May 19, 2020 she was found by officers near her home on Walney Island with injuries which she claimed were inflicted by the gang after she was taken to a house in the town and raped.

But the prosecution claimed Williams caused the injuries to herself with a hammer, which was found with her blood on close by.

Jonathan Sandiford KC, prosecuting, said the incident was a ‘finale’ to a series of false allegations made by Williams.

In his closing speech, he told the jury: ‘The defendant goes online to her social media contacts and effectively finds random names on the internet she presents as being victims of trafficking or perpetrators.’

It was alleged Williams sent some messages to herself, making them appear as if they were from traffickers or fellow victims, and in other cases manipulated real people to send messages which she then said were from her abusers.

The jury was told some of the people she made allegations about were real, while others, the prosecution claimed, did not exist.

The court heard a Snapchat account which Williams claimed belonged to an Asian trafficker called Shaggy Wood was the account of a man called Liam Wood, who lived in Essex, worked in Tesco, and believed Williams to be a friend who lived in Portsmouth and was planning to visit him.

During the trial the jury heard evidence from business owner Mohammed Ramzan, who Williams claimed had groomed her from the age of 12. 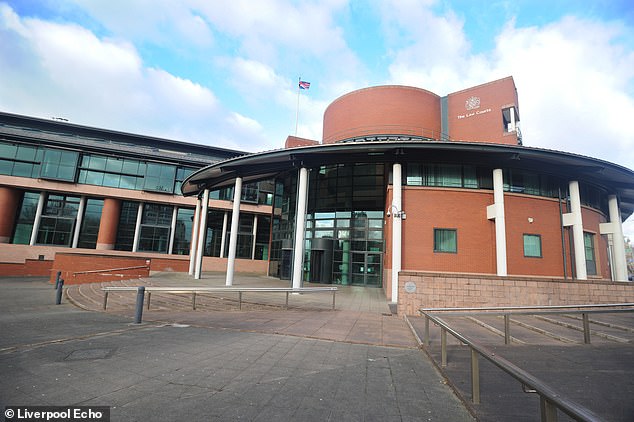 Under cross-examination, Mr Ramzan asked Louise Blackwell KC, defending: ‘Don’t you think you have put my life through enough hell, or your client has?’

In what Mr Sandiford compared with a scene from Liam Neeson film Taken, Williams claimed Mr Ramzan had put her to work at brothels in Amsterdam and sold her at an auction there.

But the court heard at the time she was in Amsterdam, his bank card was being used at a B&Q in Barrow.

Another man accused of rape by Williams, Jordan Trengove, told the court: ‘It can ruin your life and it has ruined mine.’

During her evidence, Williams denied telling a ‘pack of lies’ to the police and the jury.

Asked about her Facebook post, she said: ‘I wanted people to know what was going on in Barrow, still is going on.’