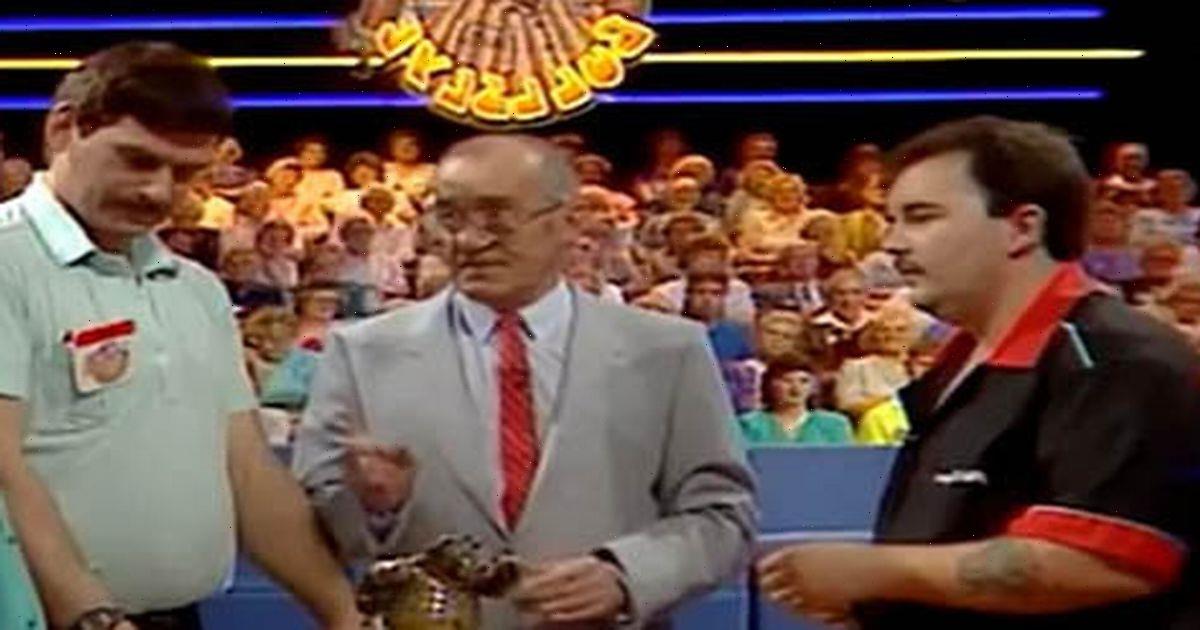 King of the oche Phil Taylor won 16 world titles but never hit the jackpot on ITV game show Bullseye – until he pulled a fast one.

The 'Power' features on re-runs of the popular ratings-topper hosted by Jim Bowen where guest professionals threw nine darts with £1 per point going to the contestants' nominated charity.

If the players scored 301 or more, producers doubled the charity donation – but Taylor, now 62, revealed: “I never hit the 301 – I hit 300 once and gave them my £300 appearance fee to make up the difference.

READ MORE: Rare footage of when Phil Taylor was RUBBISH at darts emerges

“Here's a secret – the board on Bullseye was four inches higher. Whoever put the stage together got the measurements wrong, so they shortened the oche to compensate.

“And Jim, bless his soul, was a bag of nerves and fluff his lines. When he was reading out the quiz questions, he would accidentally give away the answers by saying things like, 'What's the capital of Paris?'

What are your memories of watching Bullseye? Comment here

“The only time I hit 301 was when the show was revived and filmed at Leeds, with Dave Spikey as host. It was the first Bullseye show for about 15 years, it's freezing cold in the studio and I hit 45, 28 and 60. Dave asks, 'What do you think of your score, Phil?'