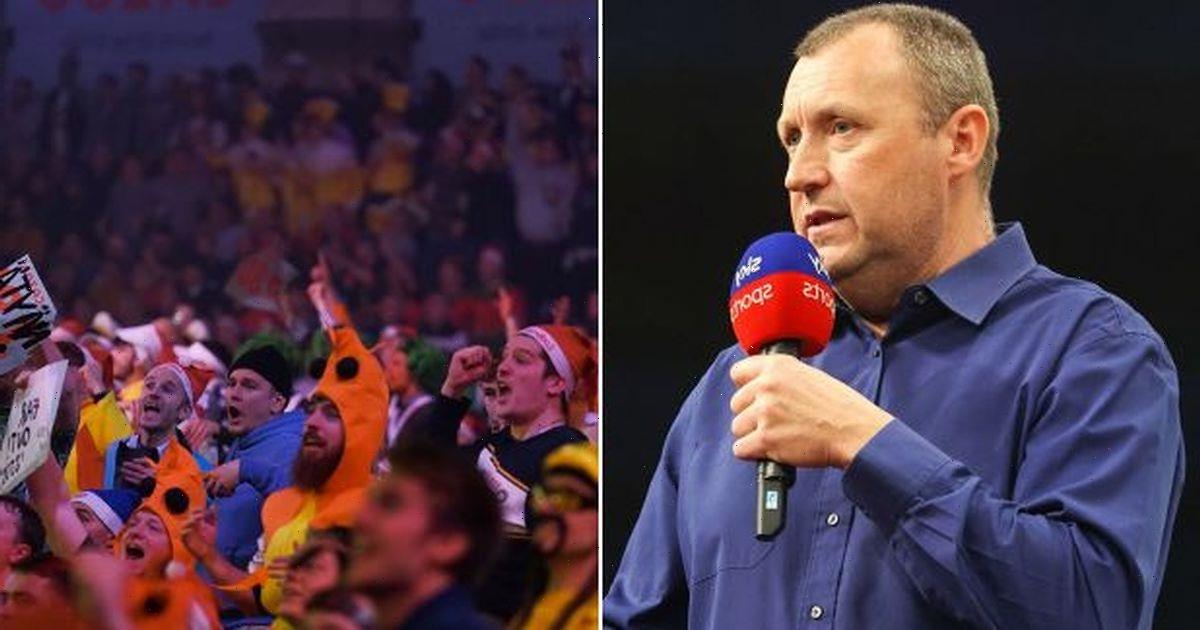 Wayne Mardle has pleaded for darts fans attending the World Championship final to show respect for both players, regardless of the result.

Following 16 days of darting drama, the best two players in the world at present will collide on the Alexandra Palace stage for the right to lift the Sid Waddell Trophy, with the winner netting a staggering £500,000 in prize money.

Michael Van Gerwen is looking for his fourth world crown while Michael Smith is eyeing his first, having lost in two previous finals at Ally Pally. It is hoped all the drama is reserved for the action on the oche following controversy over the conduct of the crowd at the tournament.

As usual, Gerwyn Price was subjected to boos and abuse from a section of supporters, to such an extent he decided to don ear defenders for a set during his quarter-final defeat to Gabriel Clemens.

Many other players have been targeted, including Jonny Clayton and Alan Soutar. The popular Ricky Evans was even booed during his first round win over Fallon Sherrock.

The incidents have brought the issue of fan behaviour into focus. Mardle has regularly called for fans to show respect to both players, regardless of who they are supporting. And he made one final plea at the 2023 tournament as he headed to Ally Pally to commentate on the final.

Do you think players should be afforded more respect by fans? Tell us in the comments section below

“Right. I’m leaving for Ally Pally. To all those attending, cheer for the person you want to win, not boo the player you don’t. Enjoy the final wherever you’re watching it. Good luck to both Michael and Michael!”

In light of Price taking such an extraordinary measure to block out the taunts aimed in his direction, the PDC issued a statement essentially saying the players much get on with it.

“The atmosphere is part of the event and is something that all players are well used to,” a PDC spokesperson said via The Guardian this week.