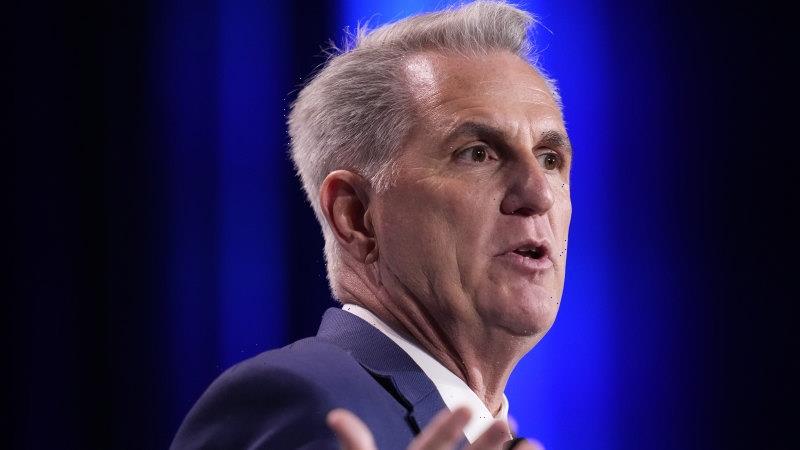 Washington: Representative Kevin McCarthy, the party leader, toiled — 24 hours before Republicans assume the House majority — to lock down the votes he needs to be elected Speaker because he had so far failed to break through entrenched opposition from hard-right lawmakers.

The recalcitrance among ultraconservative lawmakers, even after McCarthy made a key concession that would weaken his power in the top post, threatened a tumultuous start to the Republican majority in the House. The standoff on Monday (US time) underscored McCarthy’s precarious position within his conference and all but guaranteed that even if he eked out a victory he would be a diminished figure beholden to an empowered right flank. 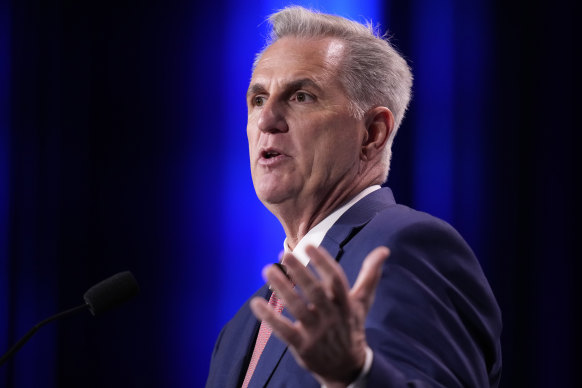 Republican Kevin McCarthy hasn’t been able to secure the votes he needs to become House Speaker.Credit:AP

In a vote planned for around midday Tuesday (Wednesday AEDT), when the new Congress convenes, McCarthy would need to win a majority of those present and voting — 218 if every member of the House were to attend and cast a vote. But despite a gruelling weekslong lobbying effort, McCarthy appeared short of the near-unanimity he would need within his ranks to prevail.

A group of five Republicans has publicly vowed to vote against him, and more are quietly opposed or on the fence. Republicans control 222 seats, and Democrats are all but certain to oppose him en masse, so McCarthy can afford to lose only a handful of his own party members.

With little time left before the vote, McCarthy attempted over the weekend to deliver the hard-liners a major concession by agreeing to a rule that would allow a snap vote at any time to oust the speaker.

Republican representatives opposing him had listed the change as one of their top demands, and McCarthy had earlier refused to swallow it, regarding it as tantamount to signing the death warrant for his speakership in advance. But in recent days, he signalled he would accept it if the threshold for calling such a vote were five lawmakers rather than a single member. 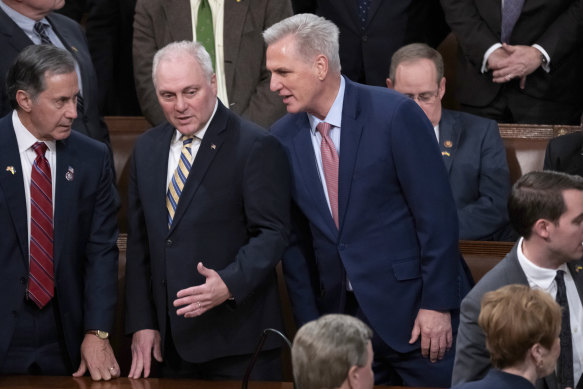 House Republican Leader Kevin McCarthy confers with Minority Whip Steve Scalise, left, before an address by Ukrainian President Volodymyr Zelensky in the House chamber, at the Capitol in Washington in December.Credit:AP

But that was not enough to sway the five rebels opposing him, and more dissenters emerged Sunday night, after McCarthy announced the concession to Republicans in a conference call.

With the holdouts unwilling to bend, McCarthy could not tell lawmakers and members-elect during the call that he had secured the votes for speaker. McCarthy could only say that he still had time before the vote Tuesday, according to two people familiar with the call who insisted on anonymity to describe it.

Roughly two hours later, a separate group of nine conservative lawmakers — most of whom had previously expressed scepticism about McCarthy’s bid for speaker — derided his efforts to appease their flank of the party as “almost impossibly late to address continued deficiencies.”

The group included Representatives Scott Perry of Pennsylvania, chair of the Freedom Caucus, and Chip Roy of Texas.

“The times call for radical departure from the status quo — not a continuation of past, and ongoing Republican failures,” the group said in a statement.

“For someone with a 14-year presence in senior House Republican leadership, Mr. McCarthy bears squarely the burden to correct the dysfunction he now explicitly admits across that long tenure.”

McCarthy has pledged to fight for the speakership on the House floor until the very end, even if it requires lawmakers to vote more than once, a prospect that now appears to be a distinct possibility.

If he were fail to win a majority, members would take successive votes until someone — McCarthy or a different nominee — secured enough supporters to prevail.

That could prompt chaos not seen on the House floor in a century. Every speaker since 1923 has been able to clinch the gavel after just one vote.