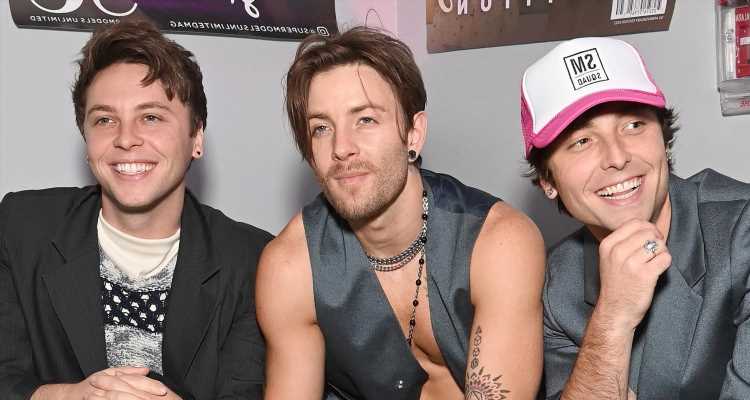 Emblem3 is starting the new year off strong!

The trio – Drew Chadwick, Keaton Stromberg and Wesley Stromberg – took to social media on Monday (January 2) to announce that they will be dropping a new album in 2023.

If you recall, the guys reunited once again, announcing in 2020 that they had plans for an international tour and that they were working on new music together.

“We’ve got a special surprise announcement for you all…new album coming February 8th! 🎉 When we first started working on our next album, we knew we wanted to do something for the fans and revisit our roots. You’ve been asking and we heard you: we are releasing Songs from the Couch Vol. 2,” they said.

“We wanted to do something fun for this announcement. You might have seen a few clues from @theboysareback.co over the past few weeks, and we’ve been keeping it very quiet 👀…but it’s us!”

“We hope you’ve enjoyed piecing together the clues and reminiscing on iconic moments in music with us. We’ve always admired these boybands growing up and the things they’ve accomplished. They’ve inspired us in our own music and created bold and brilliant communities of fans.”

“Each clue is an homage to the legacies they’ve created. We’ve loved seeing you all guess and build your own community through this together. We can’t wait to enter this new era together,” the trio concluded. “We love you all so much. We hope you love it.”

All the clues that Emblem3 had been releasing through @theboysareback.co led many fans to believe that a One Direction reunion was on the horizon. Since their announcement, they went back and revealed which bands inspired each photo clue!