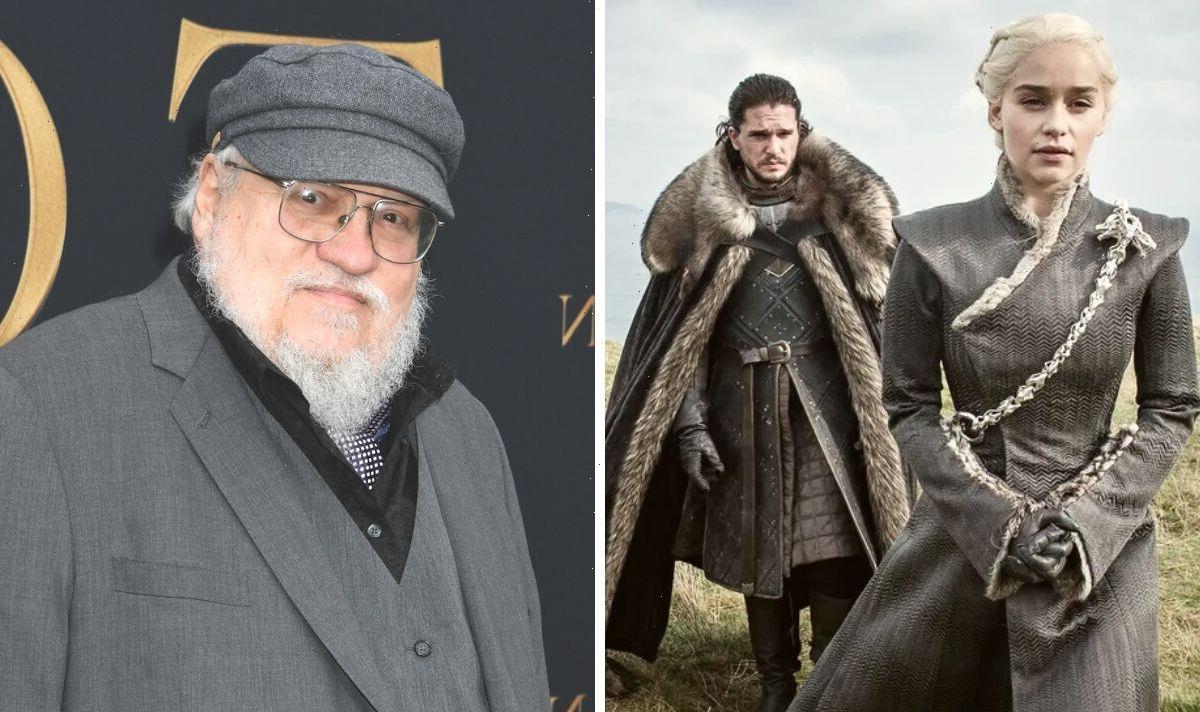 The author of Game of Thrones and its hit spin-off House of the Dragon, George RR Martin hinted there was more to come from the fantasy franchise. However, he confirmed the potential spin-offs have been “shelved” by the network bosses at HBO.

Game of Thrones took viewers by storm when it was first released in 2011 as fans became enthralled with its mythical and political storyline.

Its recent spin-off, House of the Dragon was also a record-breaking hit for HBO as nearly 10 million viewers tuned in to gain insight into the Targaryen family.

As a result, the show became the network’s most-watched series debut of all time.

However, despite its success’ George RR Martin revealed future additions to the franchise have been shelved due to the changes to HBO Max.

George confirmed he had been working on “several of the other successor shows that we’re developing with HBO.”

He added: “Some of those are moving faster than others, as is always the case with development.

“None have been greenlit yet, though we are hoping… maybe soon.

“A couple have been shelved, but I would not agree that they are dead. You can take something off the shelf as easily as you can put it on the shelf.”

“All the changes at HBO Max have impacted us, certainly,” he concluded.

In August, HBO Max and Discovery+ announced they were merging to become one streaming service, set to launch in the summer.

As a result, this has made a huge impact on a number of projects including the highly anticipated Batgirl movie.

Although George didn’t share which shows had been shelved, a number of spin-offs have already been announced and confirmed.

This includes an untitled Jon Snow (played by Kit Harrington) series, which would take place after Jon learned he wasn’t Ned Stark’s (Sean Bean) son, but a Targaryen descendant.

Another project reportedly in development is Ten Thousand Ships, which will be set 1,000 years before the events in Game of Thrones.

It’s expected to follow Princess Nymeria who was known as a true warrior and an ancestor of House Martell who founded Dorne.

While there are a number of other spin-off series reportedly in development at HBO, fans are eagerly awaiting the release of House of the Dragon’s second season.

Although the series won’t return until 2024, its jaw-dropping finale will make season two an unmissable affair.

However, fans can look forward to the release of The Winds of Winter, George’s upcoming addition to the epic fantasy series A Song of Ice and Fire.

The novel will be the sixth addition to the series and will undoubtedly keep fans occupied until the release of more TV adaptations.

Game of Thrones seasons 1-8 are available to stream on HBO in the US and on NOW tv in the UK.