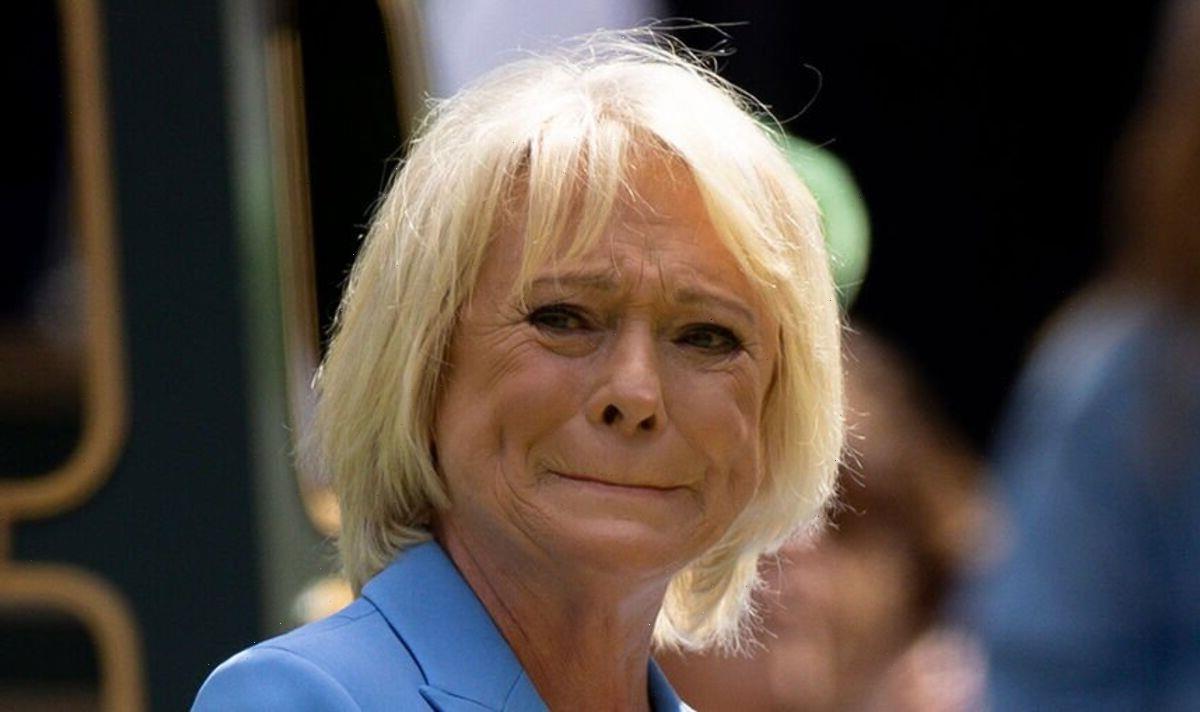 Sue Barker, 66, hosted her final Wimbledon this summer after 30 years, bowing out after the men’s singles final between Novak Djokovic and Nick Kyrgios. In an interview with Express.co.uk Sue reflected on her decision and admitted she “didn’t want to give up” her role, as she admits she is “not looking forward” to retirement.

I didn’t want to give up, I loved the job!

Express.co.uk caught up with Sue at The Women in Film and TV Awards as she was awarded the Lifetime Achievement Award.

The tennis player-turned-commentator was asked how she was doing in December, nearly half a year into her retirement.

She replied: “I’ve been keeping busy. I finished my book so I then went on a book tour so having already said I was retiring I went on this massive book tour all around the theatres.

“So, I’ve been really busy so it hasn’t really sunk in yet but it’s not going to be easy.”

Sue then admitted that it wasn’t her choice to leave Wimbledon but she knew it was the “right time” for her.

She continued: “I didn’t want to give up, I loved the job, so I can’t say I am looking forward to retirement, I’m not, I wish I was younger and could carry on.

“But you know, time, unfortunately, moves on and you have to know the time that is right for you to move on. This was the right time for me and I will go back as a fan and enjoy it.”

This is not the first time Sue has touched on her decision to leave Wimbledon, as she spoke to Lorraine about her move.

She told Lorraine: “I will miss it terribly, I wish I was 30 years younger and starting out.

“I loved the job and I didn’t want to give it up but I felt it was the right time and I could walk out with my head held high, which I was able to do. This was very much my choice.

“The Centre Court standing ovation was, without question, the greatest moment in my career.

“By a long way. I am going to get emotional even thinking about it now.”

Her all-time career-high moment saw her being ranked third in the singles division, with her then taking up the role of a sports commentator.

Sue has since reflected on her lengthy career and the “difficult journey” she had being a woman in sport.

She told Sky News: “When I started in the 1970s – ancient history – women really weren’t playing.

“But then the magnificent Billie Jean King arrived and suddenly won the battle of the sexes, got us a tournament, got us sponsors, got us an association.

“She made my hobby become my career.”

In September 2020, the BBC announced that Barker would leave Question Of Sport, having hosted the show since 1997.

She said that issues around her controversial exit from the show were more about “the way it was handled” rather than any form of ageism.

Sue concluded: “We accept that we don’t own the programme and they have the right to move it on.”