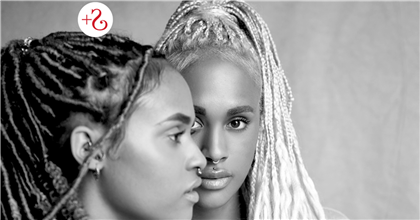 Siblings who grew up under one roof often have starkly different perspectives on their childhoods and families. Why?

When Annie Lewis*, 32, tells people she has a twin sister, she always gets the same reaction. People excitedly ask lots of questions, assuming Annie and her twin have similar personalities and share a close bond. In reality, they are very different people. And while Annie is close with her parents, her sister recently cut herself off from their wider family.

“People assume that you’ll be really tight,” explains Annie. “They think that because you’ve grown up in parallel, you will have parallel ways of being in the world and parallel relationships with your family. That hasn’t been my experience at all.”

When she was younger, Annie couldn’t understand how she and her sister could be so different – or why they had such different attitudes towards their parents and other siblings. After all, they’d grown up in the same household, gone to the same school and known their parents from the same age.

It wasn’t until she was older that things started to make sense, when she listened to an episode of the advice podcast Dear Sugars. It dug into the idea that siblings who grow up in the same family don’t necessarily have the same experience of that family.

“That was the first time I’d heard that idea articulated. It really resonated with me,” says Annie.

This concept isn’t new, but it recently gained traction thanks to a viral clip of Hungarian Canadian physician and author Dr Gabor Mate explaining why “no two kids are raised in the same family”. One tweet sharing the clip, which was lifted from Mate’s appearance on the Live And Help Live podcast, has been viewed 2.6 million times and received more than 150,000 likes. On TikTok, the footage has been repeatedly reposted and liked over 200,000 times.

But what does it actually mean for siblings to grow up in different families, even if they were raised under the same roof?

“Each child within the family elicits a different experience from the parent,” Jodie Cariss, therapist and founder of Self Space, tells Stylist. “That can be about where they are in the order [of siblings], but it can also be about how their personalities are formed and developed.”

This could be down to lots of different things – for example, a family might be struggling financially when one child is born, but be in a better financial situation further down the line when their siblings are born. How parents feel at the time their child is born can also be significant, says Cariss.

“If you have a baby when your career is growing, or you’re feeling lost, or the relationship with your partner is bad, then all of that is projected onto that child,” she says.

Research shows that family dynamics have an important role in shaping who we are. One study found that having siblings helps children develop a greater sense of empathy, while another showed that those who are bullied by their siblings are more likely to experience depression.

It’s not just about how siblings interact with each other – a YouGov poll found that 10% of parents admitted having a favourite child. Cariss says children can pick up on this.

“Parents try not to talk about favourites, but there might be obvious ways in which some children or one child in the family is treated completely differently,” she says.

For Yasin Bojang, 29, being the oldest of five siblings meant experiencing a very different childhood to her brothers and sisters. Having immigrated to the UK from Gambia after she was born, her parents had to work long hours to support their family. This meant that, when Yasin’s brother (her first sibling) came along nine years after her, she often had to look after him.

“It was more of a mother-child relationship than a brother-sister relationship,” says Yasin. “I would go to school and know that I had to be home in time to look after him. My weekends were reserved for looking after him. I remember having to take him into town with my friends and being embarrassed. I thought: ‘No one else’s siblings are here; why do I have to bring my brother?’”

When she was 11, Yasin was taught how to cook so that she could make dinner for her family. Instead of focusing on school, she was encouraged to prioritise domestic chores. As an adult, Yasin realised that other women had experienced something similar, leading her to set up Home Girls Unite, a UK-based support group for eldest daughters from immigrant families.

““Both in the UK and Gambia, it’s a very patriarchal society. Lots of girls grow up in families where they’re forced to take on responsibilities from a young age, especially in immigrant homes where lots of daughters experience being ‘a second mum’,” explains Yasin.

Gender can often be a factor when it comes to why siblings are treated differently. That might be down to cultural norms, as it was for Yasin. But Cariss says that girls can also sometimes elicit jealousy from their mothers, regardless of their background.

“There could be a sense that the mother hasn’t lived out her own potential and as [her daughter] grows up, she becomes resentful,” she says.

The family dynamic you experience growing up can “impact your adult life in a big way” after you leave home, Cariss continues. “Those early relationships inform how we understand relationships. So if you’re in a dysfunctional sibling system, that’s how you’re going to relate to the world.”

The family dynamic you experience growing up can “impact your adult life in a big way”, according to therapist Jodie Cariss

Many families will gather together at this time of year. For some, this may involve navigating difficult sibling relationships. If you want to discuss your feelings with your family, bear in mind that they may have a different perspective, advises Cariss.

“It’s possible that they’re not going to validate your experience. This can cause a lot of problems in adulthood unless you’re all coming at it from the same place,” she says.

Ultimately, you might not be able to change your family dynamic, but understanding why no two siblings grow up in the same family can still be empowering. Yasin has done a lot of work in this area through Home Girls Unite.

“It helped me forgive my parents and have less resentment towards my siblings. It helped to know that this happened for a reason. It doesn’t mean that your parents had malice towards you. They just didn’t have the resources they needed to be the best parents at that time,” she says.

Accepting that her sister could legitimately have a different view of their upbringing was “freeing” for Annie.

“It’s sort of irrelevant that we were mostly in the same place at the same time. We’re different people with different emotional needs and ways of expressing ourselves. That brought out different things in our parents who were also very different people,” she says.

“I think it’s healthy for people to be aware that actually, there is not one fundamental truth about your family. There are lots of different perspectives – and you just have to accept that.”

* Name has been changed