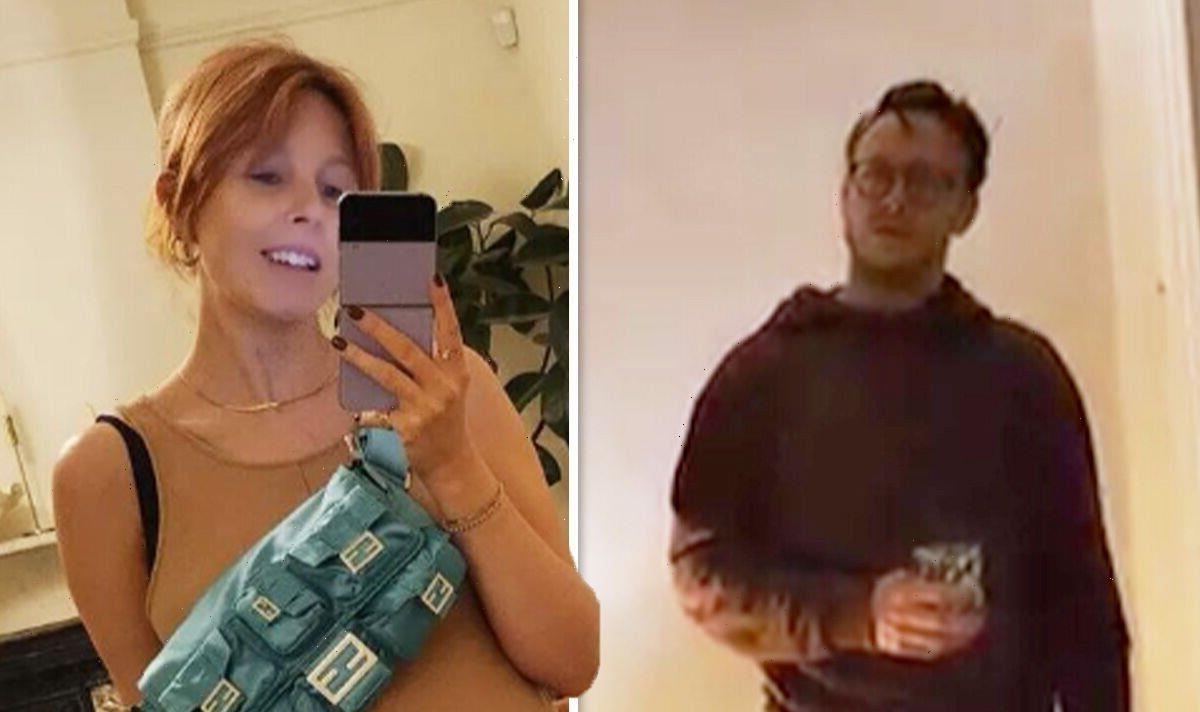 Stacey Dooley, 35, and her partner Kevin Clifton, 40, will welcome their first baby in the new year, almost four years since they started dating. However, Stacey has teased that preparations for the new arrival have been more “drama” filled than one may have hoped.

Taking to her Instagram Story, Stacey shared a clip of the former Strictly Come Dancing professional looking in despair.

He could be seen with his hands pressed up against the wall before groaning: “Why?”

He then stepped away from the wall and hung his head, prompting a chuckle from Stacey.

In the caption, she quipped: “When I tell him he needs to collect something from IKEA.

Stacey confirmed last week that she had completed her last week at work before starting her maternity leave.

She shared a selfie of herself wearing a tan crop top which showcased her blossoming baby bump.

The documentary maker also wore brown joggers and draped a bright blue bag across her chest.

She joked in the caption: “I haven’t got a steriliser yet, but I have got this completely impractical bag for expectant mothers so DON’T WORRY (I’m gonna be great at this clearly).” (sic)

Stacey and Kevin announced they were expecting back in August in a post to her 1.1 million followers.

She posted a polaroid shot of herself cradling her bump and wrote: “Gaaaaaaang…..We are having a baby!

“(Was becoming impossible to hide and if one more person asks me if I’ve had my t*ts done in LA I’m gonna scream). Here goessssssss.” (sic)

Kevin also shared the snap on his page and gushed: “I think my girl @sjdooley looks beautiful pregnant.”

Stacey and Kevin met back in 2018 when they were partners on Strictly Come Dancing following his split from fellow pro, Karen Hauer, earlier that year.

He had also been married twice before. First to his dance partner when he was 20 and then to dancer Clare Craze from 2007 until 2013.

Stacey and Kevin went on to win the 16th series of the BBC dance show and confirmed their romance a few months later.

Stacey previously opened up that she is in no rush to marry Kevin and instead wanted to have children first.

She said during a 2021 episode of Stacey Sleeps Over: “I don’t think I want to get married. I think I’d be more interested in starting a family than getting married.

“I can’t think of anything worse than being a Tradwife. I would be useless, completely and utterly useless. He’d divorce me in a heartbeat.”