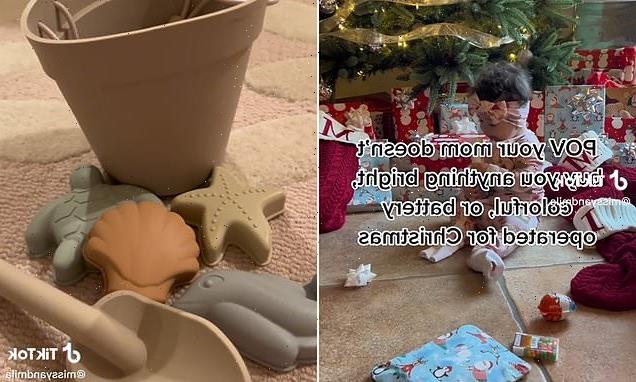 A mother has been slammed for not buying her daughter colourful toys for Christmas – as trolls accused her of forcing a ‘sad beige aesthetic’ on her baby.

Earlier this week, occupational therapist Melissa, from the US, posted a TikTok sharing some of the presents her daughter unwrapped on Christmas Day.

The viral video – which has amassed over 3.1m views – shows two of Mila’s new sets of building blocks which were all in muted tones.

Alongside this, the little girl was given a beige-and-brown teething ring and some stackable duck-shaped buckets in yellow, brown, green and a cool shade of blue. 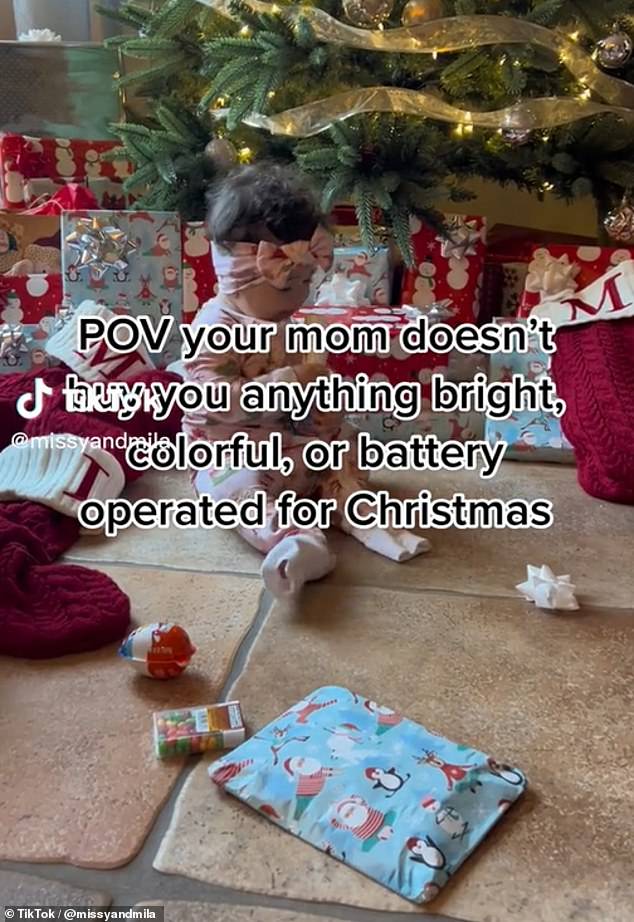 Finally, the little girl also unwrapped a set of plain wooden instruments – including a xylophone, tambourine, maracas, a rattle and a castanet.

Pretending to speak from Mila’s perspective, Melissa wrote in the video: ‘[Point of view:] your mom doesn’t buy you anything bright, colourful or battery operated for Christmas.’

Aware that the assortment of gifts might cause a stir, Melissa used an emoji of a woman shrugging in the caption and added: ‘It was Santa, not me.’ 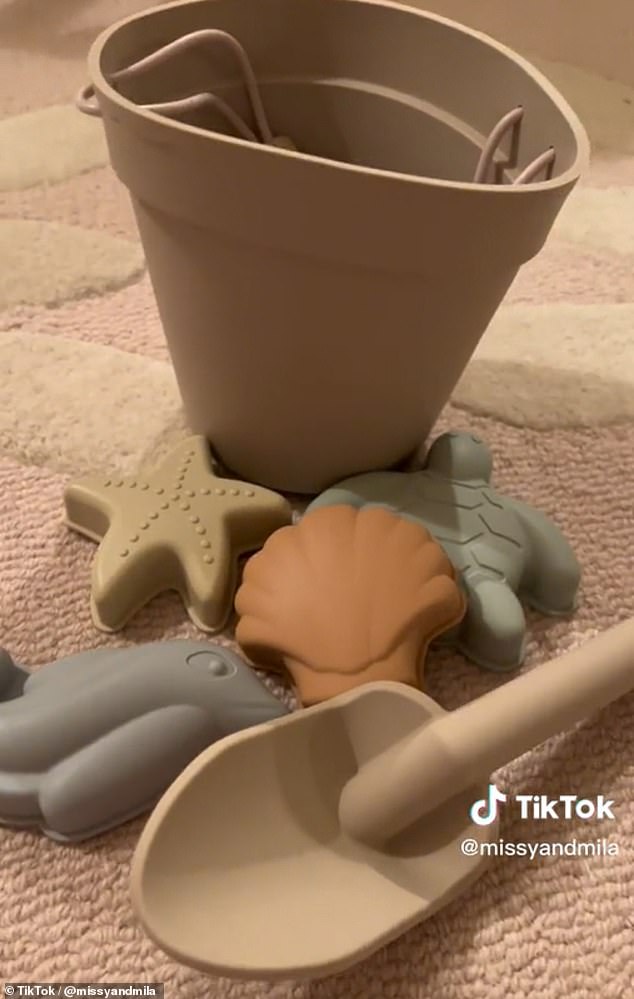 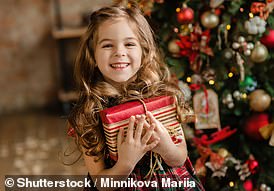 Since sharing the video three days ago, the clip has gone on to rack up over three million views – and people in the comments criticised the strict colour scheme.

Another wrote: ‘“Sorryy sweetie its for my aesthetic Instagram!”’

Suggesting an alternative caption for the video, a third wrote: ‘You buy what you like and not what a child would.’

‘I can’t stand battery operated toys,’ a fourth said. ‘But the lack of color is sad.’

However, others were quick to jump to the mother’s defence – insisting that the toys looked ‘calming’.

‘Those are cute actually,’ one supporter said. ‘People can complain or say what they want but when the kids grows up, they’ll end up deciding.’

‘Kill me for saying this but I feel like bright plastic can be quite over stimulating,’ another argued. ‘There’s still Color here but not too much’

In a follow-up video, Melissa then showed some of her daughter’s rainbow-coloured toys and hit back at people who said her Christmas presents could hinder Mila’s development.

She wrote: ‘As a pediatric occupational therapist, I have EXTENSIVE knowledge in child development and will choose both fun and developmentally appropriate toys for my children.

‘Mila enjoys playing with a variety of toys that are introduced with[in a] carefully selected toy rotation.’

My overweight husband bought me a gym membership for Christmas after making jokes about my size (despite the fact I’m fit and healthy) – do I have the right to be annoyed?