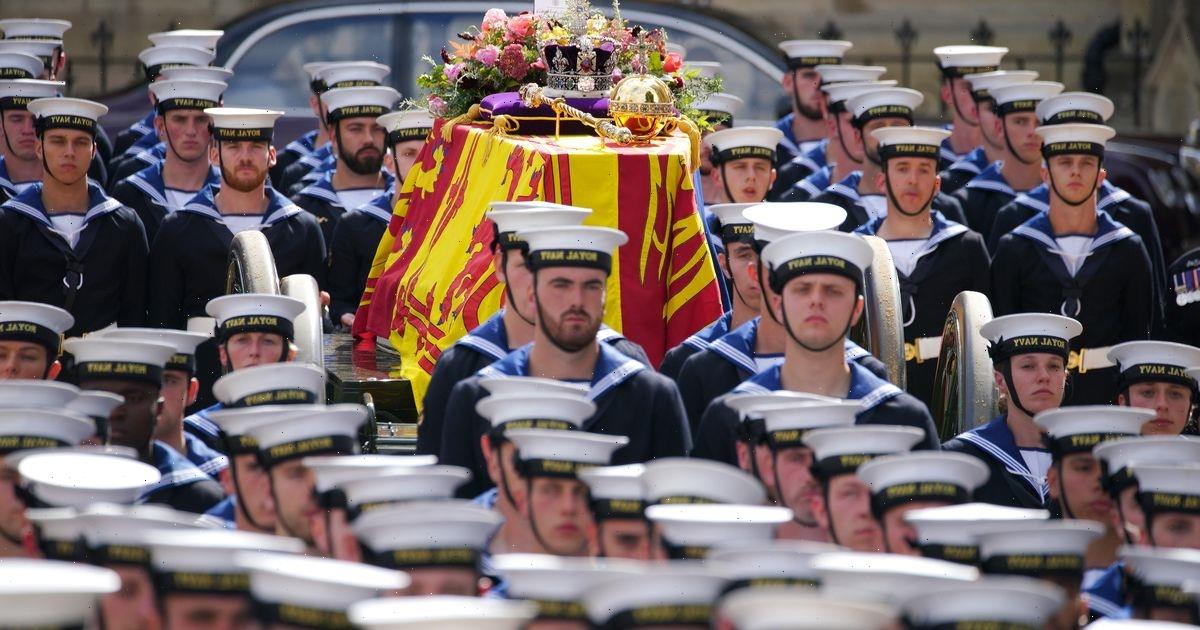 From the Queen’s tragic death in September to the Lionesses historic Euros win at the height of July, 2022 has definitely been a year to remember.

It’s a year that brought us smiles and laughter, as we crowned a new I’m A Celebrity… Get Me Out of Here queen of the jungle and delighted at the expressions of Prince Louis as he cheekily caused chaos at the Platinum Jubilee.

But also a year that was also underpinned by great loss, as several famous faces tragically lost their lives, including favourites such as The Wanted star Tom Parker, Harry Potter actor Robbie Coltrane, and musical icon Darius Campbell Danesh.

Yet no death was perhaps as poignant as that of her majesty The Queen, who passed away aged 96 after an astonishing 70 years on the throne.

Here we take a look back at some of the moments that best captured the mood of the nation in this historic and emotional year.

One of the highlights of 2022 for many, was England’s long awaited victory at this year’s UEFA Women’s Euro tournament.

Victory was secured by Lioness Chloe Kelly after scoring the winning goal during the hard fought final of the football tournament, with sports fans around the country – and indeed the world – all coming together to cheer on the monumental moment.

Capturing the victory celebrations on camera, PA photographer Joe Giddens recalled the moment he was able to capture Chloe’s joy in images that were soon syndicated around the world.

Joe said: “This was a picture that summed up the passion shown by Lionesses on their way to winning the Euros.

“The joy on the faces of the players shows just what it meant to them, and Chloe Kelly removing her shirt and swinging her shirt around her head became the iconic image inspiring women and girls around the world.”

Prince Louis steals the show at the Platinum Jubilee

This year’s Platinum Jubilee celebration was undoubtedly one of the standout highlights of 2022, as the country came together to celebrate the Queen’s 70 year reign.

However, amid the pomp and grandeur of the elaborate celebration, it was cheeky Prince Louis that captured the hearts of the nation as he fidgeted and squirmed through the proceedings before flashing a variety of adorable expressions at the amassed crowds.

One image in particular that sticks in the minds of many royal fans, is the young royal shielding his ears as 70 military planes flew overhead and became deafeningly loud during a special flypast to mark the occasion.

One unexpected moment of the year, was when Queen Elizabeth made a surprise appearance to formally open the new high speed Elizabeth Line in London.

The brand new addition to the Transport for London network, connects the capital to Essex, Buckinghamshire and Berkshire, with the intention of cutting down on commute times for passengers.

Initially, the line had been anticipated to be opened by Prince Edward, but in a surprising change of plan the Queen herself arrived to do the honours, much to the delight of assembled crowds.

Another unexpected but strangely iconic image to delight the nation this year, was the moment that England Captain Harry Kane managed to kick a Coca-Cola bottle in mid air, after it was hurled at him during a match.

The surprising feat happened at the Amex Stadium in Brighton during Tottenham Hotspur’s Premier League win, with the footballing ace managing to land an impressive trick shot as he kicked the bottle mid air after scoring the winning goal against rival team Brighton.

King of the Dancefloor

Another image from the Platinum Jubilee that resonated with many people, was the then-Prince of Wales taking to the dance floor amid the ongoing celebrations.

Roped into a tea dance at Highgrove, Charles appeared to be relaxed and happy as he took a turn around the dance floor in a candid photograph, that showed the senior royal’s more playful side.

The image itself wasn’t easy to capture, either, as the photographer behind the shot Ben Birchall, explained.

Ben said: “It helped being the only news photographer present and I consciously remember pulling back, leaving space to blend into guests and just observing without a camera to my eye.

“I could sense someone would ask him to dance, so I moved into the empty floor space, switched to my 20mm prime lens and sure enough they began to waltz towards me.”

He then continued: “I remember almost swaying with them across the floor to keep them in the frame as I don’t have a zoom lens, which made it quite a personal moment for me also. They both looked as though they thoroughly enjoyed the spotlight and everyone in the room was beaming from ear to ear to see not only how much fun they were having, but how gracefully they danced together,”

Dancing for over two minutes, Ben went on to reveal that the nervous energy had died down in the first ten seconds, with the dance floor soon becoming more crowded as polite conversations replaced energetic giggles.

Grandchildren’s solemn vigil for the Queen

In a more poignant moment this year, a vigil held by the Queen’s grandchildren broke the hearts of royal fans around the world as estranged brothers Prince Harry and Prince William, set aside their differences to stand together in unity beside the Queen’s coffin following her death at 96.

Joined by the rest of the monarch’s grandchildren, including Zara Tindall and Princesses Eugenie and Beatrice, the solemn mark of respect to their late grandmother became a symbol of the Queen’s enduring ability to bring people together, even in death.

One widely used image of the vigil was captured by PA photographer Yui Mok who explained some of the significance behind the ceremony.

Yui said: “The fact that Harry, the Duke of Sussex, got to stand alongside his brother William in military uniform – having been stripped of his military titles after giving up life as a working royal, but given special permission by his father, the King – provided added poignancy to the occasion.

A son and a nation mourn

Another solemn but historic moment this year perfectly captured on film, was the King’s emotional farewell to his mother The Queen, as he placed the Company Camp Colour of the Grenadier Guards on her coffin during the funeral service that marked her final departure from the world.

Resonating with citizens around the world, the emotional moment captured the true weight and burden of grief, as the King placed the colours reverently on the coffin while bidding his own farewell to his mother at St George’s Chapel, Windsor Castle.

In what was arguably the most historic moment in British history to take place this year, the military procession conveying The Queen during her state funeral united the entire nation in a sense of shared grief.

Flanked by a procession of military personnel, the coffin was pulled on a state gun carriage throughout the streets of London during the monarch’s final journey from Buckingham Palace to the Westminster Abbey.

Draped in the royal standard, the coffin could clearly be seen sitting proud above the sea of faces of the service personnel chosen to walk in procession as they accompanied her on the final leg of her solemn journey to rest.

In the immediate aftermath of the Queen’s death, the laws of accession meant that the UK also welcomed a new monarch, as Prince Charles assumed the throne and became King.

In his first address to the nation following the death of his mother, Charles delivered an emotional tribute to the woman that had given him life, while also pledging his steadfast support to live up to the legacy she had left him as he vowed to serve the country with the same level of grace and dedication as he pledged to “uphold the constitution at the heart of our nation.”

Just a few short months after King acceded to the throne, in a more lighthearted moment of the year, the country also welcomed a brand new Queen of the Jungle after footballing icon Jill Scott won the latest series of I’m a Celebrity Get Me Out of Here in the Aussie jungle.

Joined this year in the jungle by royal Mike Tindall, the husband of the queen’s granddaughter Zara Tindall, the series was a welcome dose of levity and normality after a stressful year, with many fans quick to celebrate Jill’s well deserved victory.