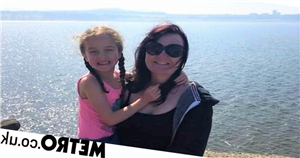 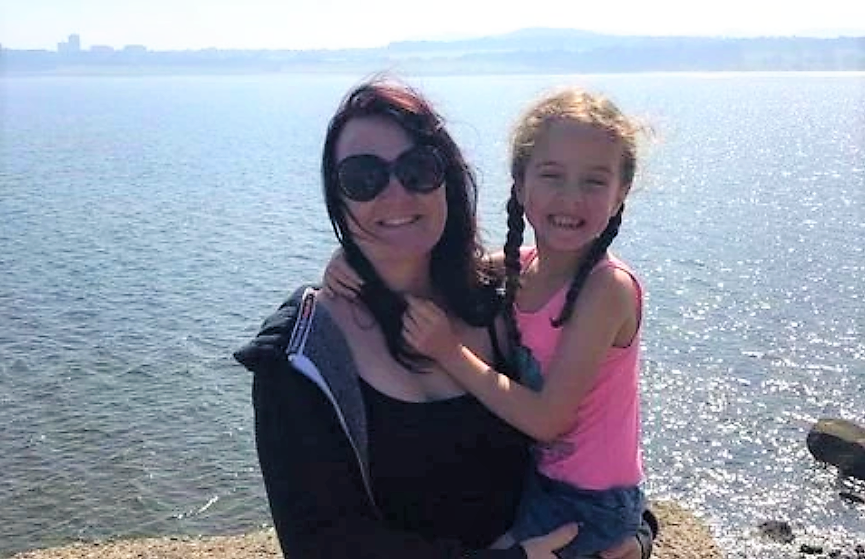 The first time my daughter leaned out of her buggy, pointed to a sign in a shop and said, ‘Exit’, I thought it was just a fluke. A coincidence.

Then she did it again. Looking up at me with her big brown eyes, my two-year-old Sienna gestured to a sign above an elevator and read aloud, ‘Lift’.

It began to happen on a regular basis. I’d be out shopping with my sister, with Sienna in her buggy, and she’d read out the words from road signs and notice boards.

‘That’s so weird,’ we laughed.

People started commenting on how advanced she was and asking whether I’d been teaching her how to read, but at home she was looking at the same picture books that all toddlers have, and running through her ABCs.

It was another year before she was diagnosed with a condition called hyperlexia, and suddenly everything fell into place.

Sienna was born prematurely in May 2013, at 30 weeks, by emergency C-section after I fell ill with pre-eclampsia, a serious pregnancy complication where the mother’s blood pressure becomes dangerously high.

I only caught a glimpse of my baby before she was whisked off to neonatal intensive care. She looked like a wee monkey – tiny, wrinkled and covered in a fine down of hair.

I was in shock, it had all happened so quickly. Suddenly she wasn’t in my belly anymore but I was so relieved she was OK.

She weighed just over 2lbs and initially needed help breathing. It was six weeks before I was able to take her home, and unsurprisingly she missed her baby milestones.

She was delayed rolling over, sitting up and finding her feet, and only started walking after her second birthday.

Because she had been born two and a half months early I wasn’t too concerned – the health visitors had also warned me she could be a little delayed because of this. She was getting there eventually – and in my mind, that was the main thing.

She was also two before she said her first word – a fairly standard ‘hiya’ – but from there she quickly moved into full sentences, often repeating phrases from the TV.

‘Sky, believe in better!’ she parroted over and over again after seeing the Sky advert on telly. By two-and-a-half, she was reading off signposts and notices when we were out and about.

Sienna had just turned three when she read her first book. Her granddad had bought her a personalised story called Princess Sienna and the Pony.

I was reading it to her one evening at bedtime when, suddenly, she just took over. She was pretty much word-perfect; I was so gobsmacked I got my phone out and started filming her.

Her babysitter couldn’t get over it. She’d hand Sienna things like receipts, shopping lists and food packets, and watch in awe as my daughter read the words in front of her.

Meanwhile, at nursery her teachers had raised some differences with Sienna’s behaviour and her interactions with other children. She found friendships difficult and we were referred to an educational psychologist.

When Sienna was four, she was diagnosed with autism, and when I explained to her specialist that she could already read, he told me about a condition called hyperlexia.

This syndrome is defined as a self-taught ability to read in very young children (mostly before the age of five), and younger children, who can read fluently without any understanding of what they are reading – like Sienna with her road signs. It is sometimes – although not exclusively – seen in autistic children.

I found it ironic that after her early start to life, being born so tiny and missing her first milestones, Sienna had now become so advanced in this one particular skill.

When Sienna started school I don’t think the teachers believed me at first when I told them my daughter was already reading. After all, it’s only natural for parents to think of their own children as advanced.

But when they actually saw her doing it they were pretty shocked. They had to give her books intended for much older children, just to keep her interested.

Now nine years old, Sienna is a complete bookworm and can get through a young adult novel in a day. She loves to take a blanket out into the garden in the evening and curl up on our trampoline with a book.

I have to be so careful because she’ll pick up absolutely anything and read it. I got her a library card recently after catching her with one of my James Patterson novels. I recently caught her reading one of my books called How to Kill Your Family, with a cheeky grin on her face.

She loves reading aloud to her little brother, Grayson, two, too. At school she is in a class for children with special educational needs because of her autism and she really doesn’t like maths.

But she’s also brilliant at spelling; her teachers struggle to find any words that she doesn’t know. We joke that she’ll be fantastic at pub quizzes when she grows up.

For now, though, I’m happy that my daughter has such a wholesome interest. In a world where so many kids are addicted to their screens, it’s lovely to see Sienna engrossed in a good book.

As told to Jade Beecroft