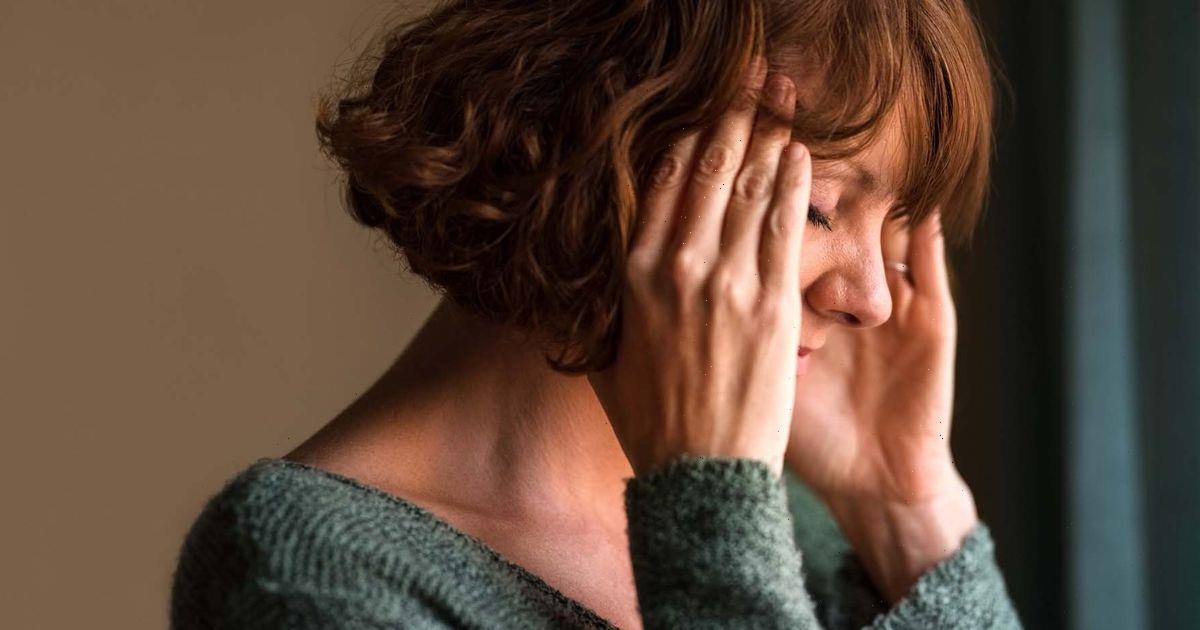 Davina McCall has done wonders to break the stigma of Hormone Replacement Therapy, sharing her daily routine of creams and patches, so it’s perhaps no surprise that the number of women taking HRT rose by a third last year.

It boosts hormone levels that wane as women age, helping to alleviate symptoms associated with the menopause. Martine McCutcheon and Tamzin Outhwaite have also declared HRT a 'game-changer'.

However, not every woman can, or wants to, take HRT. You might find it clashes with other medications or maybe you’ve tried it already and it doesn’t suit.

"HRT can improve all symptoms of the menopause," says Dr Philippa Kaye in her book The M Word. "From vasomotor symptoms – hot flushes and night sweats – to fatigue, joint pains, brain fog and more… but there are other treatments available."

These include medications prescribed by GPs – Clonidine, which is used to treat high blood pressure but can help with hot flushes, and Pregabalin, used to treat nerve pain but which can also reduce debilitating flushes.

But what if you prefer the 'natural' way? Well various options are out there, but Dr Philippa warns that "natural does not necessarily, or always, mean safe." This particularly applies if you are on tamoxifen, have a hormone-dependent cancer, or have liver damage.

So if you go down the herbal route she advises, "please inform your doctor" and look for the Traditional Herbal Registry mark. "It tells you that it has been subject to stringent regulations; that each tablet contains what it says on the label, at the dosage stated on the label."

Here Dr Philippa rates some of the natural HRT alternatives, from herbal supplements to therapy…

These are naturally occurring oestrogen-like compounds found in plants. It is thought that they can act like oestrogen in the body, and therefore may help with menopausal symptoms. Women in countries where the diet is naturally high in phytoestrogens – found in foods such as soy beans, eaten commonly in Japan – seem to have fewer symptoms during the menopause.

Supplements are available, or you can adapt your diet to increase the amount of phytoestrogens you eat. They are found in soya beans, soy products such as tempeh (but not the sauce!) some seeds and legumes such as linseeds, lentils and wheat berries, fruit and vegetables such as yams, strawberries, beansprouts, tomatoes.

Magnets are thought to promote healing and balance the nervous system. Some women report that wearing a magnet on their underwear, such as the LadyCare device, reduces menopausal symptoms, though there is no evidence to support this finding.

This involves inserting very fine needles into the body in specific places depending on the symptoms experienced. There is some evidence to suggest that acupuncture may help with hot flushes, but the study did not compare it to a placebo group (because this would not be possible with acupuncture; you know if you have had the needles inserted or not!).

Cognitive Behavioural Therapy specifically aimed at menopausal symptoms can help you manage them better, even those you traditionally might think are more physical such as hot flushes and sweats. The improvements seen in these symptoms in trials of women having CBT were maintained even six months after the course of CBT was finished.

It’s traditionally used to treat hot flushes. Commercial teas containing sage extract are available, though some people simply steep the leaves in hot water. Sage extract is also available as a tablet. Research is ongoing into the effectiveness of sage, but there is some evidence to suggest that sage supplements may help with hot flushes and sweats. Again, if you are taking tamoxifen your doctor may advise you to avoid sage.

This would seem to make the most common sense – scientists manufacture HRT from yams so why not just take yam extract supplements, or use a cream containing wild yams? But there isn’t evidence that this works; the body cannot break down the yam into the oestrogen and progesterone needed.

Also known as chasteberry, it can be used as a tablet or a tincture (where the herb is dissolved in alcohol) and is used for multiple women’s health issues such as period pain, heavy periods and PMS. Although often promoted for use in the perimenopause and menopause, there’s little data available regarding its effectiveness on specific menopausal symptoms.

Traditionally used by Native Americans to help with labour and period pains. It seems to affect serotonin levels in the body, and we know that medications affecting serotonin can help with hot flushes and also mood changes; however, there is no evidence that it’s effective for menopausal symptoms.

The M Word: Everything You Need to Know About the Menopause by Dr Philippa Kaye (Vie, £9.99) is out now