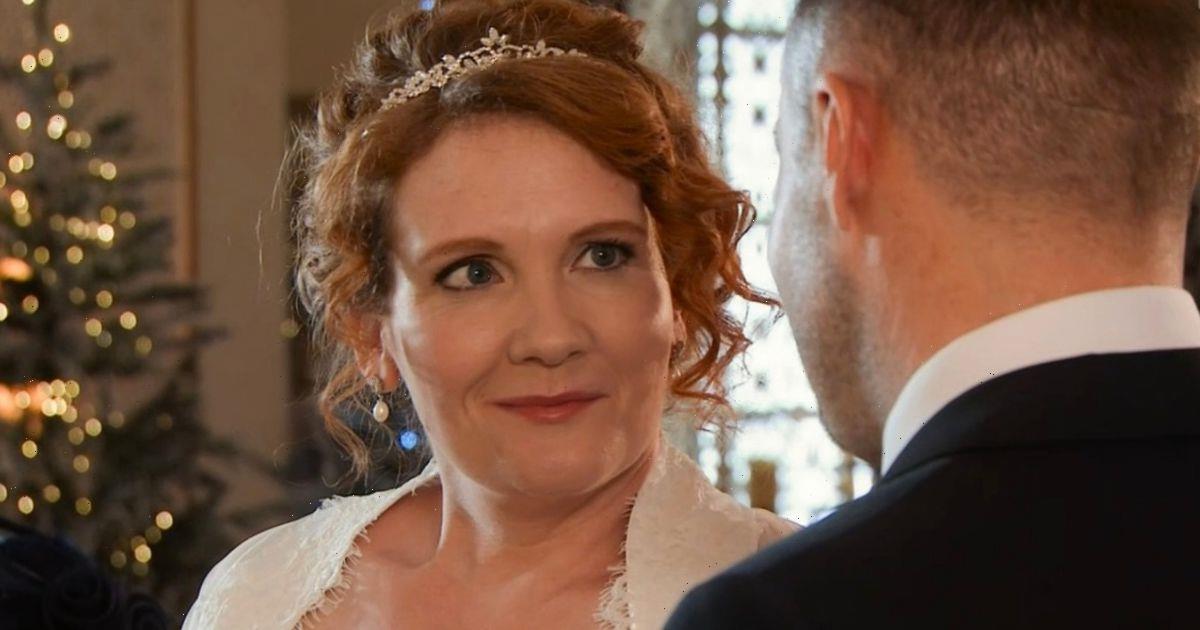 Coronation Street fans were very distracted when they spotted a racy-looking item lying around at Fiz Stape's house during a Christmas episode.

But as smitten as the happy couple are after their big day, it appears their choice of Christmas decorations could use a little work.

Soap viewers were left scratching their heads when they noticed what appeared to be a large pink book-shaped cushion sitting on the living room table during the episode on Boxing Day (December 26).

And to make matters worse, the seemingly X-rated cushion was left right next to Tyrone's daughter Ruby and Fiz's daughter Hope as they were sat up at the table.

Eagle-eyed viewers rushed to Twitter to talk about the cheeky plush cushion – which apparently featured a large pink nipple at the bottom.

One fan asked: "Why's there a big plushy boob on Fiz and Tyrone's table?

A second wondered: "Is that a fake breast on the table?"

A third tweeted: "Why is there a boob cushion on the table? I know it's Tyrone and Fiz, the couple that taste forgot but still…"

A fourth joked: "Festive boob is not a traditional Christmas decoration, but it certainly jazzes the place up!"

A fifth admitted: "Ok I need a big boob cushion……"

Fiz and Tyrone were as loved up as ever in the scene, with Fiz telling Tyrone: "I can't believe I'm your wife."

Tyrone asked her: "What was your best bit? [of the wedding]"

Fiz cheekily hinted at bedroom antics when she replied: "Honestly, the lie-in this morning," before adding: "The wedding night. That room."

But Ruby and Hope were more interested in grabbing some new gifts as Ruby asked: "Are we going to the sales or not?"

Ruby chipped in: "Yeah, I need some new headphones."