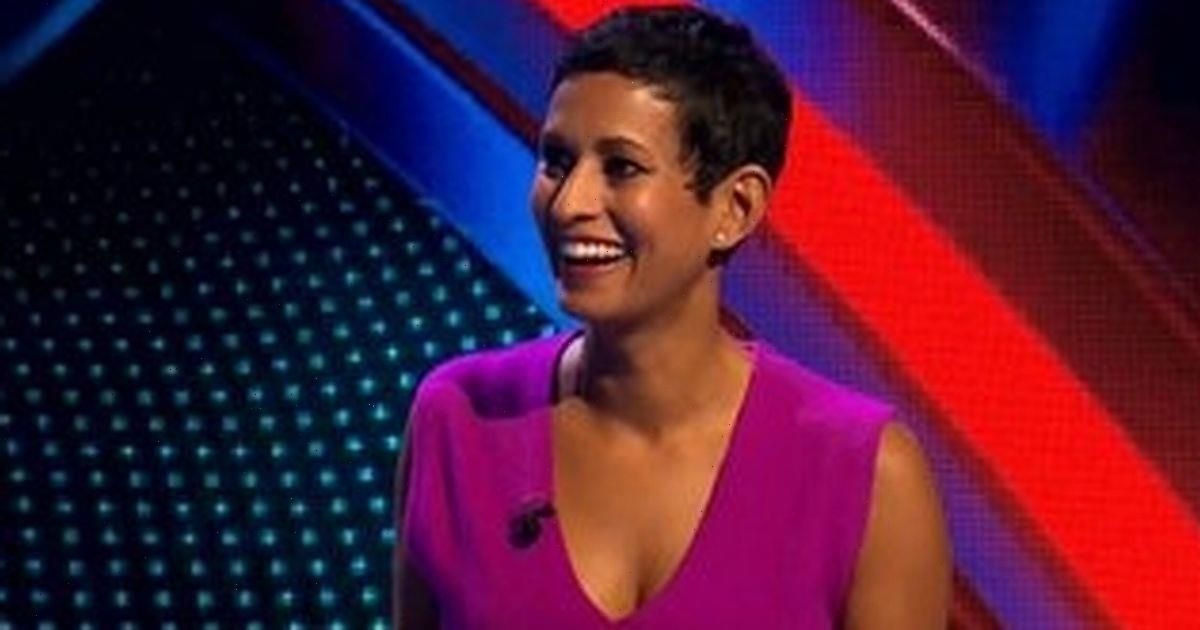 The BBC Breakfast co-hosts were among the celebrity contestants on tonight’s episode of the hit quiz show.

During one round, Naga failed to impress the group and racked up the most votes to be sent home, with even Charlie picking her.

The shocking decision caused tension in the studio and host Romesh Ranganathan was stunned.

Charlie claimed he picked her because she was the only other player to get a question wrong, but was then told Mr Motivator also got one wrong.

Naga said: “It was a difficult round.”

Romesh admitted: “I’m just going to move on because it is super awks.”

As she left the studio, Naga said: “Revenge is a dish best served cold.”

In an interview after filming, Naga let rip and said: “No one likes being voted off. If it’s fair, that’s fine.

“If it’s betrayal from people who you are supposed to think have your back, it’s a different matter.”

The morning programme is usually hosted by a variety of stars including Jon Kay, Sally Nugent, Naga Munchetty and more.

However today, Ben presented the show solo on the red sofa in the studio.

Some BBC viewers took to social media to share their thoughts on Ben hosting the programme.

One fan said: “Ooooo the lovely @BenMBoulos on @BBCBreakfast this morning."

Another added: “Just tuned in & seen great start to the day.”

While a third tweeted: “So good to see you on the red sofa, presenting @BBCBreakfast. Enjoy your first programme of what I hope will be many sitting on Britain’s favourite breakfast sofa."

A fourth shared: “A belated Christmas gift to your viewers, @BenMBoulos . It's always a delight to see you on telly!”

A fifth put: “This is great and you’re looking great too.”