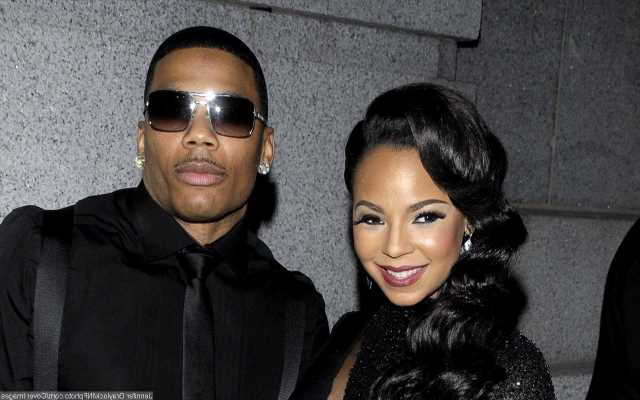 The RnB singer previously shared on ‘Watch What Happens Live with Andy Cohen’ that she was shocked by the number of fans who asked her and Nelly to get back together after they put out an intimate performance earlier this month.

AceShowbiz –Ashanti might no longer date Nelly, but she doesn’t rule out collaborating with him for new music. When appearing on “The New Norm”, the “Foolish” explained that she doesn’t mind working with her ex again as long as they can earn good money.

“The majority of the questions I’ve been getting lately are, ‘Oh, are y’all getting back together?’ ” the 42-year-old revealed when speaking to Selena Hill. “But releasing music together? The one thing that I can say is that we’re both very business savvy. So, if something is presenting itself as an opportunity to get money, we’re probably both gonna be with it.”

“I don’t know if we’re gonna go to the studio or anything together,” the R&B star continued. “But what I will say is, again, we’re both very business savvy. If an opportunity presents itself to make a record and get to the bag, we’re probably gonna be all in.”

Ashanti and Nelly started dating in 2003 before seemingly calling it quits in 2013. At the time, the songstress hinted at their split during a Hot 97 interview as she jokingly asked, “Who said we had a relationship?”

The two, however, managed to stay amicable despite their separation. Back in August, the pair surprised fans by hitting the stage together for the “My 2000s Playlist” concert at Oakland Arena. Earlier this month, they reunited once again and put out an intimate performance of their collaborative 2008 hit, “Body on Me” at Power 98.3 and 96.1’s “Under the Mistletoe” concert in Arizona.

Following the latter gig, Ashanti admitted that she was shocked by the number of fans who asked them to get back together. “My reaction was wow. It was a lot of comments and a lot of people wanting that,” she shared on “Watch What Happens Live with Andy Cohen“.

Of their possible romantic reunion, the Long Island native said, “What I will say is we’re in a better place.” She further elaborated, “You know, cause before, it was like [mimics fighting]. But we’re cool now. Yeah, we have some conversations, you know. So it’s cool.”