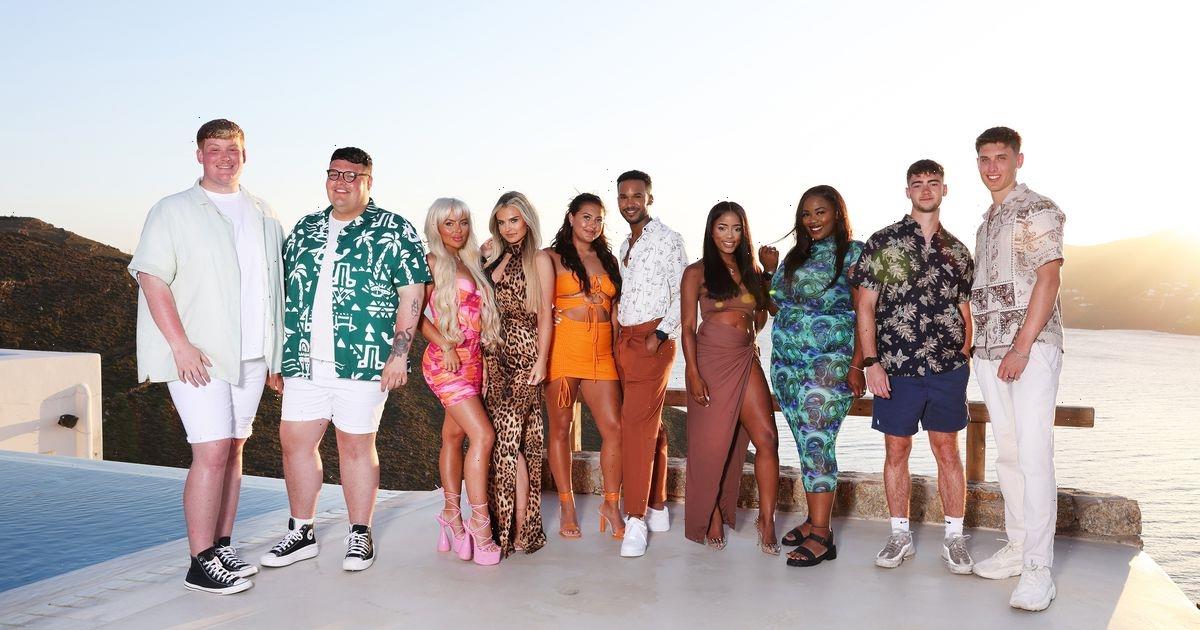 A hot new reality game show will see party-loving couples island-hop throughout Greece's sunkissed Aegean Islands as they compete to control and spend 50,000 euros in a Love Island meets Ibiza Weekender meets Race Across The World mash up.

Loaded In Paradise starts with five pairs and a gold card pre-loaded with cash, meant to be squandered on the wildest and most over-the-top trip of their lives. The twist? Only one pair can be in control of the money at any time.

The lucky pair must live their best lives on the run and try not to be caught by the other couples, whose job it is to hunt them down and try and take control of the card which will be loaded up with a daily fresh cash injection.

A lavish safehouse will open at the end of each 48-hour chase, and everyone will reassemble there. These hubs, which are scattered throughout the Aegean islands, will allow viewers to witness the drama and fallout of the chase as the players all come together.

Naturally, on the final leg of the chase there'll be a big twist as everyone chases the Gold Card one last time.

Ieuan, 22, and Kane, 21, are best friends from Wales and Bristol, first meeting via TikTok and describing themselves as “the gay Ant and Dec”.

As well as their social media work, Kane currently works as a customer service assistant at Screwfix, and Ieuan works in a pub “dealing with Karen's all day”.

They plan to spend the money on the gold card on Indian food, saying: "Get me that 24 carat Indian food, ideally a chicken tikka or a lamb madras”.

As for their game plan, Ieun said: 'I'm trying to concentrate on not sweating. we're stupid and I think it would hep us if we got the card/ we bicker, we won't fall out, we'd get tattoos , something weird and spontaneous.

Millie, 27, and Amelia, 22, are also best friends from Cheshire and Bury. Amelia works in a gym as an instructor and Millie is an accounts assistant at a civil engineering company.

Describing their friendship, Millie said: "Amelia is absolutely mental, when we’re together Amelia brings out something severely thick inside of me, I go from Marilyn Monroe and pretending to be dumb, to actually dumb”.

Meeting during a photoshoot in Marbella, the girls are both single and are keen on having a holiday romance. Discussing their game plan, Millie said: “We are both blonde but we aren’t stupid so we can use that to our advantage to really play on the dumb blonde stereotype to fool people.”

As influencers, both Millie and Amelia have met a lot of famous faces and Millie even had a famous next-door neighbour as a child. Millie admitted: “When I was four I also lived next door to Harry Styles and we used to play mums and dads in his garden shed, he had an amazing playhouse and I would bring my doll over. I’d love to see him now and remind him that we used to play mums and dads together.”

Both from Brighton, Kishon, 24, and Kara, 24, have been friends for 6 years with Kara at one point dating Kishon’s brother for a year and a half. Kara joked: “Kishon’s brother hates that me and Kishon are now best friends. I can’t escape the family”.

The pair describe themselves as “divas and confrontational”, which can end up getting them into trouble. Both big spenders, they admit camping and hostels are their worst nightmares and so aren’t afraid to play the game “dirty”.

Kishon revealed: “It will be carnage with me and Kara, I will be going mad if something doesn't go right. Kara is more chilled than me which might be tricky if we are up against the clock and there is pressure on us to get hold of the card. It will be fun, but there will certainly be drama.”

Karra, 28, and Jasmine, 27, from Milton Keynes will put their sister bond to the test on this once-in-a-lifetime roadtrip. Karra works as an admission officer at Cranfield University and Jasmine is a project manager for a data communications company, both living together with their mother and Jasmine’s four-year-old son Avery.

Describing themselves as best friends, with birthdays one day apart, both have strong personalities although Jasmine often calls the shots despite being the younger of the two. Karra admitted: ““We are all about luxury, first class everything, five star everything. Me and Jasmine thought, if we can get it for free, why not?”

As for their game plan, Jasmine said: “I think our USP is the fact that we are sisters and we can understand each other without even having to speak, that's our advantage.”

Jamie, 22, and Guy, 21, from Reading and London, have been friends for 15 years after meeting aged 6 and attending the same all the way up until university. They friends are both very competitive with one another, revealing how during secondary school everything would become a competition whether that be who had the best Fifa team to who could eat a packet of sweets the fastest.

Guy’s interesting claim to fame is he once went home with Ulrika Jonsson. He explained: “We are mates with her daughter, she’s one of our best mates and we were out with her and her mum but Ulrika pulled a prank and put it on her Instagram story saying ‘I am going home with two lads’. A newspaper then got hold of it and there was a big story about Ulrika going home with two guys which was quite funny.”

Both are keen to spend their money on going out and experiences and reveal their plans to play the role of spy. Jamie said: “In the safe house I was thinking to pose as a friend but be a bit of a spy at the same time, talk to people as friends but plant seeds or ask questions to get answers which we can then use against them. ”